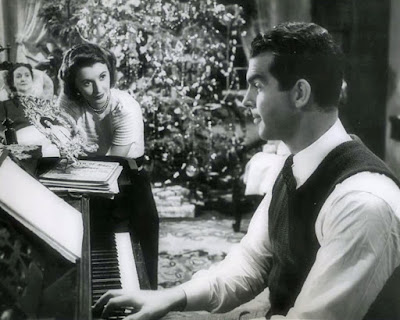 Before Barbara Stanwyck and Fred MacMurray became embroiled in murderous insurance fraud, they were paired together in this pleasing seasonal screwball scripted by Preston Sturges.

Stanwyck plays Lee Leander, a shoplifter arrested in the run-up to Christmas for filching a $5,000 bangle. MacMurray is John Sargent, the prosecutor at her trial who realises that juries are prone to be more forgiving than usual around the holidays so connives to get her case postponed until the new year. Feeling guilty about his actions condemning Lee to Christmas in jail, Sargent secures her bail and befriends the girl, learning that she too hails from Indiana and offering to drive her home to restore relations with her estranged mother. When this venture proves a disaster, Sargent invites her to spend the season with his own family where, naturally enough, they fall in love. But what to do about her legal battle? 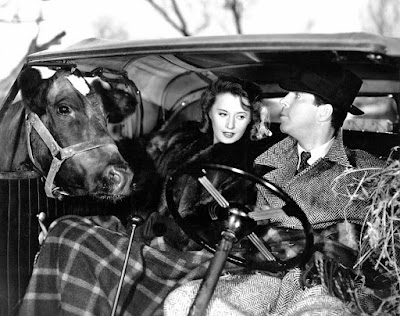 Sturges' script - his last to be directed by someone else, Mitchell Leisen in this case - follows the screwball comedy playbook to the letter, sending a mismatched pair out on the road as in It Happened One Night (1934) and revolving around a very Capraesque romantic thawing, as Stanwyck's tough gal learns to put aside her well-worn cynicism and believe in the simple homespun decency of her foil. The Indiana Christmas scenes around the Sargent hearth are especially heart-warming, however, and nicely contrasted with the grim Gothic melodrama of Lee's unhappy return to the cruel matriarch she deserted years before. There's also some lovely interplay between Beulah Bondi and Elizabeth Patterson as Sargent's gently sparring mother and maiden aunt respectively, the pair bickering over burnt biscuits and quietly conspiring to bring the young lovers together. There's something oddly moving about these women awaiting the return of their adored golden boy, the absence of Sargent's late father never mentioned but still clearly felt around the dinner table.


Other nice character business comes from Willard Robinson as Lee's attorney, a frustrated thespian quite spellbound by his own rhetorical brilliance, and from John Wray as a mean Midwestern dairy farmer who takes exception to the travellers parking in his cow pasture and embarks on a citizen's arrest. Not all country folk are sweet, it seems: some are every bit as venal, resentful and vindictive as New Yorkers, a fine lesson from the inimitable and deeply wise Sturges. His own pithy summary of the film? "Love reformed her and corrupted him."
Posted by Joe at 08:48