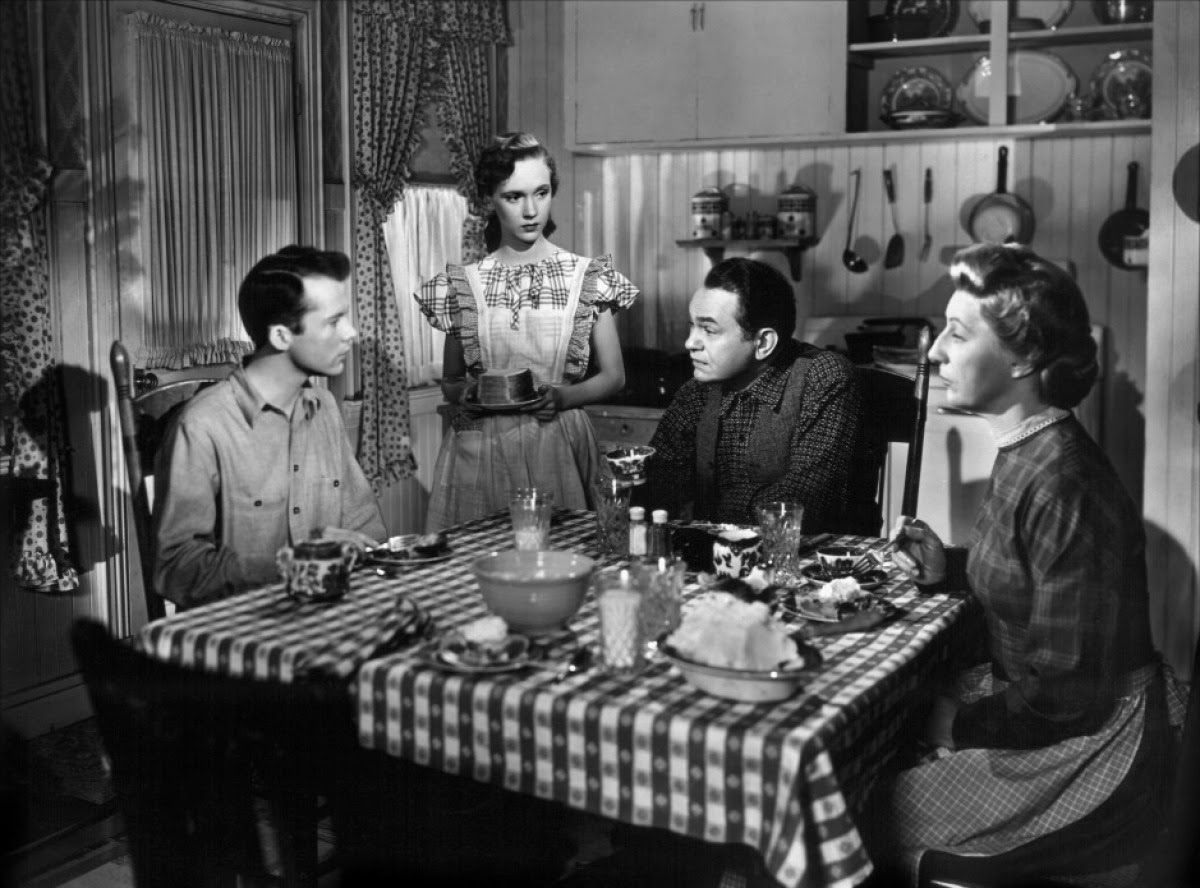 What's eating Edward G? As gentleman farmer Pete Morgan, he's first seen doting on his adopted daughter Meg (Allene Roberts) and making a generous offer to his new hand Nath Storm (Lon McCallister), hired to help around the place on account of Pete's increasing years. But when the boy announces his plan to return home from his first day on the job via a shortcut through Oxhead Woods, Morgan wigs out and frantically warns Nath to stay out of this haunted land. The mystery appears to have something to do with the titular red house, standing neglected and lost somewhere amidst the trees. Nath and Meg set out to uncover the truth behind Pete's torment, despite his warnings not to.

An interesting example of the rural noir sub-genre* from the underrated Delmer Daves, director of Dark Passage (1947) and 3.10 To Yuma (1957), which finds its star essaying another troubled neurotic after his turns in The Woman In The Window (1944) and Scarlet Street (1945) for Fritz Lang, all roles that offered counterpoints to the grandstanding gangsters that made Robinson's name. Pete Morgan, a once vigorous and independent specimen of American masculinity now reduced to limping on a wooden leg, stands for a generation of returning U.S. soldiers scarred by their experiences of war. 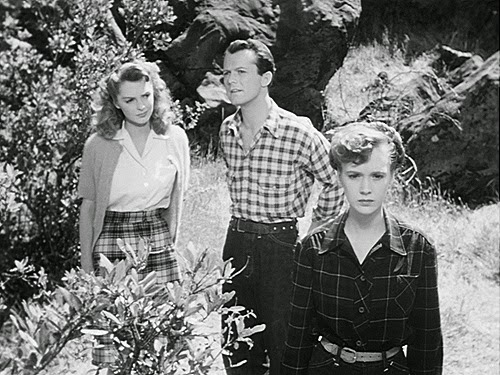 The Red House has a lot going for it. Its juvenile leads are good, as is the support from the brilliant Judith Anderson (Mrs. Danvers in Hitch's Rebecca, 1940) as Morgan's self-sacrificing sister, pop star Julie London as Nath's sultry love interest Tibby and Rory Calhoun as a feral gamekeeper whose middle name is presumably "Danger". However, the talky, Freudian resolution to the kids' detective work is anti-climactic and would perhaps have been better presented as an atmospheric flashback.

*I'm not altogether sure what else we could include in this grouping without stealing from the Southern Gothic canon. Winter's Bone (2010) at least.
Posted by Joe at 11:27