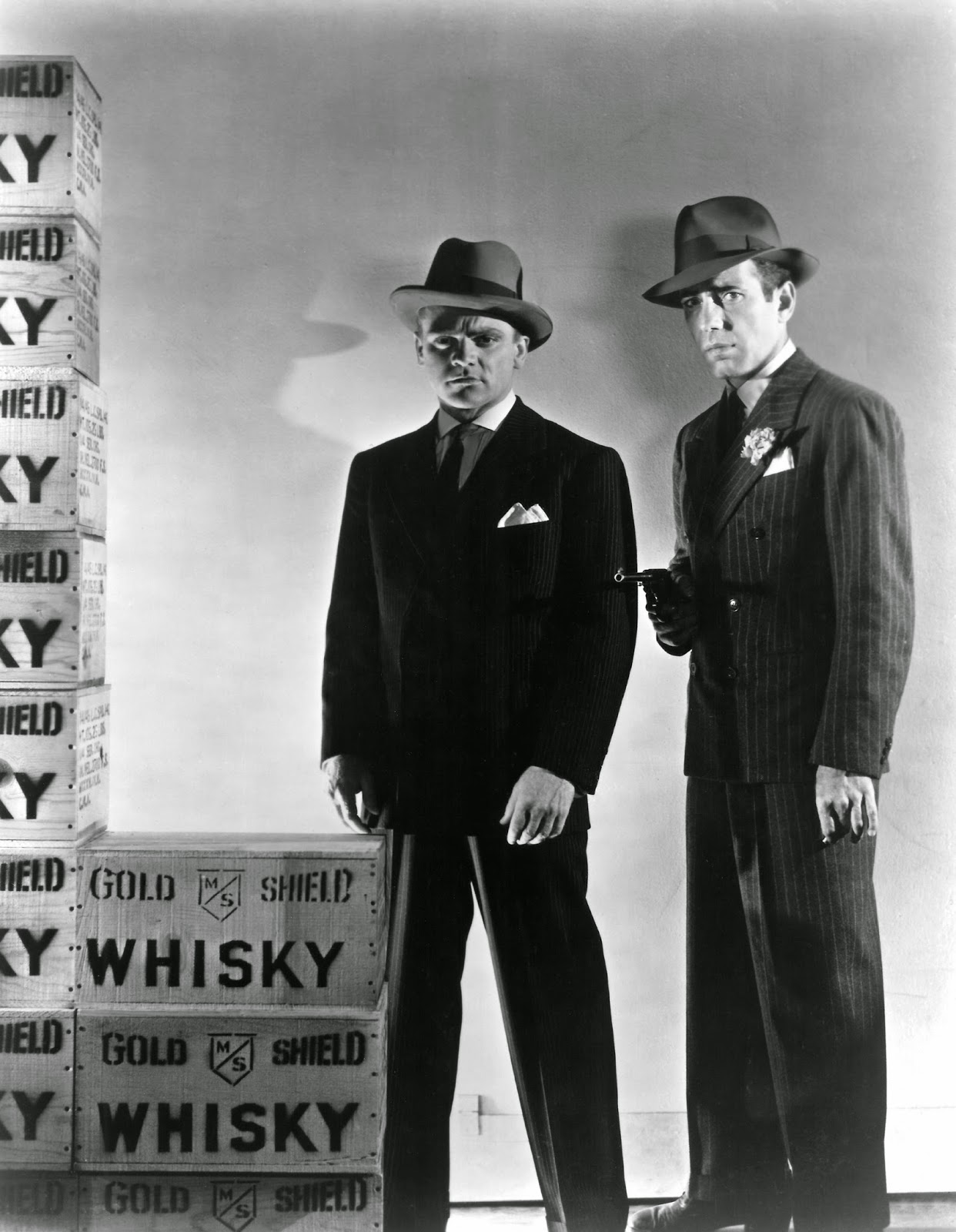 Warner Brothers hired syndicated newspaper columnist Mark Hellinger in 1937 in a bid to bolster its reputation for making realistic pictures "ripped from the headlines", founded on the success of films earlier in the decade like Little Caesar (1931) and I Am A Fugitive From A Chain Gang (1932). Hellinger was the sort of flashy character who wore loud blue shirts and white ties in hot weather and made a point of driving a car repossessed from Dutch Schultz. This Jimmy Cagney vehicle directed by Raoul Walsh was the first fruit of his partnership with Jack Warner and was based on one of Hellinger's own short stories, 'The World Moves On', about the criminal heyday of Prohibition. 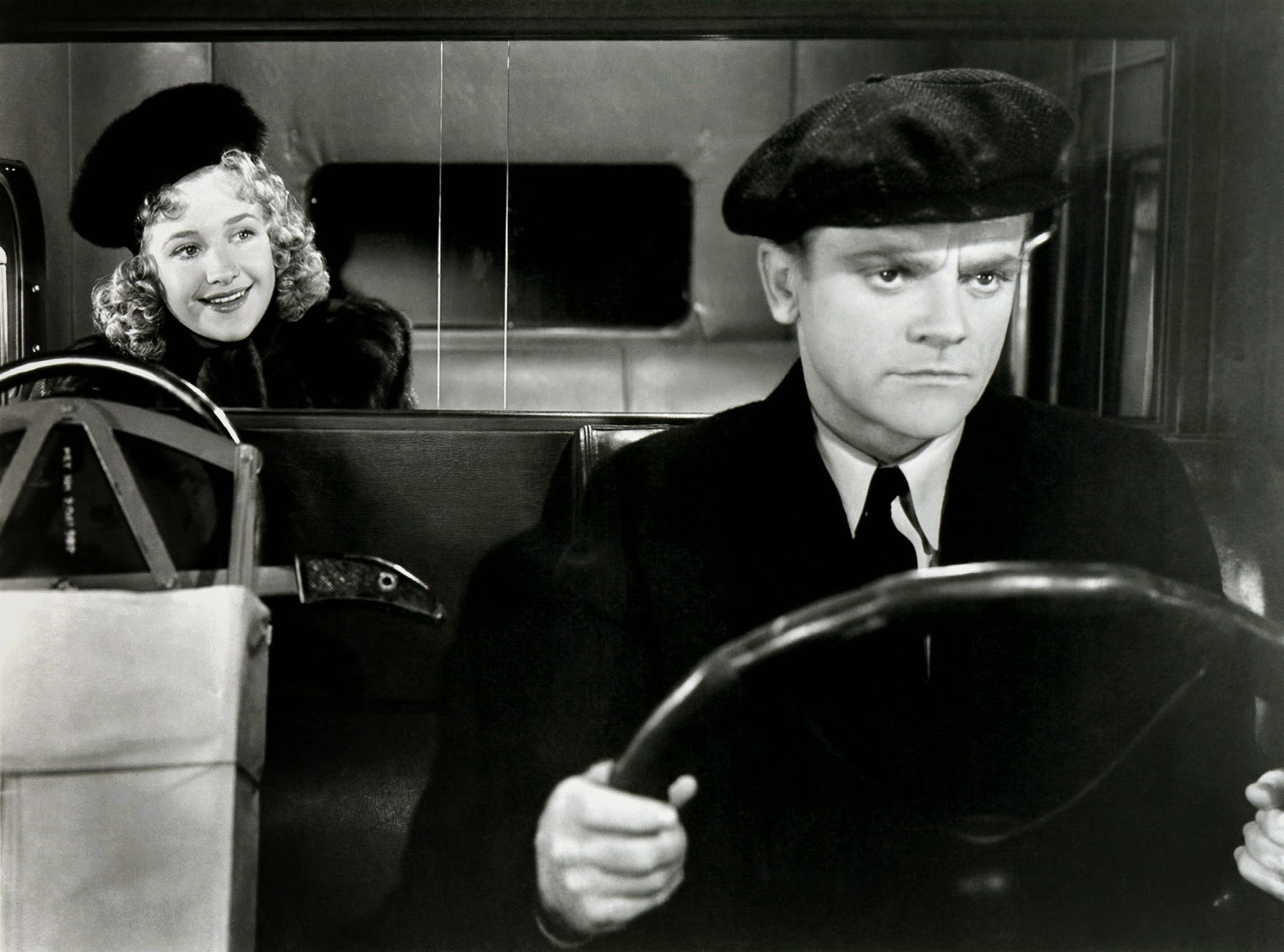 Producers Hal B. Wallis and Sam Bischoff worked hard to emphasise the authenticity of The Roaring Twenties, opening with a signed endorsement from Hellinger and a montage of news reel footage counting backwards in time from the rise of Hitler in the present day to the stock market crash of 1929 and the outbreak of the Great War.

We're then introduced to Cagney's garage mechanic turned doughboy Eddie Bartlett, who dives into a French foxhole to escape enemy shellfire and there encounters sadistic George Hally (Humphrey Bogart) and frightened law student Lloyd Hart (Jeffrey Lynn). The three men bond over cigarettes and discuss their plans for the future. Back in the US, Bartlett finds it near impossible to get a job and becomes embittered, finally resorting to driving a taxi borrowed from his pal Danny Green (Frank McHugh) by night. A chance commission from a stranger sees Eddie unknowingly tasked with delivering illegal liquor to a nightclub run by Panama Smith (Gladys George), whereupon he is promptly arrested for bootlegging. Bartlett takes the rap for Panama, the intended recipient, and goes to jail. Impressed by his stoic resolve, she pays Eddie's bail. Wiping his shoes on the 18th Amendment, Bartlett enters the black market booze business and accrues a fortune, buying a fleet of cabs and hiring a small army of ex-cons to carry out his rum runs. Acquiring a taste for power, Eddie sets up teenage chanteuse Jean Sherman (Priscilla Lane) in Panama's club and reunites with Hally to form an uneasy but potentially lucrative alliance. Glory beckons, before Bartlett's glass is well and truly knocked over. 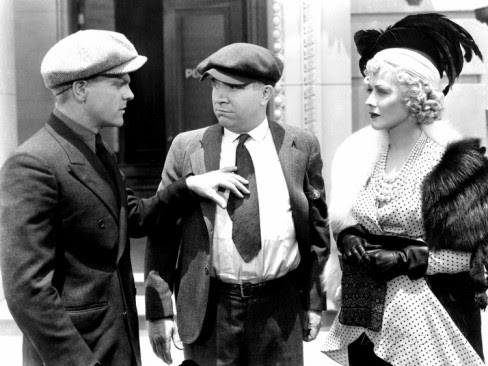 Walsh's film shows us none of the gaiety of F. Scott Fitzgerald's "Jazz Age" and lays heavy stress on its vice and venality instead. Cagney is as charismatic as ever playing the plucky everyman seduced and corrupted by ill-gotten gains while Bogie is as sour and unpleasant as I've seen him. Several years before John Huston had the visionary idea of casting him as a hero for the first time in The Maltese Falcon (1941), Bogart is on truly nasty form, drawing on his years of experience playing deadbeat henchmen to snarling effect. By contrast, Gladys George is tremendously moving as Panama, in love with Eddie and hard-pressed to watch him have his hopes dashed by the young protégé he hopes to marry but who's really in love with Lloyd, now a mob lawyer troubled by his conscience. Frank McHugh is also good value as Danny, the cabbie sidekick being something of a stock comic role in those days (see Larry Dobkin's expert patter as Louis in The Saint for CBS, 1947-51). Cagney's death, lying bleeding in the snow, is as sad a pay-off as it is inevitable. "He used to be a big shot" is Panama's resigned eulogy. 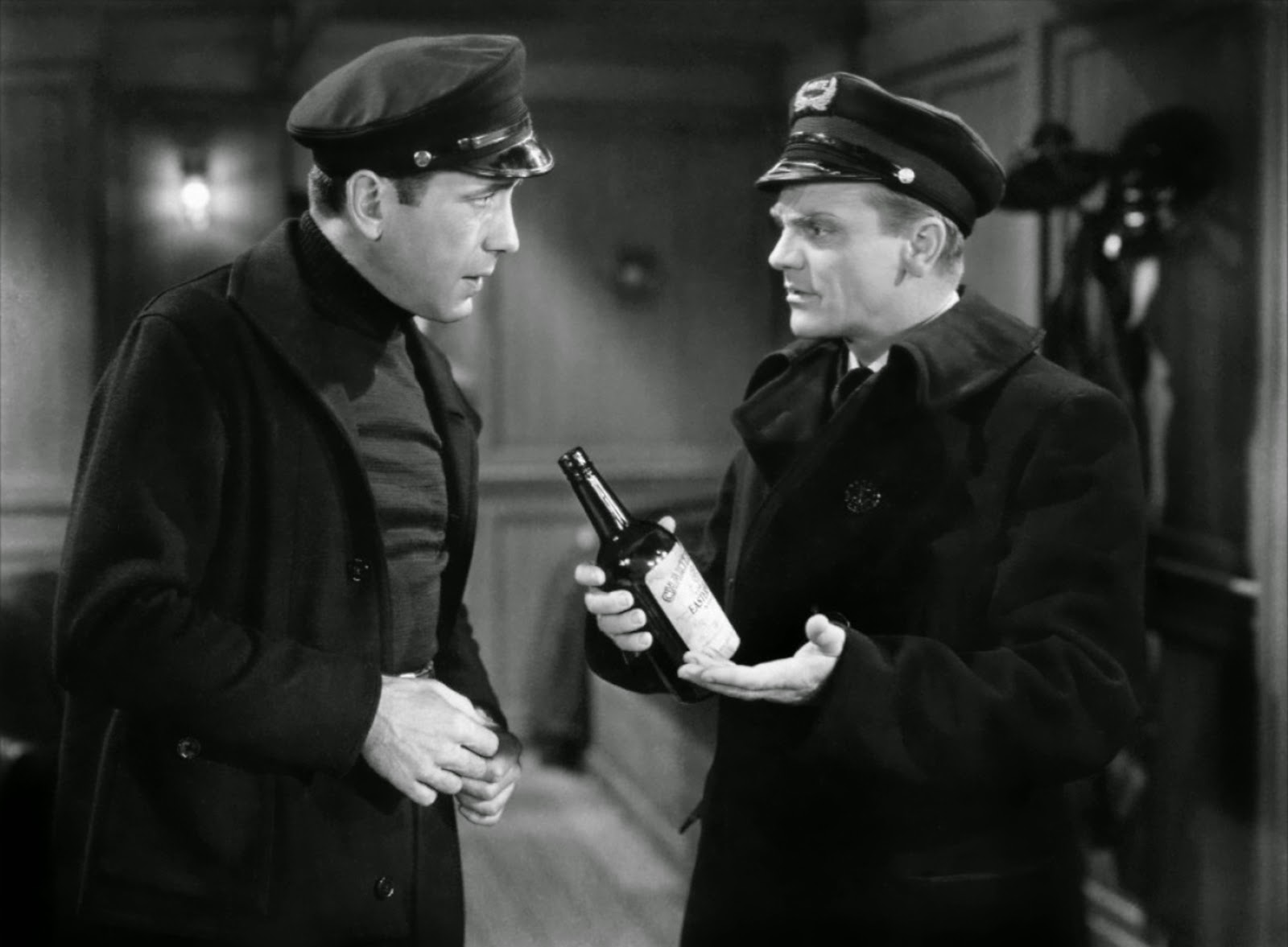 Fans of HBO's Boardwalk Empire (2010-) will find much to enjoy and many points of similarity: Eddie's return from the trenches mirrors that of Jimmy Darmody (Michael Pitt), his weakness for showgirls recalls Nucky Thompson (Steve Buscemi) while his habit of ordering nothing stronger than milk in speakeasys is echoed in Michael Stuhlbarg's fey characterisation of Arnold Rothstein. Eddie's surprise reunion with George meanwhile takes place when he attempts to rob the latter's whisky shipment out on the Atlantic one foggy night, a scene borrowed by Martin Scorsese for the series' pilot episode.
Posted by Joe at 17:11