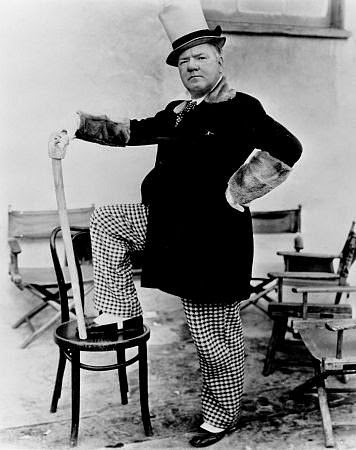 "What a gorgeous day... what effulgent sunshine... yes... 'twas a day of this sort, the McGillicuddy brothers murdered their mother with an axe!"


W.C. Fields here starred as Professor Eustace McGargle for the second time on celluloid, having already appeared in a silent version of Dorothy Donnelly's play directed by D.W. Griffith in 1925, Sally Of The Sawdust (below). But this was the umpteenth time the great clown had played McGargle in his career, having been a regular in the role on Broadway in 1923, reportedly treading the boards of the New York Apollo Theatre 346 times. 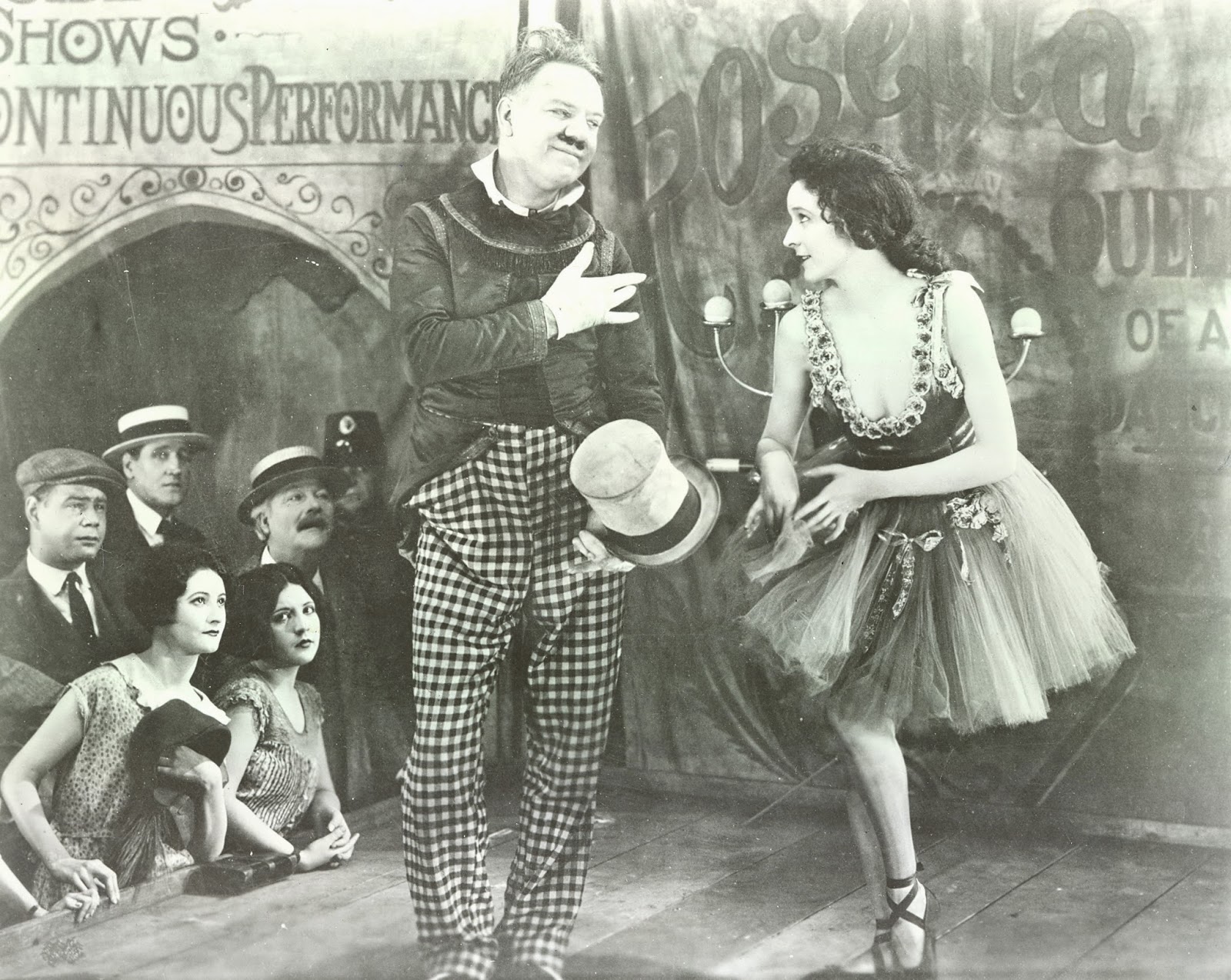 Eddie Sutherland's Paramount Poppy presents us with the image of Fields that has come to define him. Decked out in billowing check trousers, spats and a towering Mad Hatter's chapeau and cane, Fields travels the countryside with his faithful daughter in tow (Rochelle Hudson), pulling cons and hawking tonic at medicine shows until the idea of posing her as the long-lost progeny of a missing heiress enters his mind and real trouble ensues. The film provides W.C. with a welcome opportunity to dust off and repurpose some of his most cherished routines in a period setting: his Golf Specialist bit now takes place on a croquet lawn, his talking dog trick this time fools a bewhiskered publican while his fleeing from the scene here involves a getaway on a penny-farthing bicycle (a particularly joyous sight). There's also plenty of new business, including a failed recital on a cigar box violin that is continuously interrupted by the seemingly malevolent machinations of the aforementioned topper. 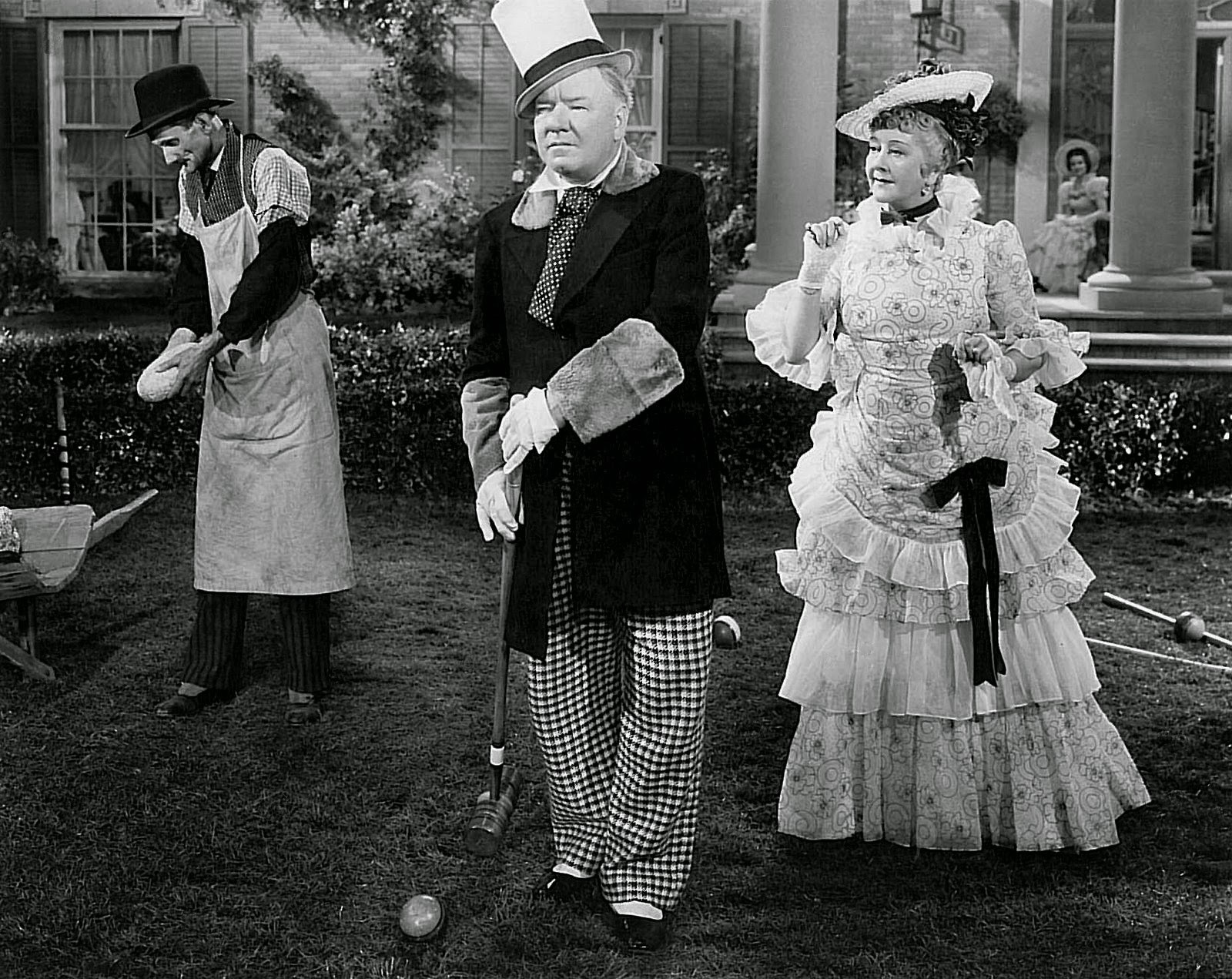 It's marvelous stuff, but don't take my word for it. Graham Greene, the English novelist whose work has inspired a number of cinematic classics from This Gun For Hire (1942) to Odd Man Out (1947), Brighton Rock (1947) and The Third Man (1949) - started out as a film critic for The Spectator and reviewed Poppy highly favourably on July 17th 1936:

"To watch Mr Fields, as Dickensian as anything Dickens ever wrote, is a form of escape for poor human creatures: we who are haunted by pity, by fear, by our sense of right and wrong, who are tongue-tied by conscience, watch with envious love this free spirit robbing the gardener of ten dollars, cheating the country yokels by his own variant of the three-card trick, faking a marriage certificate, and keeping up all the time, in the least worthy and the most embarrassing circumstances, his amazing flow of inflated sentiments."

Greene further applauds Fields, in opposition to Charlie Chaplin, for winning our affection, "not by class solidarity (he robs the poor as promptly as the rich), but simply by the completeness of his dishonesty." A brilliant insight from a very fine writer indeed.
Posted by Joe at 19:26