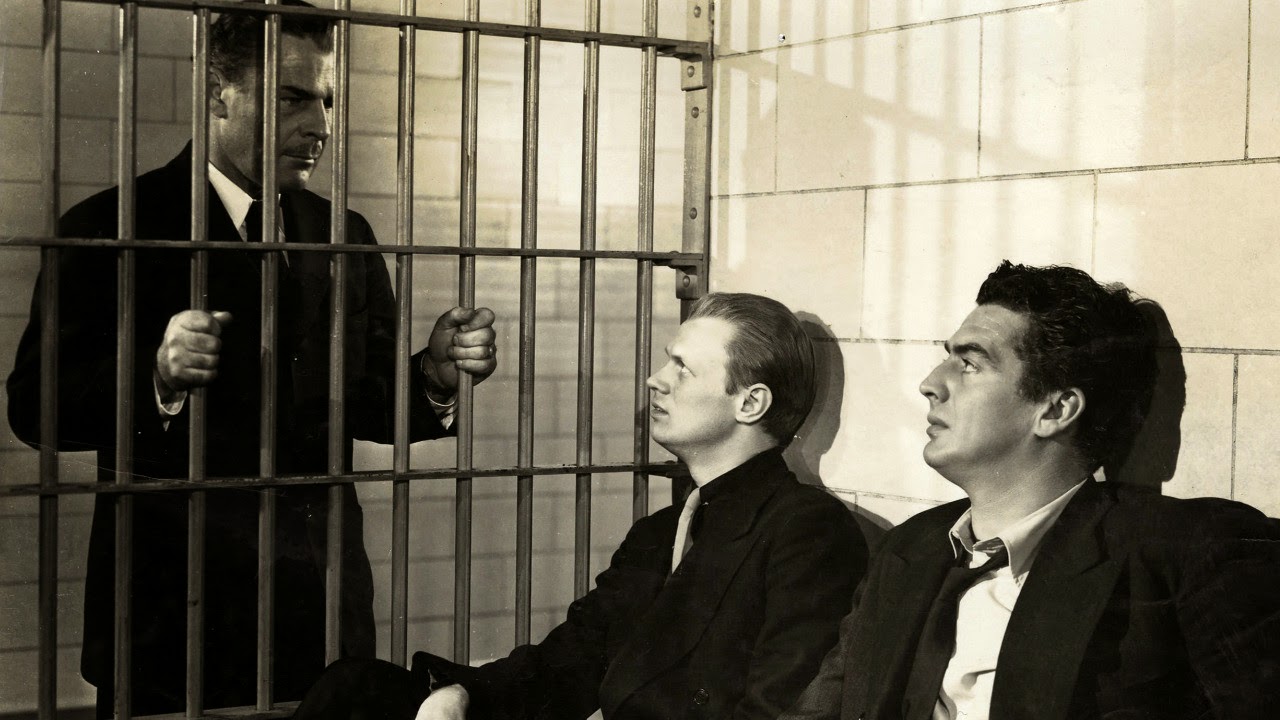 Henry Hathaway's gorgeous Fox noir Kiss Of Death continues to be one of the genre's most underrated entries, benefitting from a trio of brilliant character performances from Victor Mature, Brian Donleavy and especially Richard Widmark. It's far from perfect, and more than a little inconsistent, but has enough original flourishes to startle.

Hard-up hoodlum Nick Bianco (Mature) is busted carrying out a jewel heist on Christmas Eve, but refuses to squeal on his accomplices when pressed by D.A. Louis D'Angelo (Donlevy). Professional pride and the failure of mob lawyer Earl Hauser (Taylor Holmes) to make good on his assurances condemn Nick to the Big House. When news of his wife's suicide reaches him, Nick relents and agrees to strike a deal with D'Angelo, naming names so that he can get free and take care of his young daughters, since confined to an orphanage. With the subsequent prosecution successful, Nick manages to build a new life for himself with the girls and their former babysitter Nettie (Coleen Gray), eventually finding work as a bricklayer. But D'Angelo pushes him to continue serving as his stool pigeon, commissioning Nick to gather dirt on sadistic killer Tommy Udo (Widmark). When Tommy is unexpectedly acquitted by a sympathetic jury, Nick knows that the giggling, manic psychopath will come gunning for him.


Upon its release, Kiss Of Death was highly praised for its documentary realism, an opening title card assuring us that its events take place in real New York locations where these sorts of characters might actually operate. Shots of Mature's world-weary anti-hero playing with his daughters on the residential streets of Queens bear this out. Mature was meanwhile sent to Sing Sing prison, in true Method style, to get a flavour of the place and better inform his performance. While such striving for authenticity is commendable, the film quickly undermines itself by introducing a string of larger-than-life hoodlums and cynical cops, all of whom belong on the pages of pulp paperbacks rather than the evening news (although they're all the more entertaining for that). 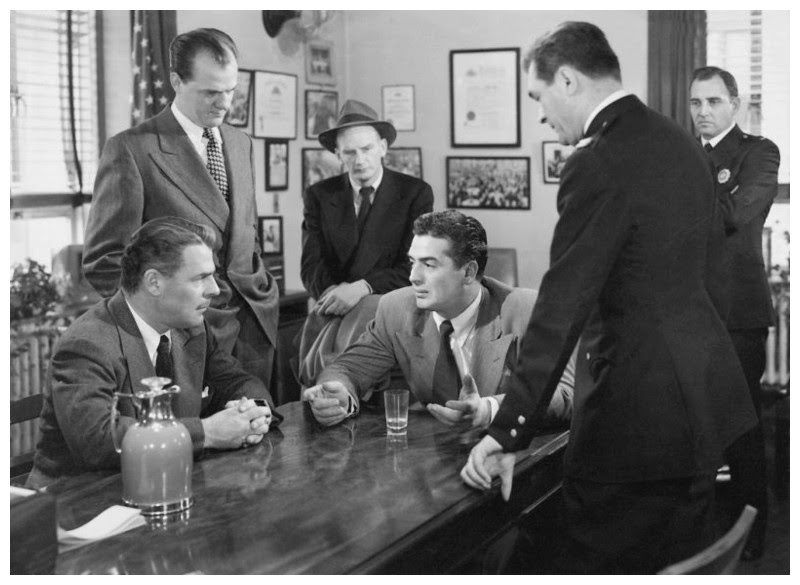 A more serious inconsistency is Kiss Of Death's frustrating failure to develop the social criticism introduced by Ben Hecht and Charles Lederer's script. Unusually for a noir, the traditional first-person voiceover is here spoken by a woman, Nick's new bride Nettie. She assures us that the sole reason Nick and his gang are knocking over a department store in the opening scene is so that he can buy Christmas presents for his children, Nick having been unable to find straight work as a result of a common reluctance among employers to hire ex-cons, "reformed" or otherwise, meaning they're passively condemned to an ongoing life of crime. This is a fascinating and no doubt all-too-accurate observation, but Nettie then goes on to explain that Nick has been a career criminal from boyhood anyway and is merely following in the footsteps of his own no-good father, unhelpfully confusing us about his real motivations and never returning to the matter. Much more biting is the film's depiction of Donlevy's pragmatic D.A. routinely cooking up deals with crooks, arranging for them to betray fellow gang members in exchange for lighter sentences. 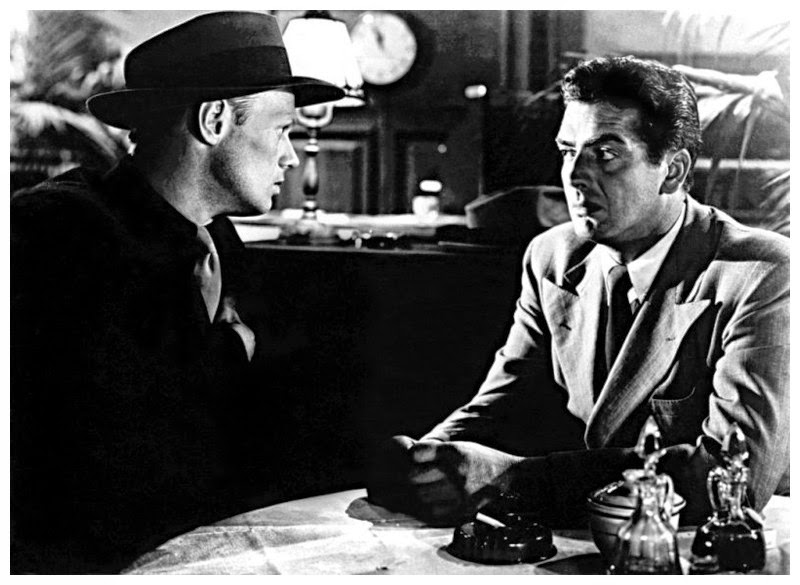 While Mature is as sympathetic and bruised as he was playing Doc Holliday and Donlevy as dependable as ever, it's Richard Widmark in his feature debut that steals the film. Tommy Udo pushing helpless Ma Rizzo (Mildred Dunnock) down the stairs in her wheelchair deserves to be remembered in the same breath as Cagney's grapefruit assault on Mae Clarke in The Public Enemy (1931) among the great acts of violence in crime cinema. Widmark's cackling coke freak turn, railing against "squirts", snapping his fingers to the jazz drumming at Club 66 and quaffing champagne before threatening darkly against his girlfriend, has influenced everything from The Joker to the weasel gangsters in Who Framed Roger Rabbit? (1988) and has to be seen to be believed. Hathaway's masterstroke is introducing the idea that Tommy will seek vengeance against Nick and then having the exact opposite occur. Nick sends his young family away on the train, tools up and hides in the shadows, waiting for the laughing kid to come knocking, anticipating Max Cady's sick pursuit of Sam Bowden in Cape Fear (1962). But Tommy never shows up, too crazy for anything so obvious. Most interestingly of all, it's suggested that Tommy isn't even the real villain here. After all, he's just a mad stick-up man, with none of the power wielded by Earl Hauser, a lawyer as crooked as a country lane.
Posted by Joe at 13:22