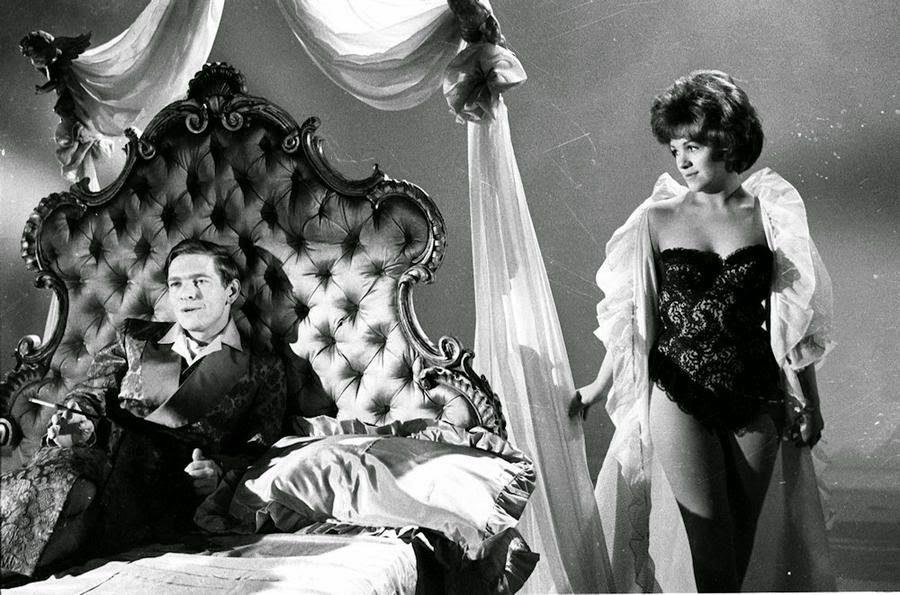 Billy Fisher (Tom Courtenay) feels trapped, stifled, buried alive. A lower middle class school leaver unable to afford university, he's stuck in a dead-end job as an undertaker's clerk and lives in the same old cramped council house with his hectoring parents (Wilfred Pickles, Mona Washbourne) and grandmother (Ethel Griffies) in the same humdrum northern industrial town where he grew up, a landscape Morrissey would later decry. Precocious but under-stimulated, Billy's also caught between at least two women, the disappointingly proper Barbara (Helen Fraser) and the altogether brassier Rita (Gwendolyn Watts), the lad frantically passing the same engagement ring back and forth between the two and hoping against hope that neither finds out about the other. 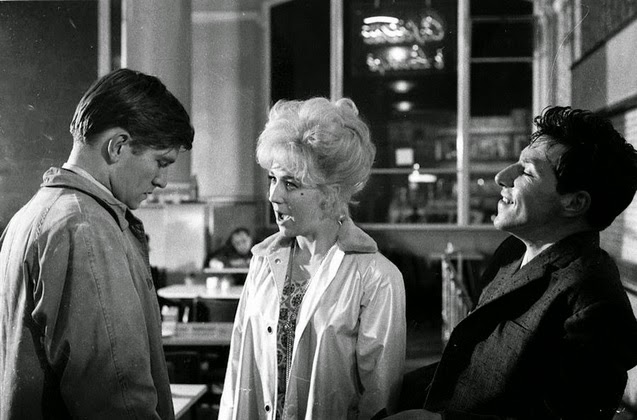 Billy's only escape from the tensions he's engineered for himself by neglecting his duties, cheeking his aged guardians and cruelly toying with the local female population are flamboyant flights of fancy. He imagines himself variously as the benevolent dictator of the fictional republic of Ambrosia, a debonair seducer and a violent machine gunner spraying bullets from the trenches, relishing the temporary release these snatches of daydreams bring. Until, that is, the lovely, free-spirited Liz (Julie Christie) arrives to shake Billy from his reverie and offer him a chance to make his half-baked dreams of moving to London to write gags for comedian Danny Boon a reality. Dangerously close to getting what he wants, Billy bottles it at the last minute and returns home, bowed but not broken. 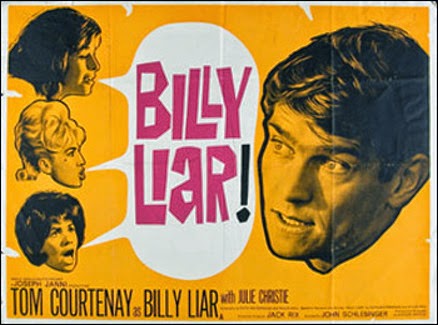 John Schlesinger's Billy Liar - based on Keith Waterhouse's novel of 1959, itself a British translation of James Thurber's New Yorker story 'The Secret Life Of Walter Mitty' (1939) - remains a timeless study of small-town ennui and the teenager's restless yearning for escape from colourless reality to some ill-defined Shangri-La of the imagination. Despite its very specific positioning in time and space - working class Bradford in the early sixties - this staple of the British New Wave is entirely universal in its themes. Celebrated for its winning fantasy sequences, Schlesinger's decision to shoot Billy's everyday world in cinéma vérité style is perhaps of greater interest to posterity, as it turns the film into an invaluable record of the red brick buildings, winding hillside streets and dance halls of northern England on the cusp of the Sexual Revolution, an asset it shares with other "Angry Young Men" productions of the period such as Saturday Night & Sunday Morning (1960) and This Sporting Life (1963). 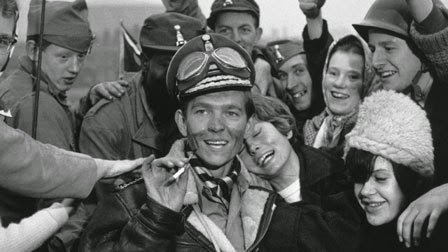 This is not to dismiss the importance of Billy's visions, which provide a wonderful contrast to the drab milieu and look forward to the work of the great television playwright Dennis Potter, whose major preoccupation was the isolated individual struggling to cope with strong doses of reality and seeking refuge in cherished imaginary worlds. Beloved Potter serials like the BBC's Pennies From Heaven (1978) carry this theme, but the closest parallel with Billy Liar is Potter's early Wednesday Play entry Where The Buffalo Roam (1965), about a troubled young man from Swansea who's obsessed with cowboys and finally acquires a six-shooter, with deadly consequences. A nightmarish answer to Schlesinger's comedy, Buffalo itself interestingly foreshadows the modern epidemic of high school massacres currently blighting the United States and is well worth seeing if you ever get the chance. 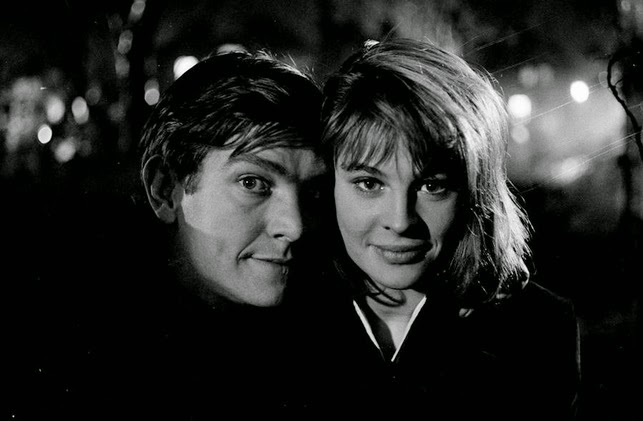 Having said that Billy Liar is a comedy, it is also entirely serious in its intentions. Billy's failure to leave on the midnight train with Liz, leaping from the carriage as the whistle blows on a spurious errand to buy cartons of milk from a vending machine, is usually read as a failure of nerve, a pessimistic ending underlining our weak-willed inability to realise our most heartfelt desires in a world all-too-ready to weigh one down with cumbersome responsibilities. However, Billy's apparently cowardly actions really mark the moment he finally reaches maturity. Rather than run away from his problems at work and selfishly abandon his parents in their hour of need, Billy returns home to face the music and comfort his mother, grieving over the death of grandma, finally accepting the debt he owes to his family. Although his roots have so far held him fixed firmly in the soil, they've also nourished and raised him. Behind his father's gruff northern machismo there lies real love for a son he'd be devastated to lose, a touching thought. Admittedly Billy has lost out on the affections of the radiant Julie Christie, but he's bought himself time to think hard about what he really wants to do with his time on earth, rather than go chasing disastrously after a phantom opportunity. 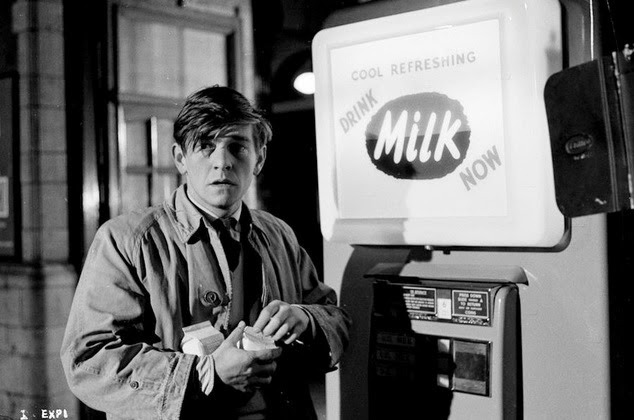 Elsewhere, Schlesinger's film is loaded with cherishable details. The firm of Shadrack and Duxbury where Billy works is a deliciously awful portrait of a first job, with expert character players Finlay Currie and Leonard Rossiter forming a magnificent partnership as the bluff Yorkshire Councillor and smug middle manager respectively. It's easy to emphathise with Billy's failure to deliver their latest batch of promotional calendars, a task so unthinkably futile he can't bring himself to complete it, even though he knows he'll be keelhauled for the omission. And his friendship with colleague Arthur Crabtree (Rodney Bewes), co-author of the modest local rock 'n' roll hit 'Twisterella', is as funny and believable a portrait of two mates as I've ever encountered, their interactions peppered with authentic in-jokes, banter and silly accents. Exquisitely observed.

The Decemberists - Billy Liar
Posted by Joe at 11:32