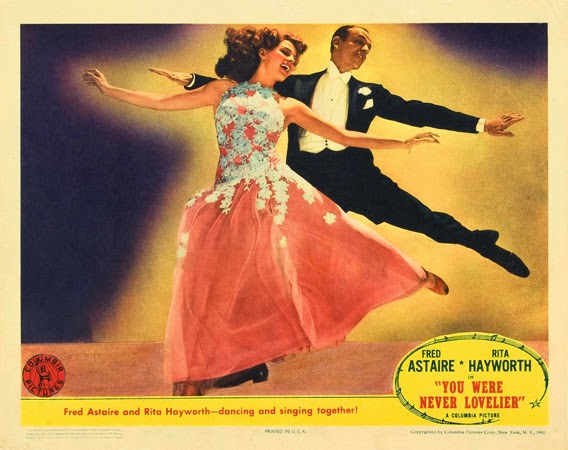 Fred Astaire's celebrated dancer Robert Davis takes himself off to Buenos Aires to get away from it all, but is soon forced to sing for his supper when he gambles away his last red cent at the racetrack. Petitioning rich hotelier Eduardo Acuña (Adolphe Menjou) for work on the advice of bandleader Xavier Cugat, Robert inadvertently becomes embroiled in the latter's scheme to marry off Maria (Rita Hayworth), the second of his four beautiful daughters, so that three and four may follow suit. With the girl herself reluctant to settle for anything less than a paragon of knightly virtue, Acuña has been busily composing love letters and bombarding his daughter with orchids from a fictitious mystery suitor in the hope of teasing her into a more amenable mood. When Maria mistakes Bob for her secret admirer, the pair fall for one another, but Acuña remains to be convinced.

Having shanghaied Fred into the military in his previous encounter with Hayworth, You'll Never Get Rich (1941), You Were Never Lovelier is a reassuring return to the escapist fantasyland of Astaire's 1930's heyday with Ginger Rogers and RKO. William A. Seiter's musical for Columbia was to prove their final screen pairing and both are on cracking form, with Fred's solo audition piece a definite highlight. Anticipating Gilda (1946) by casting Rita among gentleman gamblers in the Argentine capital, the film benefits enormously from its back-to-basics formula, neat and non-intrusive songs by Jerome Kern and Johnny Mercer, some amusing character playing from Gus Schilling as Acuña's intercom-hounded assistant Fernando and a strong adversary in the person of Menjou's doting but domineering patriarch. 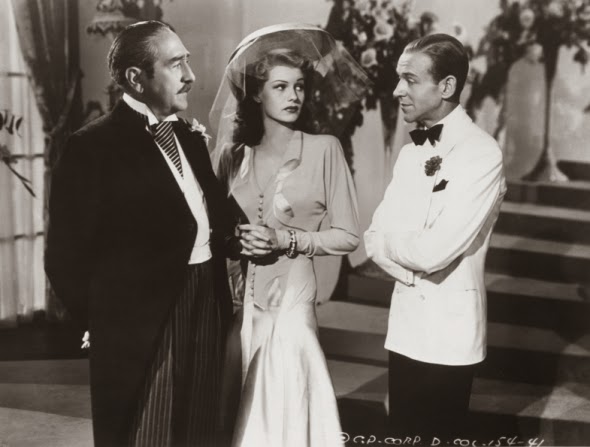 Although, having said all that, the latter's interest in his daughter's romantic life occasionally teeters towards the problematic. As if toying with her emotions through heartfelt love notes weren't dubious enough, Acuña is then wary, bordering on hostile, when Davis arrives on the scene to challenge his supremacy and responds by handling his courtship with Maria like a corporate espionage assignment, complete with contracts drawn up and signed. Worse, Acuña then attends his own 25th anniversary party dressed up as a Scottish laird, seemingly a veiled nod to Maria's teenage preoccupation with Lochinvar, the chivalrous hero of Walter Scott's epic poem Marmion (1808). Not an altogether healthy obsession then and one that is rightly slain when Fred arrives at Villa Acuña on horseback in full armour bearing a lance, a lovely and unexpected moment. Hopefully Rita's little princess can overcome all of this and live happily ever after, but Mrs Acuña (Barbara Brown) may grow to wish that her first suspicions about her husband's surreptitious correspondence had been right.
Posted by Joe at 14:22