Farley Granger, Howard Da Silva and Jay C. Flippen are the three cons who escape from a penal farm to become violent bank robbers on the lam in this superlative Depression-set RKO noir from debutante director Nicholas Ray and producer John Houseman. Taken from Edward Anderson's 1937 novel Thieves Like Us, the screenplay by Ray and Charles Schnee follows Granger's youthful Bowie, the gang's getaway driver, as he falls for Catherine "Keechie" Mobley (Cathy O'Donnell), the niece of fellow bandit Chickamaw (Da Silva), a one-eyed psychotic, jealous and vain when it comes to winning newspaper headlines about the trio's exploits. Bowie and Keechie pitch out on their own, trying to stay one step ahead of the law, and soon decide to get married, but it's not long before Chickamaw intrudes on their domestic bliss, determined to reel Bowie in for one last heist. Hmm, I wonder how many times Bruce Springsteen has seen this... 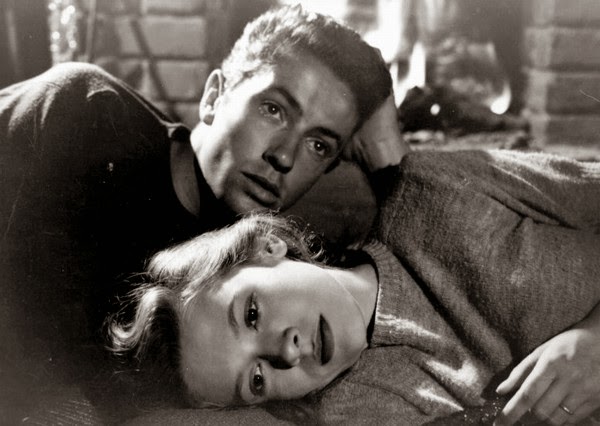 An influential precursor to lovers-on-the-run capers like Bonnie & Clyde (1967), Badlands (1973) and Natural Born Killers (1994), Ray's They Live By Night shows little interest in glamorising Chickamaw and his accomplices as latter day Robin Hoods in the manner of 1930's Warner Brothers gangster movies. These men are not black-hatted Dillingers toting Tommy guns in fine suits, just ordinary schmoes trying to tear a piece off for themselves in a fallen world. No wonder Ray was so popular with the French.

Of those three films, They Live By Night probably has most in common with Terence Mallick's because Keechie, although arguably more worldly than her husband, is a relative innocent and by no stretch of the imagination a pistol packin' mama. Ray's film relies on our emotional investment in Granger and O'Donnell and the pair do indeed make for a very appealing couple. The initially cynical Keechie's gradual surrender to Bowie's optimism and his growing realisation of his love for her prove a winning trajectory and their struggle to find a happy corner for themselves in an America beset by hard times and deprivation is very affecting. Their $20 wedding at a truckstop chapel is as poignant a scene as I can recall anywhere. 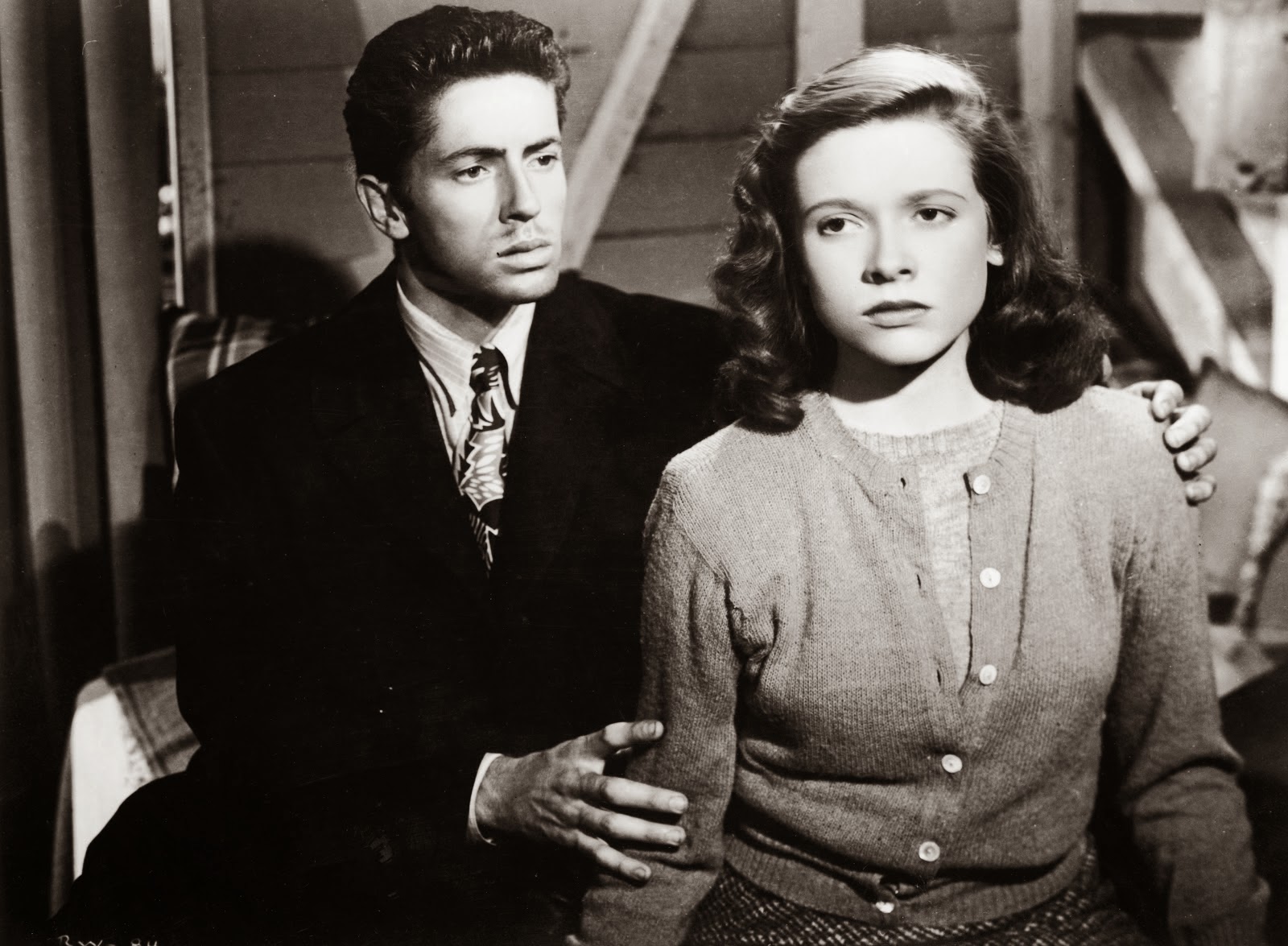 As with later Ray movies like In A Lonely Place (1950), Rebel Without A Cause (1955) or Bigger Than Life (1956), They Live By Night deals in fraught atmospherics, his characters' troubles always threatening to boil over into out-and-out doom and tragedy. Even Bowie knows, deep down, that there's no happy ending here, that he and Keechie will never get to Mexico and that their unborn child is his only real hope for redemption and a future of any kind.
Posted by Joe at 14:31