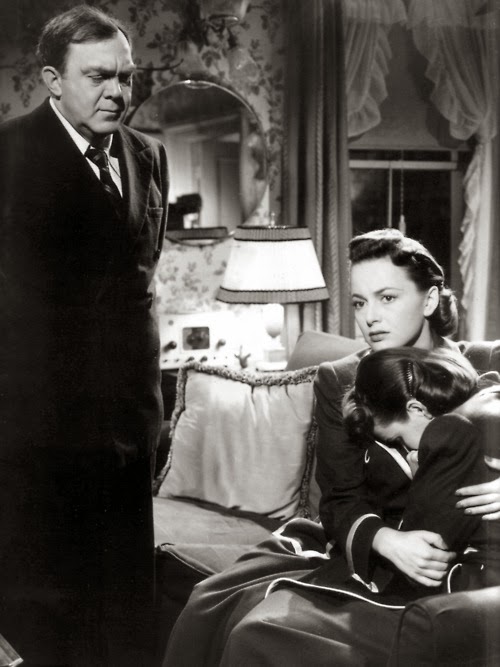 A beautiful shop girl (Olivia de Haviland) is positively identified leaving the apartment of a murdered man, but an army of witnesses can swear to her being across town at the time. Lieutenant Stevenson (Thomas Mitchell) is baffled by this apparently cast-iron alibi, until he learns that his suspect has an identical twin sister. When pressed, neither Terry nor Ruth Collins will co-operate with his investigation and admit to which of them was where, one obviously covering for the other. Stevenson can charge both with obstructing the course of justice but that's about the limit of his powers. Thwarted, frustrated and unable to reconcile himself with the idea of the guilty party getting away with a perfect crime, Stevenson enlists debonair psychiatrist Dr. Elliott (Lew Ayres) to winkle out the killer. When the latter finds himself falling for the kindly Ruth, Terry starts to exhibit increasingly controlling and disturbed behaviour. 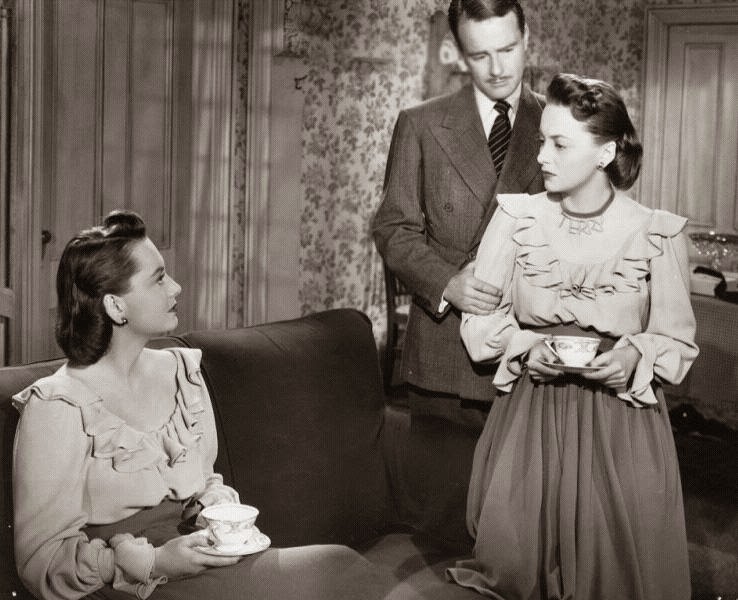 Robert Siomak and producer Nunnally Johnson dish up an efficient little psychological noir that benefits from a strong dual performance from de Haviland (and some impressive trick photography). The actress, then experimenting with Method practices, succeeds in crafting two diametrically opposed personalities for Terry and Ruth, with the former's corrosive jealousy slowly but surely teased out by Elliott's Rorschach tests and word association games. As Terry, de Haviland carries a surprisingly persuasive air of menace, clearly relishing the scenario and perhaps drawing on her own experiences of sibling rivalry with Joan Fontaine, one of Hollywood history's most notorious feuds. Terry's attempts to convince Ruth that she's going mad has a touch of Gaslight (1944) about it, while her campaign of cruel manipulation seems a likely influence on What Ever Happened To Baby Jane? (1962). The Dark Mirror also belongs to cinema's potent female doppelgänger micro-genre, placing it in a group with movies as varied as All About Eve (1950), Bergman's Persona (1966) and Single White Female (1992).
Posted by Joe at 13:01