Banned in Britain for 30 years, Tod Browning's Freaks remains notorious and I've long shied away from seeing it despite being well aware of the film's important place within cult cinema history. However, having finally mustered the courage to sit through it, I'm pleased to report back that I found Freaks to be a touching and heartfelt plea for sympathy and understanding and by no means the grotesque pre-Code exploitation shlocker I'd been led to expect. 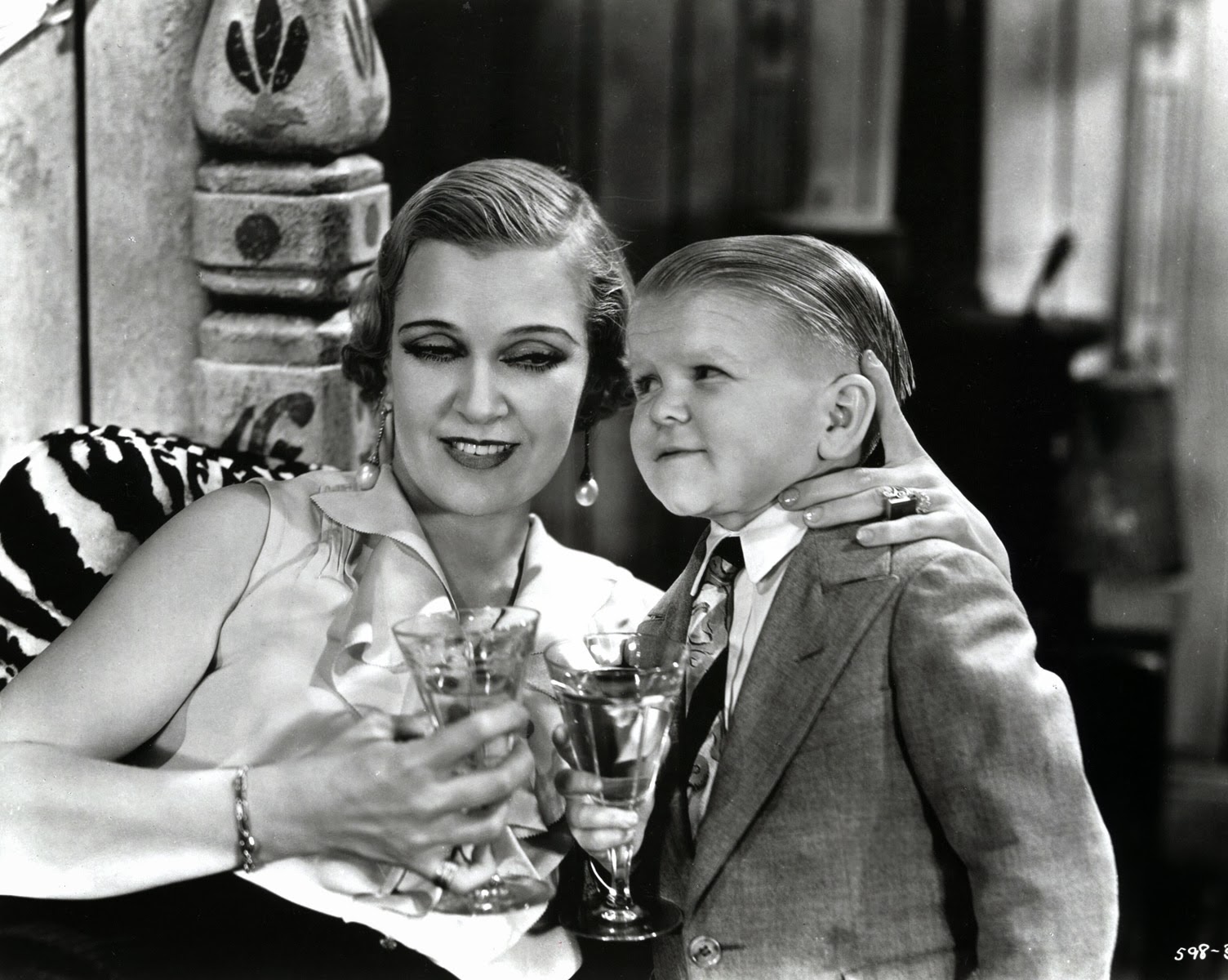 The film's story concerns Hans (Harry Earles), a German midget appearing in a travelling circus, who falls in love with "peacock of the air" Cleopatra (Olga Baclanova), a ravishing but cruel trapeze artist. The latter initially mocks the diminutive Hans before changing her tune when she learns that he has inherited a small fortune, plotting with her strongman boyfriend Hercules (Henry Victor) to marry Hans, murder him and then elope with the cash. Co-star Frieda (Daisy Earles) smells a rat and warns Hans against the wedding though he ignores her counsel. When Hans is duly taken ill with ptomaine poisoning, his fellow "freaks" turn on Cleopatra and exact a terrible revenge.

Freaks was a passion project for Browning, the director of Universal's seminal Dracula (1931) with Bela Lugosi, who had run away from a comfortable home in Kentucky at 16 to join the circus. Working for various sideshows from then on, Browning was a barker for the "Wild Man of Borneo", performed a live burial act and even appeared as a clown for the Ringling Brothers. He would later draw on his big top experiences when he persuaded MGM's star producer Irving Thalberg to option the rights to Clarence Robbins' 1923 short story 'Spurs', which had recently appeared in Munsey's Magazine. Browning wanted to draw attention to the plight of dwarves, pinheads, bearded ladies and conjoined twins appearing in carnivals and show the American public that they were people too and as deserving of dignity and respect as everyone else, casting real "freak show" performers in his film version to make the point. Thalberg ignored the advice of his peers in backing the project and came to regret the decision when Freaks was released and met with a horrified reaction, one woman claiming to have suffered a miscarriage brought on by the trauma of watching it. Browning would only complete four more films thereafter before vacating his director's chair altogether in 1939 and entering the real estate game, a sad decline for a major horror talent. 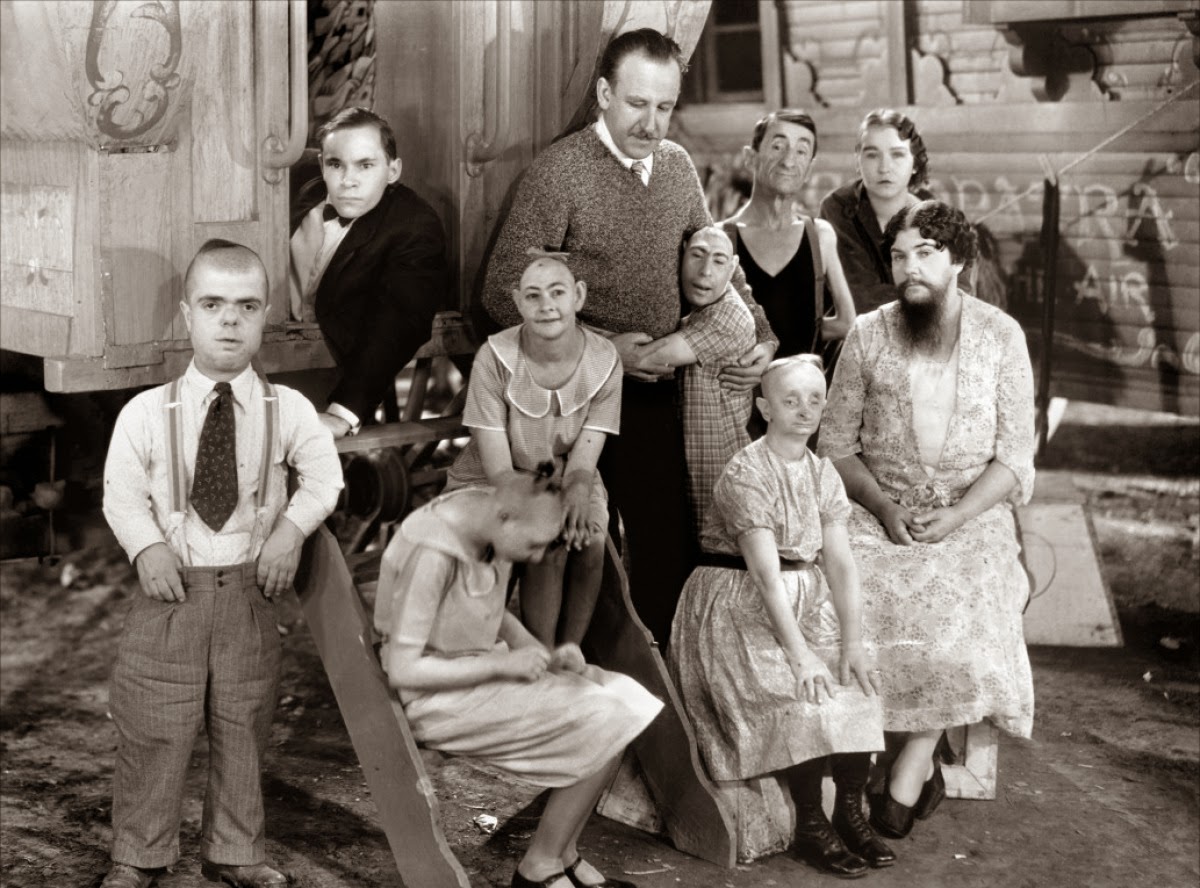 The real trouble with Freaks is that Browning tries to have his cake and eat it. The filmmaker (above, centre) implores us to see the likes of Prince Randian "the Living Torso" and Koo Koo the Bird Girl for what they are - human beings born with unusually extreme disabilities, innocents entirely undeserving of our revulsion - but in so doing only succeeds in again turning them into a sensational spectacle for punters to gawk at. Although Browning successfully conveys the humanity of these poor devils, capturing their perfectly natural emotional responses to interactions with their able-bodied colleagues on the fairground (Wallace Ford and Leila Hyams lead by example), they are still curiosities being exhibited to draw a crowd, this time moving picture-goers instead of Saturday night revelers. This problem is particularly obvious at the climax when they collectively pursue Cleopatra bearing switchblades, a frightening occurrence that restores them to the status of queasy outsider "Other". Their famous holler of, "One of us, one of us! Gooble gobble! Gooble gobble! We accept her, we accept her!", is as tribal and primal as that of the manimals in the same year's The Island Of Lost Souls, suggesting that these performers are something altogether more sinister than the makeshift, mutually supportive family we have previously been presented with. Despite this inconsistency, Browning's intentions were unquestionably noble and Frieda's unrequited love for Hans is beautifully played by Daisy and Harry Earles, even if they were siblings in real-life.
Posted by Joe at 20:01