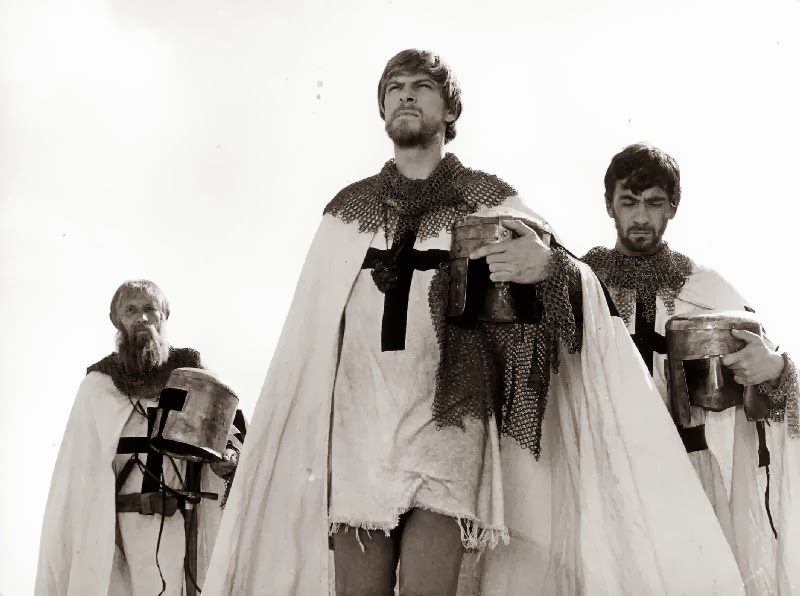 Second Run recently released František Vláčil's The White Dove (1960) and Josef Kilián (1963) for the first time on DVD in the UK with the aim of reviving the director's reputation outside of his native Czech Republic. Vláčil's more ambitious later work The Valley Of The Bees, an immersive medieval drama set in 13th century Bohemia, was reissued in 2010 as part of the same project and makes an even stronger case for a reassessment of this bold and unusual artist outside of Central Europe.

Shot immediately after Vláčil's better known but baggier and more experimental Marketa Lazarová (voted the greatest Czech film of all time by critics in 1998), The Valley Of The Bees concerns Ondřej, a young boy sworn into the Holy Order of the Teutonic Knights as atonement for a youthful prank, who grows up to reject their masochistic belief in transcendence through self-denial and suffering and forsakes his vows, fleeing the Order's coastal monastery to return home. The adult Ondřej (Petr Čepek) finds himself doggedly pursued through the mountains and forests by his devout friend Armin (Jan Kačer), a veteran of the Crusades, who is mortified to learn that Ondřej has taken charge of his late father's castle at Vlkov and married his stepmother Leonora (Vera Galatíková). Armin's violent response to the sin he encounters finally persuades Ondřej to return to the Order, accept its codes and seek forgiveness. 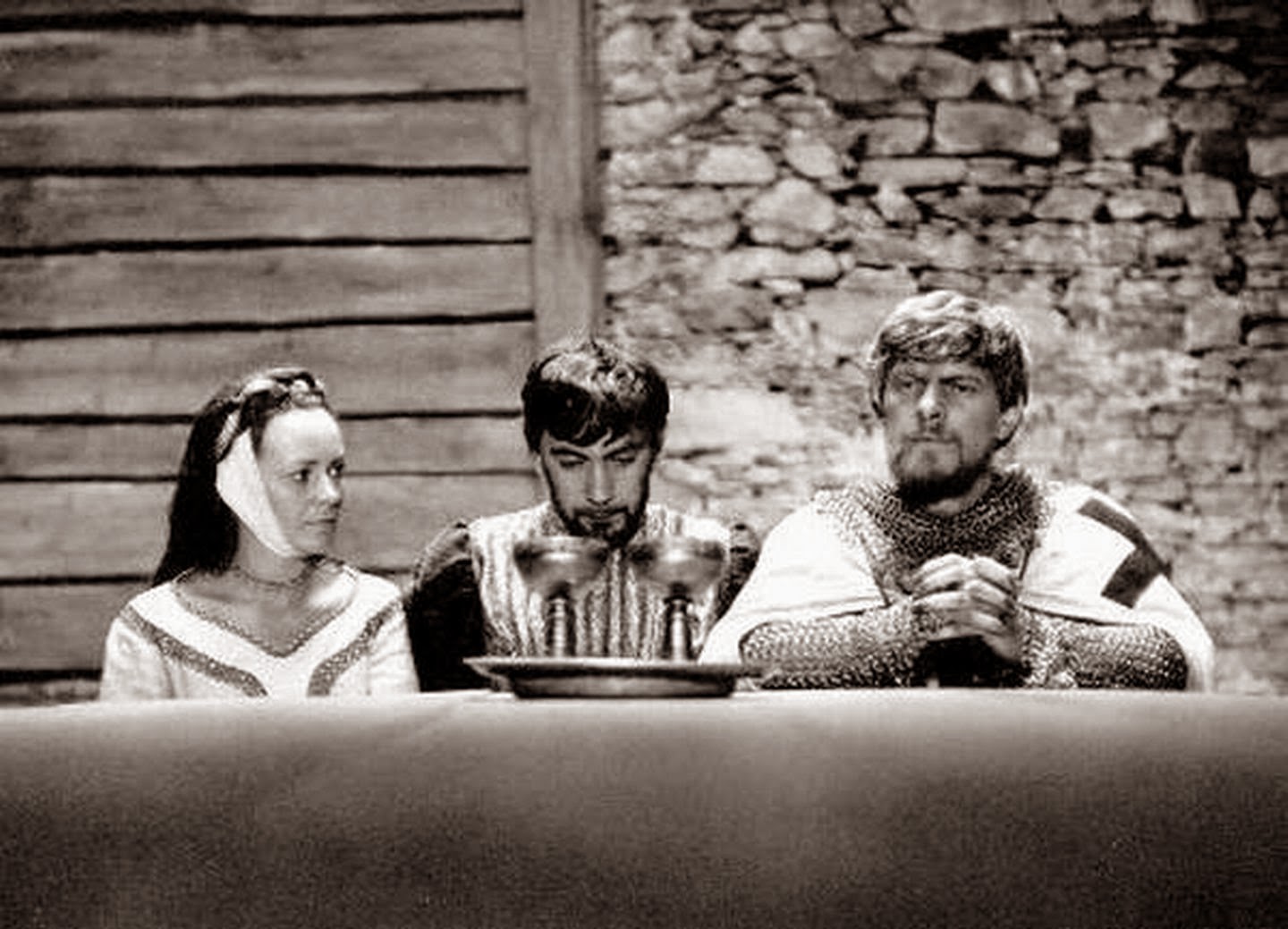 A far cry from the whimsical beer-and-sausages humour of his Czech New Wave counterparts - typified by Miloš Forman's The Firemen's Ball, released the same year - Vláčil's moody meditation on dogmatic orthodoxy in conflict with human wants and desires really has more in common with the cinema of Ingmar Bergman or Miklós Jancsó than it does with the likes of Jiří Menzel. Scenes of inconsolably glum knights wandering alone along the sea shore in stark black-and-white unavoidably recall Bergman's The Seventh Seal (1957) and The Valley Of The Bees shares with that masterpiece a dawning realisation of a crushing inevitability, an idea reaching far beyond the ancient times and places in which these two films are set. Vláčil's film was duly read as an allegory for Czech resistance being overwhelmed by the smothering force of Soviet Communism (another oppressive foreign ideology) when it was first released at the height of the Prague Spring, an interpretation that caused it to be suppressed and little seen thereafter.

Whether or not this was the explicit intention of Vláčil and writer Vladimír Körner is open to question, but the result remains a deeply thoughtful enterprise as well as an impressively authentic recreation of the medieval world, making effective use of real locations to allow us to feel the weight of the chainmail on Ondřej's shoulders and the chill of stone walls or sense the thrill of the chase as a pack of hounds hunt a terrified deer across the plains. This end is well served by František Uldrich's crisp monochrome photography, as striking as Jan Čuřík's was on The White Dove, and further enhanced by a lovely folk score from Zdeněk Liška, evoking the period with choirs, solo female voice, wooden pipes and horns.
Posted by Joe at 12:33