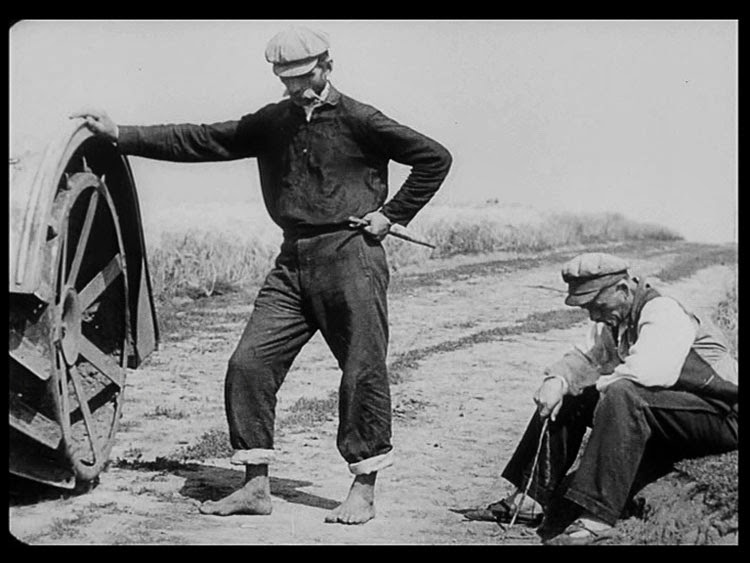 Ukrainian director Alexander Dovzhenko completed a trilogy of films about life in his homeland during the first decade under Communism with this beautifully photographed meditation on collectivised agriculture, an ode to nature and human endeavour. Privately-owned farms were still tolerated in the Ukraine in the immediate aftermath of the Russian Revolution, a phenomenon that lasted until the late 1920s when grain shortages across the Soviet Union prompted Stalin to call for an end to "rural capitalism", striking out against wealthy smallholders and issuing a sinister order against the region's native Kulaks, decreeing that they should be "eliminated as a class". Many Kulaks were violently opposed to having their ancestral lands taken away from them during the subsequent implementation of Kremlin policy and it is at this pivotal moment that Dovzhenko's Earth begins.

Following the death of an elderly farmer (Nikolai Nademsky) in his beloved pear orchard, Vasyl Opanas (Semyon Svashenko), his grandson, chooses to embrace both collectivisation and modern mechanisation in spite of heated local opposition and the grave doubts expressed by his father (Stepan Shkurat). Vasyl buys the community's first tractor, which, after a false start, swiftly revolutionises the manner in which the peasantry till the soil and harvest their wheat, ending centuries of backbreaking labour. Peace endures until Vasyl is suddeny ambushed and murdered on a country lane late one night by a neighbouring political rival. The boy's death prompts his father to lose his faith. He demands that Vasyl be buried among the sunflowers in a secular ceremony, his defiance of the church bringing down a curse upon him from the local parish priest before the autumn rains arrive. Vasyl is cheered as a martyr to the Communist cause. 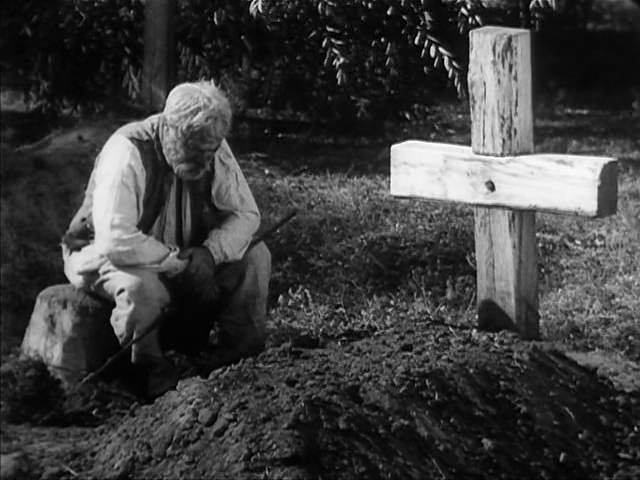 Dovzhenko's highly topical feature was met with a hostile reception when it was first premiered because of the director's apparent refusal to offer a clear political moral, meaning his failure to explicitly condemn Vasyl's enemies for impeding "progress". In fact, this ambivalent tone reigns throughout, Dovzhenko championing both the majesty and bounty of the natural world and the promise represented by emerging new technologies to cultivate it. The film is filled with bold framing and poetic compositions, notably in a montage of strapping young women cheerily gathering hay in the tractor's wake while their bearded menfolk stand astride the hills, gazing off into the middle distance and contemplating the future with evident wonder. A scene involving Vasyl's bereaved fiancee Natalya (Yelena Maksimova) flailing around naked, hysterical with grief and unable to accept his demise, may be especially moving and shocking, but, as Dovzhenko reminds us, death is as natural as the changing of the seasons. Vasyl has merely been returned to the earth he spent his life working for.


Incidentally, fans of this period are strongly advised to check out Kino/Film: Soviet Posters Of The Silent Screen, a free exhibition at GRAD on Little Portland Street in central London running until 29 March 2014. The show features striking graphic works by Georgii and Vladimir Stenberg, Yakov Ruklevsky, Alexander Naumov, Mikhail Dlugach and Nikolai Prusakov intended to promote cinema in the early days of the U.S.S.R. and is well worth the trip.
Posted by Joe at 13:01