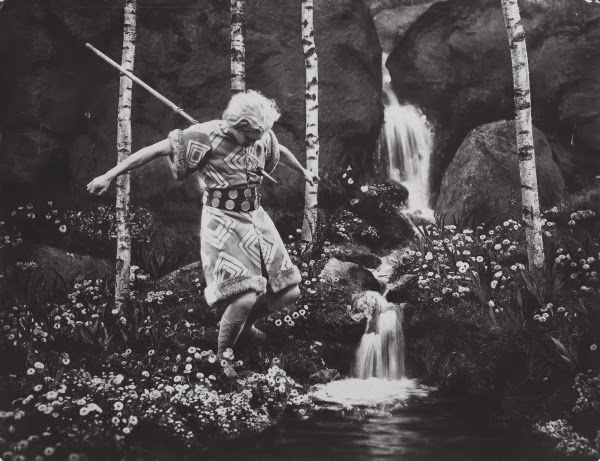 After completing their sprawling, state-of-the-nation crime drama Dr Mabuse, The Gambler (1922), director Fritz Lang and his wife and screenwriter Thea von Harbou embarked upon an even more ambitious project. Seeking to boost national morale amid the hyper-inflation and accompanying hardships of Weimar Germany, Lang and von Harbou commenced work on a new version of the country's most cherished pre-Christian heroic myths, Die Nibelungen, "Dedicated to the German people". Based on the same legends that inspired Richard Wagner's Der Ring Des Nibelungen (1848-74), von Harbou's script shunned the composer's work and returned instead to the story's roots in epic poetry and Norse sagas, doing away with the bearded tenors and busty valkyries of Wagner's infamous opera cycle in the process. The result, a two part, near-five hour epic, is an attempt to ground these enduring medieval tales in a recognisable emotional reality without compromising their fantastic appeal. An extraordinary achievement, Lang's recently restored Die Nibelungen remains a wonder to behold and a testament to the invention, ingenuity and foresight of its creators. It's astonishing to think that the early blockbusters attempted by the likes of Lang, F.W. Murnau and their American counterpart D.W. Griffith came less than 30 years after the Lumière Brothers' first experiments in capturing the moving image on celluloid. In terms of sheer size and scale, Lang's Nibelungen measures up impressively against Peter Jackson's popcorn-shifting CGI Tolkien atrocities of the 21st century.

Part one recounts the rise of Siegfried (Paul Richter) from blacksmith's apprentice to questing hero, a journey that sees him forge a magic sword, win a goblin's gold and slay a dragon, bathing in the beast's blood to make himself immune to harm (like Achilles, Siegfried's invincibility is not total, as a stray linden leaf sticks to his wet shoulder and prevents the balm entirely covering his skin). Siegfried arrives at the Burgundian court of Worms and is soon commissioned by King Gunther (Theodor Loos) to aid him in his mission to wed the fearsome but virginal warrior queen of Iceland Brunhild (Hanna Ralph, agreeably feisty and strongly resembling Noomi Rapace). Siegfried uses the Tranhelm, an invisibility cloak, to help Gunther best Brunhild in three Herculean games of strength, his victory requiring her to marry him. As a reward for his success, Siegfried is in turn given the hand of Gunter's sister, Kriemhild (Margarete Schön). Back at court, all is well until the hero's deception is discovered and a malicious lie is spread by Brunhild, leading to Siegfried's murder by courtier Hagen Tronje (Hans Adalbert Schlettow). Part two tells of the grief-stricken widow Kriemhild's obsessive pursuit of revenge against her own people for harbouring her husband's killer. In exile, Kriemhild allies herself with Attila the Hun (Rudolf Klein-Rogge), a brutal nomadic warlord, giving him an heir before using his army to lay siege to her enemies. 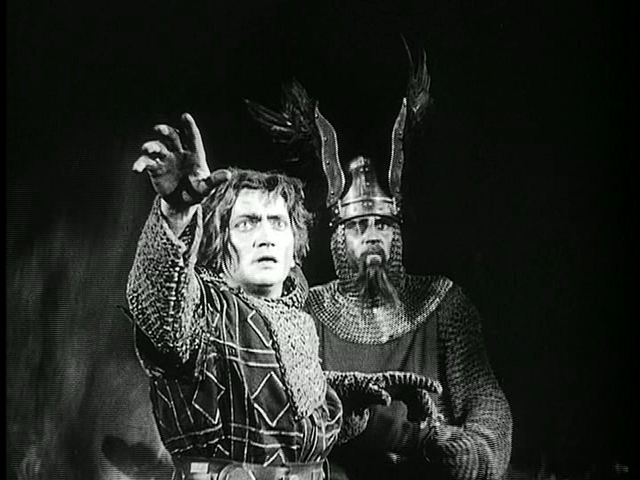 Almost every shot within Lang's Nibelungen represents a masterwork of composition in its own right. The famous image of Siegfried riding through Odenwald as the dawn sunlight streams between the trees is a fine example, the sequence channelling Silence Of The Forest (1896) by Swiss symbolist painter Arnold Böcklin and shot on a soundstage at the UFA-Neubabelsberg lot in Berlin, a set visited by the young Alfred Hitchcock and that left the future Master of Suspense quite breathless. Böcklin's Island Of The Dead (1880) is also referenced by Lang when we first spy Brunhild's castle rising up out of a lake of fire, the Northern Lights dancing in the sky above. There is no end to the spectacle on show: from the swirling mists of the valley in which Siegfried encounters the malevolent Alberich (Georg John) to the clanking Teutonic knights passing over a high drawbridge and the 400-strong horde of Asiatic horsemen racing across the steppes (one of the few moments that gave producer Erich Pommer cause for hesitation during production). As impressive as Otto Hunte's sets are, notably the lavish interiors of the court of Worms, which frequently feature anachronistic Christian iconography (presumably to placate a modern distaste for paganism), Lang also makes magnificent use of location shooting: that's real snow as Kriemhild gathers the sacred earth, those are real flowers growing by the brook where Siegfried meets his end and that's Schlettow's own breath escaping between shivers as Hagen dumps the last of Alberich's treasure into the icy Rhine. The geometric-patterned costumes and winged helmets by Paul Gerd Guderian are stunning too while the technical accomplishment of bringing Fafner the dragon to life cannot be overstated: this 70 foot fire-breathing behemoth, built from plaster coated with vulcanised hard rubber, took 17 men to operate from within, a foreman taking direction via telephone. 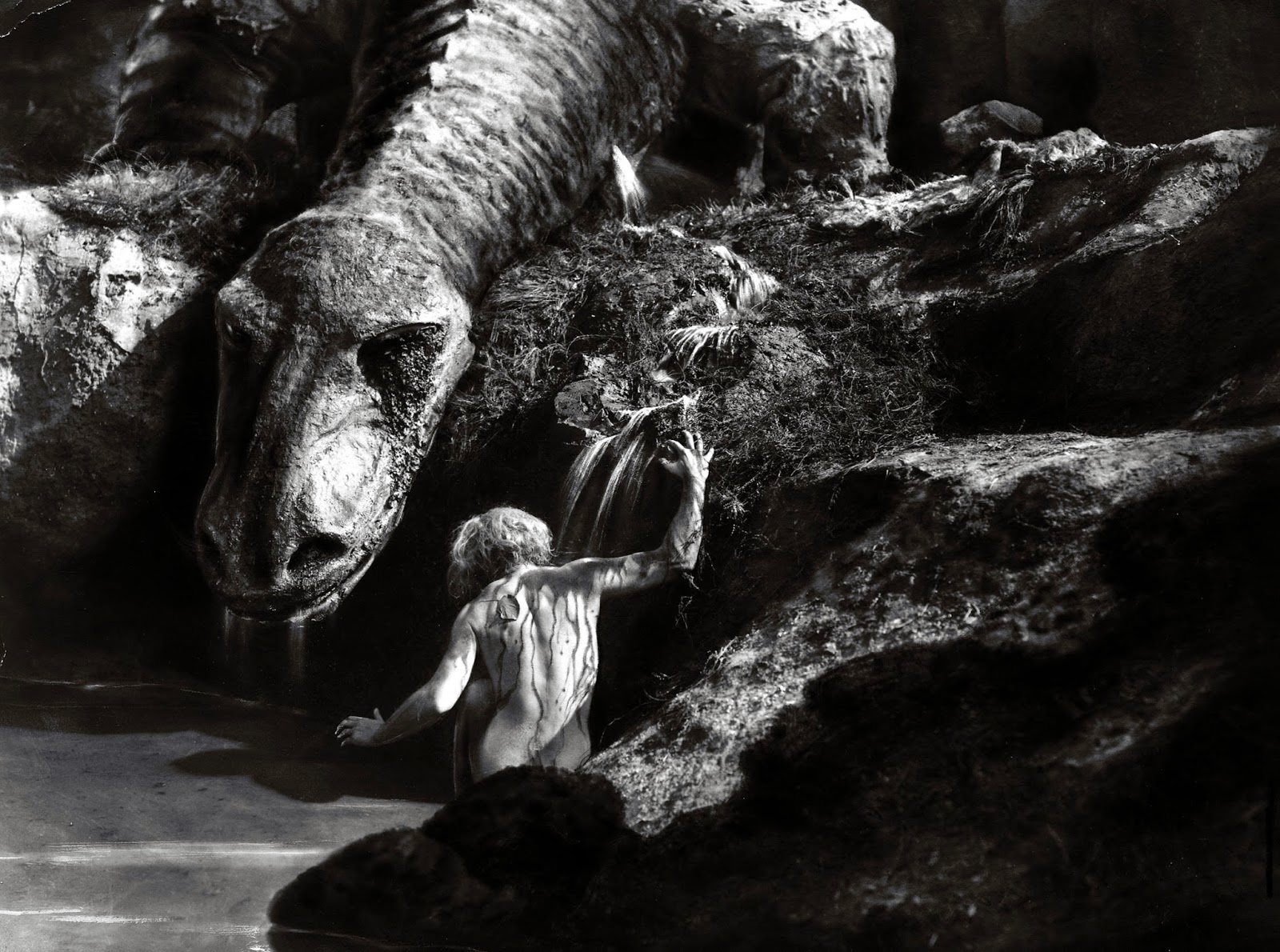 This Game Of Thrones for the 1920s remains a genuine masterwork then, even if it has been unfairly tarnished by its subsequent appropriation by the Nazis, a fate shared by Wagner's Ring Cycle and the writings of Friedrich Nietzsche, among others. Lang's Nibelungen was admired by Adolf Hitler and Joseph Goebbels as a timely reminder of Germany's valiant past, usefully reacquainting the cinema-going public with their native traditions at a time when these same stories were helping to provide the basis for the Third Reich's quasi-mystic and ultimately genocidal "Blood and Soil" philosophy. The film's cause has not been helped over the years by the perceived anti-Semitic characterisation of Alberich, especially when contrasted with the youthful Aryan ideal that is Richter's Siegfried, although this was never Lang and von Harbou's intention. Die Nibelungen left a more positive legacy when it inspired Sergei Eisenstein's biopic of Ivan The Terrible (1945-46), a thinly veiled allegory for Soviet-era tyranny. The contemporary European success of Lang's latest opus prompted UFA to release it in America, where it was greeted much less warmly. But the director remained cheerily philosophical nonetheless: "After all, what do people in Pasadena know about Siegfried fighting dragons?"
Posted by Joe at 14:39