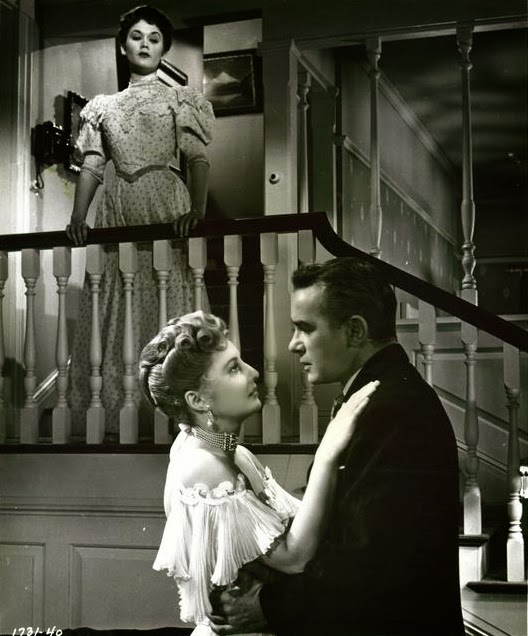 A sharp, emotionally intricate period drama from Douglas Sirk, All I Desire stars the redoubtable Barbara Stanwyck as Naomi Murdoch, a struggling vaudevillian sick of playing to unappreciative audiences in hick towns and the poorly paid itinerant lifestyle of boarding houses and pawn shops that comes with it. Receiving a letter from the family she abandoned in Riverdale, Wisconsin, Naomi impulsively decides to return home to visit them in time to see her daughter Lily (Lori Nelson) take the lead in her high school play. Lily is delighted to be reunited with her mother, whom she believes to be a great actress touring Shakespeare in Europe, but Naomi's reception is otherwise decidedly mixed: eldest daughter Joyce (Marcia Henderson) is positively frosty, son Ted (Billy Gray) seems dubious while husband Henry (Richard Carlson) looks like he's seen a ghost. The gossiping townsfolk, meanwhile, are delighted to have an opportunity to revive an old scandal: Naomi having left in the first place after her torrid affair with local outdoorsman Dutch Heineman (Lyle Bettger) became public knowledge. Naomi nevertheless manages to rekindle her relationship with her children and Henry, at the expense of his burgeoning romance with fellow teacher Sara (Maureen O'Sullivan), before the reappearance of the dogged Dutch brings matters to a head.

Taken from Carol Ryrie Brink's 1951 novel Stopover, All I Desire is a superior small-town melodrama that features several of Sirk's pet themes in embryonic form. The prurience, snobbery and hypocrisy of Middle America would recur in All That Heaven Allows (1955) while Naomi's battle with the embittered Joyce echoes the mother-daughter tensions at the heart of Imitation Of Life (1959). A more modest and contained affair than those big canvas weepies, All I Desire provides a marvelous showcase for Stanwyck, whom I think I admire more and more with every film I see.
Posted by Joe at 10:43