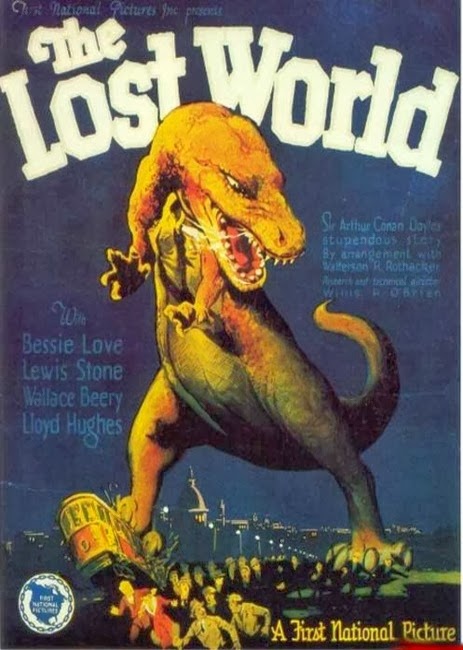 I've just got back from a screening of Harry O. Hoyt's blockbuster adaptation of Sir Arthur Conan Doyle's 1912 novel The Lost World at one of the strangest venues I've ever visited: Barts Pathology Museum, a Victorian loft located on one of the upper floors of St Barts Hospital in West Smithfield that houses esoteric anatomical curiosities in various states of degeneration, pickled for the ages in formaldehyde. Like some nightmarish operating theatre from David Lynch's The Elephant Man (1980), the museum's walls are lined with jars containing such horrors as human spinal chords warped by osteoarthritis, a complete skeleton disfigured by cretinism, a severed hand bloated with congenital elephantiasis, a guinea pig deliberately infected with tuberculosis via an injection to the groin for experimental purposes. There's even a lovingly preserved rodent ulcer. Brrr, rarely has a gin and tonic had a more welcome and steadying influence.

The Lost World was chosen for a short film season at Barts by Silent London because of Conan Doyle's connection with the institution, the writer having used it to make literary history in 1887 when he chose one of its laboratories as the scene for the first-ever encounter between Sherlock Holmes and Doctor Watson in A Study In Scarlet. More recently, Benedict Cumberbatch's 21st century Holmes threw himself off the top of it in the BBC's teatime favourite Sherlock. 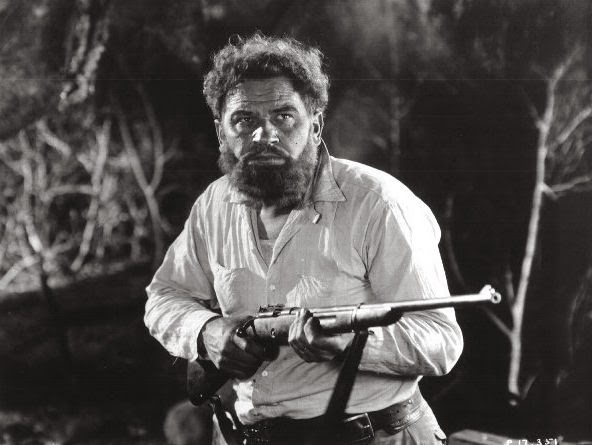 Anyway, Hoyt's big budget take on The Lost World begins when Professor Challenger (a bearded Wallace Beery, testosterone personified) makes the bold claim that live dinosaurs still roam the earth after reading his colleague Maple White's notebook from a recent excursion to the Amazon, a trip from which the latter never returned. London's scientific community responds to Challenger's wild proclamation and lack of material proof with a collective snort of derision. To prove the cynics wrong, the professor assembles a team of willing adventurers - including Maple's daughter Paula (Bessie Love), plucky journalist Edward Malone (Lloyd Hughes), "sportsman" Sir John Roxton (Lewis Stone) and a Capuchin monkey named Jocko - and sets sail for Brazil. Sure enough, the gang encounter pterodactyls, a brawling allosaurus and malevolent ape-men amid the sweltering jungle climes, with Paula and Edward managing to find time for romance against a backdrop of almost unprecedented peril and danger. 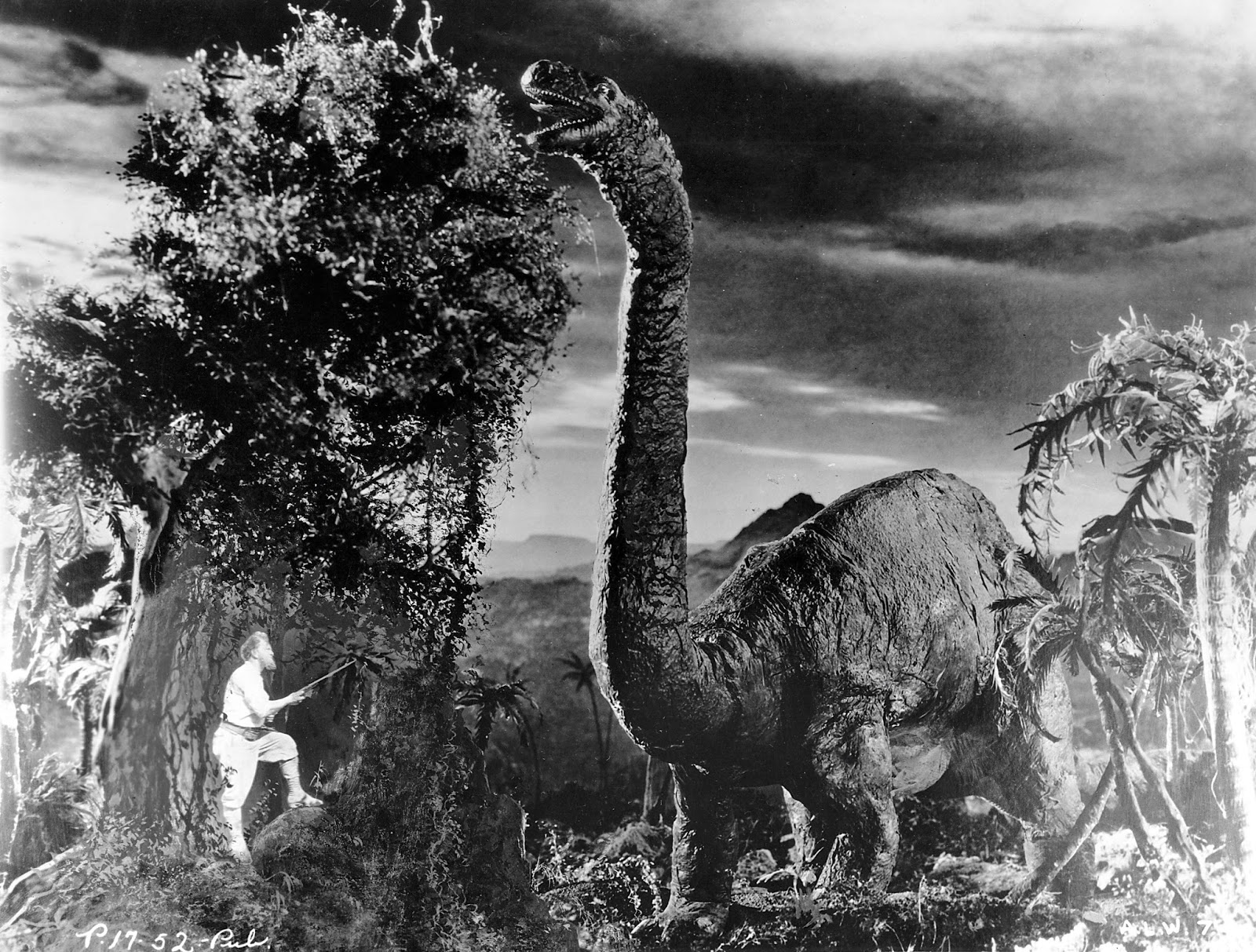 In this Jurassic Park (1993) for the Roaring Twenties, Conan Doyle himself (amazingly) makes an appearance to provide a brief prologue/endorsement before the feature begins. However, the real selling point is, naturally enough, the sensitively animated stop-motion dinosaurs on show from Willis O'Brien, a gifted special effects man who would later work on Merian C. Cooper and Ernest B. Schoedsack's celebrated 1933 King Kong. An influence on Ray Harryhausen, O'Brien's well-observed prehistoric monsters all have plausible, recognisably bestial traits, swishing their tails like snakes, bucking their heads and strutting like roosters or snapping sharp beaks like freshwater turtles, all in endearingly jerky fashion. An insatiably aggressive tyrannosaurus got laughs from the audience tonight, as did some unintentionally hilarious title cards and the escaped brontosaurus who devastates London at the film's climax. Anticipating Kong, this would-be Nessie knocks over the Duke of Wellington statue in front of the Bank of England, wrecks a perfectly good pub and smashes Tower Bridge in half before leaping into the Thames and swimming out to the Channel in a bid for freedom. At least Challenger proved his point.
Posted by Joe at 22:49