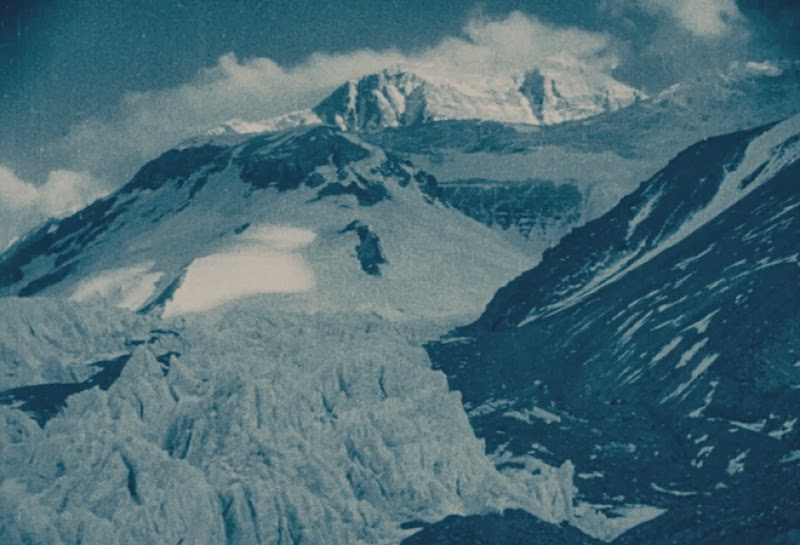 I've recently returned to Twitter and already it's paying dividends. Without it, I'd never have known that Rough Trade East was hosting a free screening of Captain John Noel's recently restored The Epic Of Everest on the eve of the documentary's debut DVD release, even though the famed record shop is just a few moments walk from my flat. Quite an invention, this internet. Between you and me, I think it could go all the way.

The film itself, lately revived and given a digital spruce-up by the BFI National Archive, records the ill-starred third British attempt to reach the summit of the world's highest peak in June 1924, an adventure that ended in tragedy when mountaineers George Mallory and Sandy Irvine disappeared, presumed frozen to death, just 600 feet from the top. The rediscovery of Mallory's cadaver in 1999 leaves us none the wiser as to whether or not the two men actually made it, the climber's Kodak camera missing from his effects. Nevertheless, Captain Noel's record of their final moments, captured at long range through a Hobson telephoto lense, stands as a poignant testament to their heroism. What more fitting end could they wish for, asks one haunting intertitle, than to die among nature in "a grave of pure white snow"? The Epic Of Everest also ponders the native idea that Chomolungma, the spirit of this sublime mountain or "goddess mother of the world", deliberately intervened to sabotage their mission as an affront to the hubris of man, a frightening notion if ever there was one. 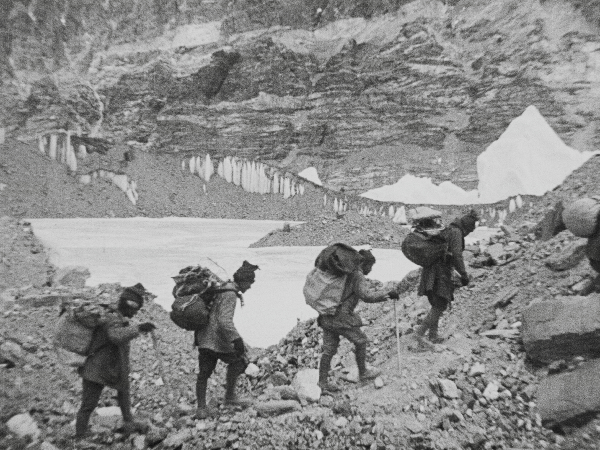 Inspired by other cinematic records of heroic post-war expeditions such as Frank Hurley's South (1919) and Herbert Ponting's The Great White Silence (1924), Captain Noel, an art school alumni and former soldier with the East Yorkshire Regiment in India, had been determined to make his own. With both Poles conquered, Everest seemed the last great challenge to a generation of veterans determined to prove that life was worth living and that wonder still existed in the world despite the traumatic evidence of recent history and the evolving horrors of mechanised warfare. With hindsight, some have read The Epic Of Everest as a propaganda piece reminding the colonies that the British Empire was still as mighty as ever after the Great War, but this seems to me to overlook the sheer pleasure Noel and company took in the sport of it all. Having learned much from shooting his first attempt, Climbing Mount Everest (1922), the captain founded Explorer Films and worked hard to rustle up the £8,000 funding needed to ensure that his team and their sherpas had only the most high-tech, customised equipment to carry with them. This included a lightproof tent for Noel to develop his negatives in and 14 cameras with rubber eyepieces to prevent the devices freezing to his face when shooting at altitude. The result of Noel's foresight and expertise is a marvel to behold: a fascinating record of life in the Himalayas before the men have even left base camp and an astonishing vision of blinding white snow, drifting clouds and giant icicles thereafter. The Tibetan native sequences, taking in the local colour from the village of Phari Dzong, the world's highest human settlement, and the Rongbuk monastery, might also seem problematic to modern eyes, betraying an Edwardian's disdain for the squalor in which the inhabitants live and a patronising attitude towards their folk customs and dress, but I'd say there's ultimately real affection here for a charming and resourceful people. Their modesty when confronted with the camera is particularly endearing. The commercially-minded Noel would later bring seven Tibetan lamas to London to help illustrate his lecture tour in support of the film's release, a stunt that angered the country's government and led to a brief ban on British explorers entering the now-disputed territory, the worst nightmare of Noel and his friends at the Everest Committee. 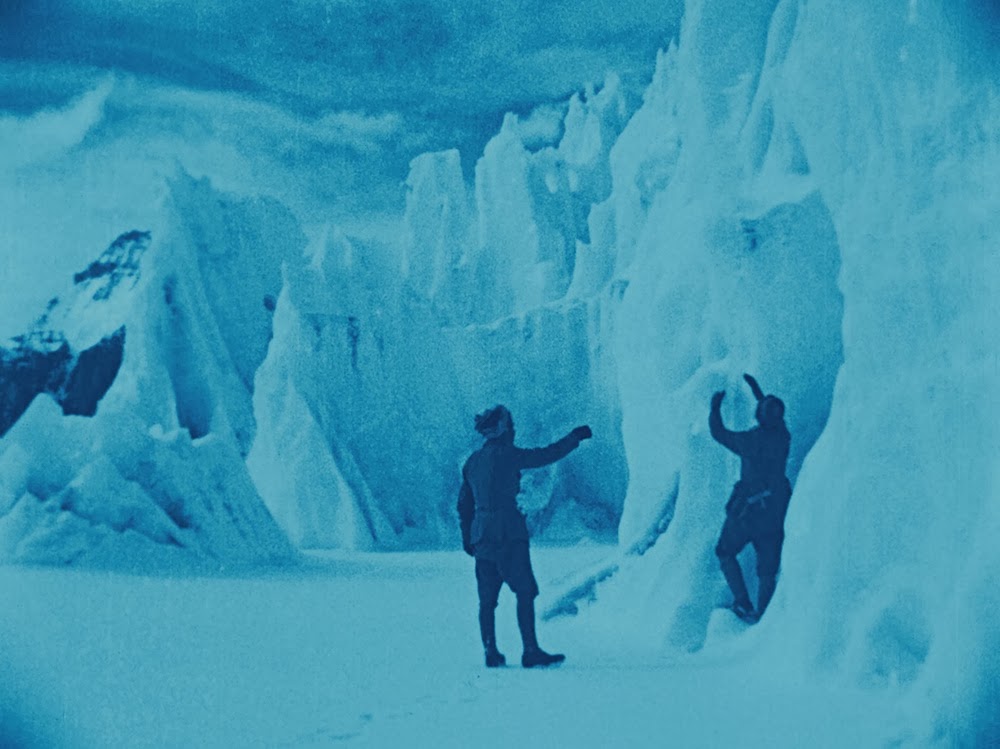 The screening I saw at Rough Trade was attended by Simon Fisher Turner, formerly Derek Jarman's go-to composer, who has created an impressive new score of ambient brass and "found sounds" for the restoration, featuring, among others, Cosey Fanni Tutti of Throbbing Gristle on cornet, trumpeter Andrew Blick and a Nepalese family from Ealing playing a variety of regional instruments, including, excitingly, yak bells. Fisher Turner revealed that he had originally had Tilda Swinton providing heavy breathing on the soundtrack to remind us of the enormous physical strain of the undertaking - digging fresh ice steps with a pick-axe all the way - and of the climbers' reliance on oxygen tanks, but was ultimately persuaded against including the actress's dramatic exhalations. Captain Noel's daughter Sandra was also answering questions and told us that the film had languished for many years at the bottom of the family airing cupboard, gathering dust in a cottage in Kent over the decades, and was so little thought of that the Noels' cat even gave birth to a litter of kittens while lying on top of it! A truly amazing rediscovery.
Posted by Joe at 12:49