Angry cop Jim Wilson (Robert Ryan) is hastily reassigned upstate in order to lie low while police brutality charges are brought against him. Leaving the big bad city behind and soon finding himself trudging through unfamiliar snowdrifts, Wilson is tasked with tracking down the killer of a young girl. The victim's father, Walter Brent (Ward Bond), is out for revenge, teaming up with Wilson after his posse's search proves fruitless. The pair soon realises the man responsible is Danny Malden (Sumner Williams), the disturbed brother of Mary (Ida Lupino), a blind woman living nearby in a remote cabin. With Danny on the run, Wilson unexpectedly rediscovers his humanity by falling for the vulnerable spinster, recognising in her his route to redemption. 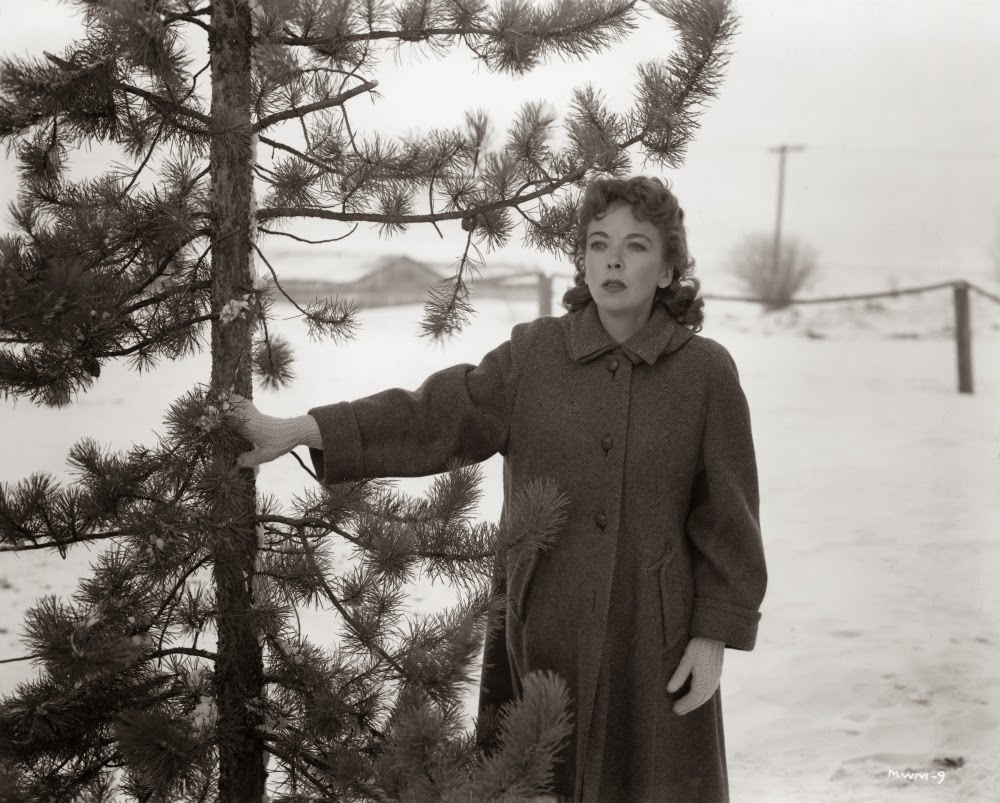 An underrated and surprising noir from the great Nicholas Ray, RKO's On Dangerous Ground starts out like Otto Preminger's brutal Where The Sidewalk Ends (1950), a character study of a detective on the skids, but finally reveals itself to be a Sirkian invalid drama in the manner of Magnificent Obsession (1954). This switch in tone is as remarkable as it is unexpected, and represented visually by Ray swapping inky black metropolitan streets and alleyways for the blinding white splendour of the American winter. This stark but beautiful landscape and the violent deed it plays host to makes for an effective juxtaposition, an idea since repeated in Fargo (1996), Erik Skjoldbjærg's Insomnia (1997) and much of the "Nordic noir" that has followed in the latter film's wake. Ryan is excellent as the blank, unsympathetic Wilson, a one-time college football star stifled by the urban jungle he operates in and concerned that its feverishly immoral atmosphere might be going to his head, while only an actress of Lupino's intelligence could prevent Mary becoming the saintly innocent of cliché and the film a mawkish confection. On Dangerous Ground benefits from a solid script from A.L. Bezzerides by way of Gerald Butler's novel Mad With Much Heart (1946), there's strong support courtesy of Bond, Ed Begley and Charles Kemper and a fine, characteristic score from Bernard Herrmann, anticipating his later work on Vertigo (1958). This is particularly obvious in the climactic scene in which the fugitive Danny Malden is chased up a rocky precipice before slipping and tumbling to his death, an incident accompanied by some appropriately frantic brass that calls to mind Scottie Ferguson's later misadventures in the Spanish mission's bell tower. One feels Hitch must have seen this film and taken a keen interest in its troubled boy killer.
Posted by Joe at 11:41