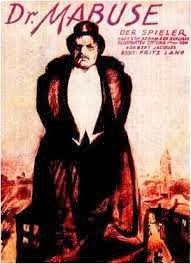 "[Dr. Mabuse, The Gambler] was a thriller about an arch-criminal and the public liked it for that. Nevertheless, it was also a picture of how crime was rampant in Germany after the First World War. The film reflected the demoralised atmosphere of Germany at the time, with the despair and vice attendant on the loss of the war. It was the kind of atmosphere in which a man like Mabuse could thrive. I saw the master criminal after World War I as a version of the superman which Nietzsche had created in his writing."

This was director Fritz Lang's reappraisal of his first Dr. Mabuse picture in 1975, looking back on the work over half a century on from its production and original theatrical run. The character, who first appeared in a novel by Norbert Jacques and is played here by the extraordinary Rudolf Klein-Rogge, is a hypnotist, forger and master of disguise who delights in manipulating both cards and people, even tinkering with the stock exchange via the theft and "rediscovery" of important diplomatic papers in this instalment's bravura opening. Although the character owes much to earlier pulp masterminds like Fantômas, Fu Manchu and that other "Napoleon of crime" Professor Moriarty, Lang saw in Mabuse something far richer and more unsettling, an emblem of his age. The man is a corrupt decadent, a symbol of the vermin that exploit, bully and abuse in order to get ahead in times of national crisis. Hypnosis provides Mabuse with the means of cheating at the gambling table and defrauding his opponents, notably the naive American industrialist Edgar Hull (Paul Richter), but this is more about sport than necessity.

Like Robert Wiene's Dr. Caligari, Mabuse is also a man of science who cannot be trusted, setting out his stall as a practising psychoanalyst only to use the insight he gains into his patients' minds in order to control them. The likes of Count Told (Alfred Abel), a collector of cubist art, whom he drives to drink and suicide in order to carry off his wife (Gertrude Welcker), is only Mabuse's latest victim. And if you can't trust the doctors...

Lang and his partner and collaborator Thea von Harbou (previously married to Klein-Rogge), showed uncanny foresight when they dreamt up their interpretation of Mabuse, effectively predicting the advent of opportunistic despotism in Germany. Critic Siegfried Kracauer famously included Mabuse in his "progression of tyrants", his grouping of sinister cultural figures like Caligari and Murnau's Nosferatu that appeared before the German public in the Twenties and spoke of the coming of dictatorship and Adolf Hitler. "[Mabuse] would be impossible to make in the United States: the idea of the superior race, of a race of masters, simply doesn't exist", Lang said in 1967. "In Germany, even when you are dead, you must obey, 'your corpse must obey.' I don't believe there is another people who are as ready to die without knowing why." 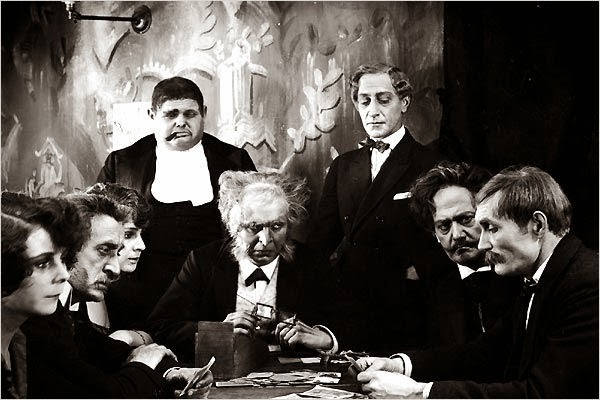 Almost four and a half hours in length and divided into two parts, Dr. Mabuse, The Gambler is a sprawling epic that admittedly sags in parts. State Prosecutor Norbert von Wenk (Bernhard Goetzke)'s plodding investigation into the fiend's activities might seem unbearably slow to modern eyes and there's a definite imbalance between the two halves. The first, 'The Great Gambler: An Image Of The Age', is far more interested in capturing Berlin's hedonistic nightlife, an underworld of cocaine, showgirls, gentleman's clubs and séances, while the second, 'Inferno: A Game For The People Of Our Age', concentrates on action. Here, a moonlit car chase through a forest, swiftly followed by a shoot-out and sewer escape (echoed in The Third Man, 1949, and Lang's own, much later While The City Sleeps, 1956), lingers long in the memory.

Despite its faults, excusable in early cinema, the whole is a magnificent achievement. Bearing out Norma Desmond's famous critique of the talkies from Sunset Boulevard (1950), "We didn't need dialogue. We had faces!", Dr. Mabuse, The Gambler presents a gallery of remarkable countenances, with Klein-Rogge in his various guises, Abel, Welcker and henchmen Robert Forster-Larrinaga and Charles Puffy, respectively ghostly and plump, particularly striking.
Posted by Joe at 12:03