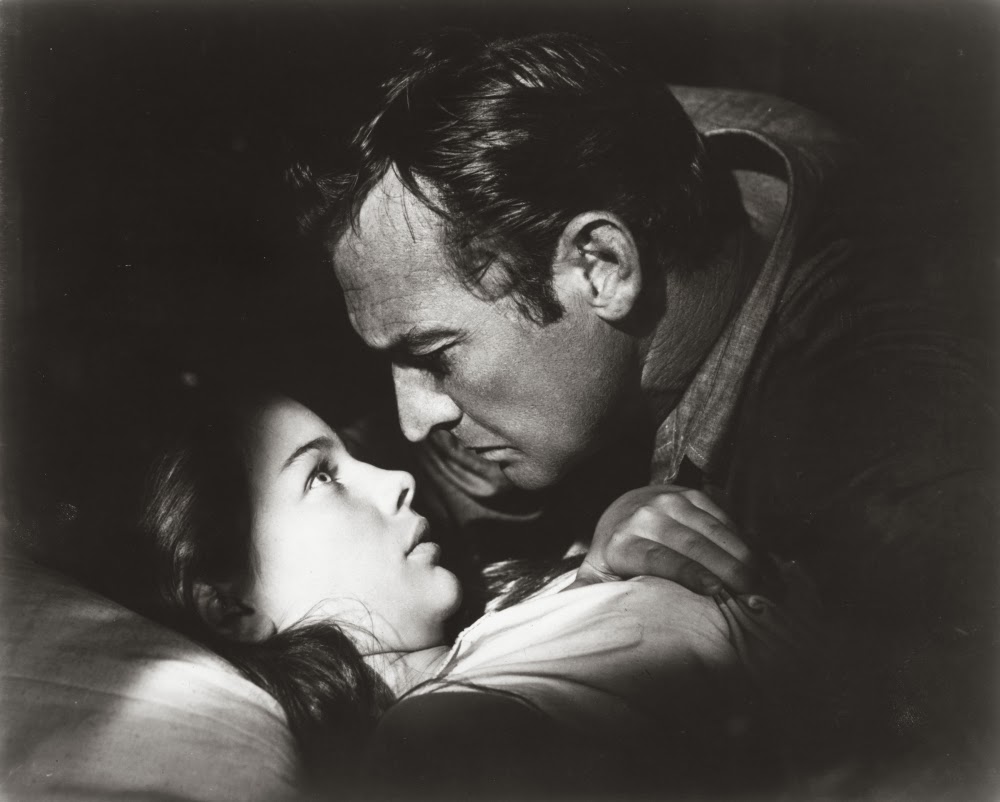 This was the great Spanish surrealist Luis Buñuel's second and last American film following a crack at Robinson Crusoe in 1954. Dismissed upon release and little seen since, The Young One has much in common with Harper Lee's novel To Kill A Mockingbird, which was published the same year, especially in terms of theme and mood, but was actually based on 'Travelin' Man', a 1957 short story by Peter Matthiessen. In its opening scenes, we're introduced to Traver (Bernie Hamilton), a black jazz musician, hepcat and war veteran falsely accused of rape by a wealthy white woman, who flees a lynch mob in a purloined motor boat before taking refuge on a remote island off the Carolinas. There he blunders into bigoted game warden Miller (Zachary Scott), who has recently assumed the guardianship of young Evvie (Key Meersman) after the death of her alcoholic grandfather. Miller is a native racist and an enthusiastic trapper of prey, but his real sport just now is the innocent, barely pubescent Evvie, whose developing feminine form has become an unhealthy fascination for him. 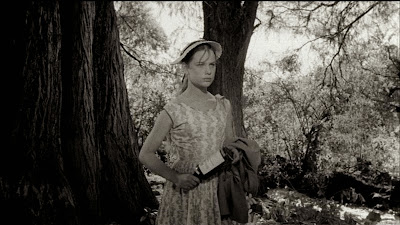 Buñuel's primary interest here is in Miller's queasy sexual designs on his pretty young ward, rather than the racism and injustice suffered by Traver (reflected in the shift away from Matthiessen's title). The director successfully and uncomfortably involves the viewer in Miller's lust for his swampland Lolita - which this hawk seeks to legitimise by supplying the girl with adult dresses and high heeled shoes - by having Gabriel Figueroa's camera linger over Evvie's slender adolescent limbs, notably during a shower scene. The island setting feels both boldly unfamiliar and artificial, but its balmy climate serves to echo and exacerbate the feverish emotional conditions of its inhabitants, a trick borrowed from the Southern Gothic writers Buñuel is imitating, primarily William Faulkner and Tennessee Williams. An unexpected shot of a raccoon slaying and devouring a live hen reveals another key genre influence, Charles Laughton's masterly The Night Of The Hunter (1955), a film with which Buñuel was unwise to invite comparisons.

After a tense opening, the director and his co-scribe Hugo Butler (then blacklisted and credited under the pseudonym "H.B. Addis", a name taken from the spine of his pencil) later stray into odd territory by attempting to excuse the partially reformed Miller, who is, after all, the tale's real rapist, by having him come around to Traver and by providing him with an even more menacing doppelganger in the person of Jackson (Crahan Denton), a racist so die-hard he believes black men are not wholly human because they are born without souls. This goes against Miller's deliciously nasty taunting of Traver about the behaviour of predatory black G.I.'s in Italy during WWII or his jealously tossing a "souvenir" grenade to frighten his nemesis when the latter presumes to play his phallic "black liquorice" clarinet to please Evvie. Traver meanwhile turns out to be the product of good intentions and lazy writing, a streetwise black character more upstanding, cultured and moral than all of his white tormentors put together. Muddying the waters might have been a better idea. Claudio Brook's kindly reverend, who arrives to rescue Evvie from Miller and cast doubt on Traver's guilt, is similarly two-dimensional and, in flipping a mattress Traver has slept on before using it himself, inadvertently but predictably unmasks himself as a hypocrite. Overall, The Young One is an interesting rediscovery but only minor Buñuel and hardly the unjustly forgotten masterpiece some would have you believe.
Posted by Joe at 17:01