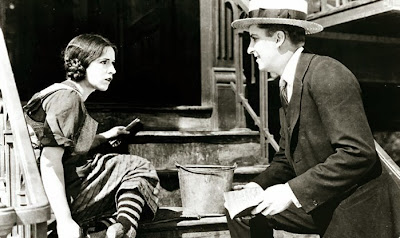 An early Sam Goldwyn production, not long after the future studio mogul had changed his name from Samuel Goldfish and packed in the glove business for good, Hungry Hearts is an extremely moving silent melodrama about one Jewish family's journey from daily oppression in the shtetls of Tsarist Russia to the promise of a better life in the New World. Like so many immigrants before them and after, the Levins take up residence in a shabby tenement house on New York's Lower East Side and work their way up from nothing, encountering hardship and opportunistic villainy before prevailing in the pursuit of happiness. The film's story is taken from a novel of the same name by Ania Yezierska and, although Hungry Hearts is undeniably both highly conventional and sentimental, its universality ensures that it continues to resonate. 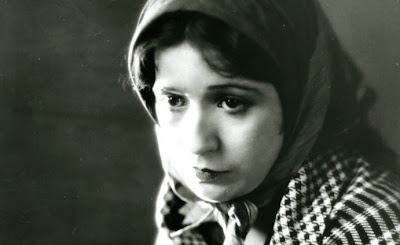 E. Mason Hopper's feature accurately captures the immigrant experience and the bustle of turn-of-the-century New York and is anchored by two marvelous performances from its female leads. Rosa Rosanova is impressive as formidable matriarch Hanneh Levin, forced to hold the family together when her scholarly but ineffectual husband (E.A. Warren) fails, particularly in the unforgettable scene in which Hanneh destroys her kitchen with a meat cleaver after a bullying landlord doubles the rent on the grounds that the Levins' apartment has become too luxurious (she's painted it white in a bid for grandeur). Hanneh, haunted by memories of Cossack brutality and motivated by a desperate love for her family, is as real and poignant a character as I've seen on the big screen. The beautiful Helen Ferguson is also heartbreaking as eldest daughter Sara: determined, ambitious and touchingly vulnerable. Her romance with young lawyer David (Bryant Washburn), a son of the previous generation to pass through Ellis Island, finally secures the Levins their suburban security, but it's a hard won victory and one that we greet with a cheer at this very human film's close. I was lucky enough to see Hungry Hearts screened at the Barbican in London as part of the UK Jewish Film Festival 2013 with a live accompaniment by talented multi-instrumentalists Robin Harris and Laura Anstee and cannot recommend it highly enough.
Posted by Joe at 20:11