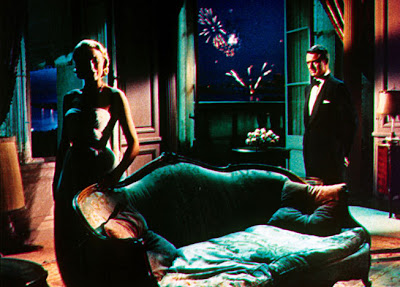 With Swiss jeweler Chopard recently suffering a $1m gem robbery at the Cannes Film Festival, what better time to revisit Alfred Hitchcock's pleasing Riviera cat burglar caper with Cary Grant and Grace Kelly? Grant stars as expat American John Robie, a retired gentleman thief and former French Resistance fighter now living in splendid isolation on the Côte d'Azur, having long since hung up his crepe soles and tool bag. When a spate of copy cat crimes strike the Hotel Carlton in Cannes, Robie finds himself the prime suspect and sets out to catch the real culprit and clear his good name, roping in British insurance agent H.H. Hughson (John Williams) for support. Robie soon runs into wealthy holidaymaker Jessie Stevens (Jessie Royce Landis) and her exquisite but icy daughter Frances (Kelly), falling for the latter when she guesses his identity.

Hitchcock was dismissive about To Catch A Thief in 1967 in conversation with François Truffaut, whom he had first met along with Claude Chabrol while editing this film's rushes at Paramount's studio in Joinville, Paris, almost apologising for it as "lightweight". To Catch A Thief is certainly first and foremost an entertainment, its handsome leads a dream pairing, its Oscar-winning Technicolor cinematography from Robert Burks painting a sunny  travelogue while John Michael Hayes' script is well seasoned with innuendo and suggestive double entendres ("Leg or breast?" Grace asks, offering Cary cold chicken at a picnic lunch). Hitch is clearly amusing himself, delighting in interrupting romantic scenes with symbolic images of fireworks exploding over the harbour and placing a phallic rolled umbrella in Kelly's toying hands after her attempts to seduce Grant have been thwarted. 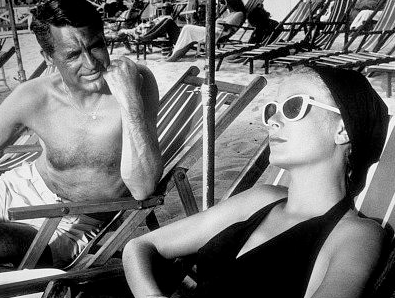 For all that, there's an undercurrent of Highsmithian menace rippling beneath the surface of this wrong man thriller and an unmistakable erotic charge to the relationship between Robie and Frances, she apparently fascinated by him explicitly because of his criminal past and the daring and danger he thus represents. This is a theme the director would explore in much deeper, darker, more Freudian terms a decade later with Marnie (1964). Like that film and many others in Hitchcock's oeuvre, we are again introduced to a dominant mother, although this is a rare instance in which that archetype is solely an instrument of good, Landis funny, relaxed and earthy as a merry widow with a taste for bourbon. Hayes' screenplay, adapting a novel by David Dodge, meanwhile also poses an interesting question about the nature of theft, with Robie provocatively challenging Hughson on whether or not lifting towels and soap from hotels, making liberal use of a corporate expense account or even taking out an insurance policy might not also be considered forms of stealing. Further shading comes from the sight of Grace Kelly speeding along coastal roads in the same part of the world were she would meet her tragic end as Princess of Monaco in 1982, a grim thought that inevitably now accompanies To Catch A Thief. A comic fantasy adventure of wealth and skulduggery that anticipates the James Bond series then, but hardly lightweight.
Posted by Joe at 16:58