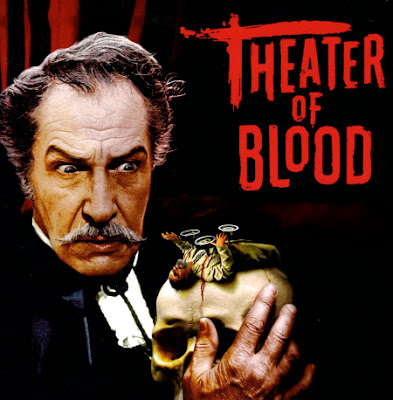 Following on from The Abominable Dr Phibes (1971) and its sequel, Vincent Price once more plays a ritualistic serial killer in a camp British horror filled with comedy stars of yesteryear. This time out, Price appears as classically-trained stage thesp Edward Lionheart, a honey-glazed ham who refuses to appear in anything other than Shakespeare. Monomaniacally obsessed with winning the Best Actor statuette from the London Critics Circle, Lionheart is mortified when he loses the 1970 gong to an inexperienced débutante, the nomination an obvious stitch-up contrived by the leading lights of the theatrical press in order to humiliate him. The tormented tragedian flips his wig, confronting the reviewers and subjecting them to a laboured performance of Hamlet's "To be or not to be" soliloquy on a Lambeth apartment balcony before casting himself into the Thames in the manner of Ophelia. Assumed dead, Lionheart is actually rescued by a gang of meths-swilling vagrants and returns three years later to pick-off the writers who wronged him one-by-one, devising intricate deaths inspired by the Shakespeare plays he was performing in during his final repertory season. 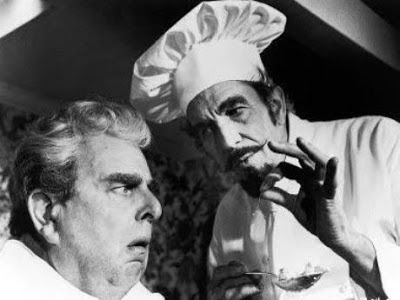 As ever, the plummy Price is having a ball, relishing the opportunity to live out an actor's gory Grand Guignol fantasy of doing away with the poison penmen of the review section. Ably supported by Diana Rigg as his ruthless daughter Edwina, Price dons all sorts of cartoonish disguises to carry out his mad revenge plot, appearing as a French chef, a Scottish masseur, a gay disco hairdresser named Butch and a fencer to duel on trampolines with Ian Hendry. Barking. His victims this time include the likes of Michael Hordern, Dennis Price, Robert Morley, Jack Hawkins, Diana Dors and Arthur Lowe, all attracted by the production's witty and literate script from Anthony Greville-Bell. An effeminate, bequiffed Morley in a pink and peach suit being force-fed his own beloved poodles baked in a pie in the style of Titus Andronicus (above) is perhaps the film's calling card, but it's hard to forget the image of Price sawing off the head of Captain Mainwaring (below) and spiking it on top of a milk bottle for Hendry to find the next morning, a murder echoing the end of Cymbeline. 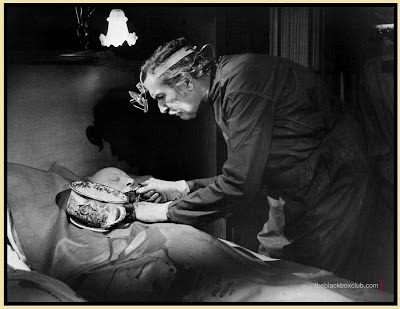 The screening I saw at London's BFI Southbank was introduced by Reece Shearsmith, one of the culprits behind macabre comedy troupe the League of Gentlemen, as part of the institute's "Screen Epiphanies" series. Shearsmith cited the film as a major tonal influence behind the League's work and a key shared reference point between its founding members. Most amazingly, the actor pointed out that you can buy Edward Lionheart action figurines online and indeed it is so. Some of late director Douglas Hickox's family were also in attendance and visibly delighted to see the film entertain an audience on the big screen once again.
Posted by Joe at 11:01