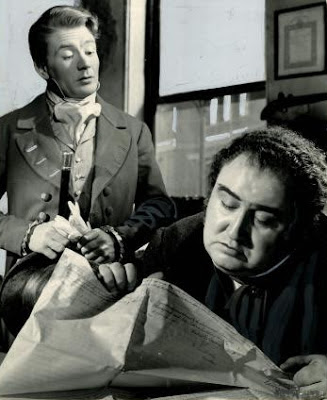 As the bicentenary of Charles Dickens’ birth draws to a close with yet another unnecessary prestige adaptation of Great Expectations (1861) foisted on the public, this time starring Jeremy Irvine, Ralph Fiennes and (inevitably) Helena Bonham Carter as Miss Havisham, I thought I’d say something about the definitive cinematic version of the book. Accept no imitations, David Lean’s take on the story of Pip, an orphaned blacksmith’s apprentice who becomes a gentleman thanks to the intervention of a mysterious patron, is a masterpiece in its own right and undoubtedly one of the finest screen translations of Dickens there is, probably even surpassing MGM’s David Copperfield (1935) and Ealing’s Nicholas Nickleby (1947). 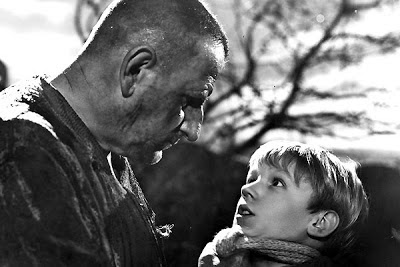 Lean was inspired to make the film after (reluctantly) attending a performance of a new theatrical interpretation of the novel staged at London’s Rudolph Steiner Hall in 1939 with his actress wife Kay Walsh. The play they saw that night had been scripted by a young thesp named Alec Guinness, who narrated from the wings and appeared as Herbert Pocket while Martita Hunt starred as Miss Havisham and Marius Goring as the elder Pip. Lean returned with producers Ronald Neame and Anthony Havelock-Allan who were equally enthused and promptly pitched the idea for a film based on this version to J. Arthur Rank, who eagerly gave his consent, although it took several years before the group could assemble a suitable screenplay, with Lean, Walsh, Neame, Havelock-Allan and Cecil McGivern all eventually contributing. Guinness and Hunt reprised their roles and were joined by such greats as John Mills (then aged 38 and playing half that), Francis L. Sullivan (appearing as Jaggers for a second time after taking the part in a 1934 endeavour), Bernard Miles, Freda Jackson and a young Jean Simmons and Valerie Hobson as the two incarnations of Estella, la belle dame sans merci reared by her benefactress “to reek revenge on all the male sex”. 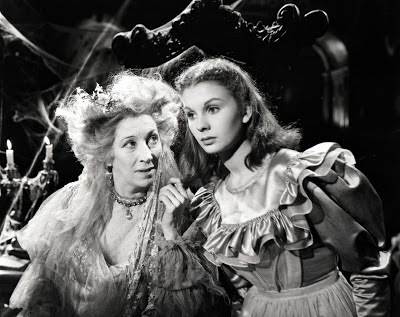 Lean and his collaborators weight the finished film just right, never dwelling too long on one episode or overemphasising one character at the expense of another. Important but minor figures like Wemmick (Ivor Barnard), Uncle Pumblechook (Hay Petrie) or Bentley Drummle (Torin Thatcher) are necessarily reduced but given their moments in the spotlight in scenes that never risk interfering with the pacing. The director was under the influence of German expressionism at the time and this is evident in the use of ghostly voiceovers and hanging fog in the Kent marshes sequences and in the gloomy gothic horror of Miss Havisham’s mouldering mansion, where mice frolic atop a rotten wedding cake and cobwebs sag across the candelabra like sighs. Lean apparently fired Robert Krasker as his cinematographer early into shooting over artistic differences, despite having used him to such great effect on Brief Encounter (1945), although the director would be rewarded for this bold decision when Krasker's successor, Guy Green, won an Oscar. Krasker, meanwhile, went on to form a formidable partnership with Carol Reed and would shoot the likes of Odd Man Out (1947) and The Third Man (1949) before the decade was over. 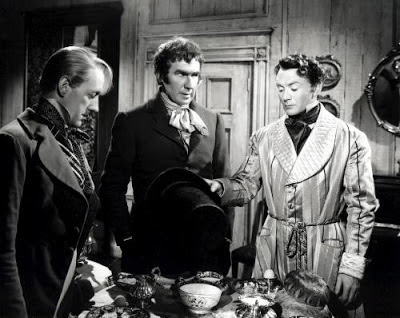 Great Expectations’ biggest asset though is its magnificent cast. Hunt, Guinness, Sullivan and Finlay Currie as escaped convict Abel Magwitch could all have stepped straight out of the book while Anthony Wager is pitch-perfect as the frightened but redoubtable young Pip. Sullivan, dwelling in ghoulish chambers lined with death masks and token slipknots, is always a pleasure (“I have a very large experience of boys and you’re a bad lot of fellows”) but its Bernard Miles who breaks my heart every time as Joe Gargery, the humble blacksmith so gravely wronged by the mercurial Mrs Joe (Jackson) and so deserving of a second chance at happiness with Biddy (Eileen Erskine). The scene in which he visits Pip’s quarters at Barnard’s Inn and proceeds to fumble with his top hat in an attempt to balance it on the mantelpiece, a source of mortification to the young gentleman as it occurs in front of the kindly but aristocratic Herbert, is so especially excruciating because we know that Pip’s anger and embarrassment could only be born of love. Joe’s dignified departure, having instinctively understood the implications of his gaff, is devastating and one aches for the self-reproaching Pip: “I realised that in becoming a gentleman, I had succeeded only in becoming a snob.” The film contains any number of unforgettable scenes, from Magwitch’s jolting first appearance in the graveyard, to young Pip’s boxing match with Herbert to the nodding encounter with the Aged P (O.B. Clarence) at Wemmick’s house and the thrilling river chase to intercept the packet boat. It’s one of my all-time favourites, in other words. The commercial success of Great Expectations with post-war audiences prompted the production team to reunite with Guinness and Sullivan in 1948 for a less perfect but still highly entertaining Oliver Twist.
Posted by Joe at 18:44