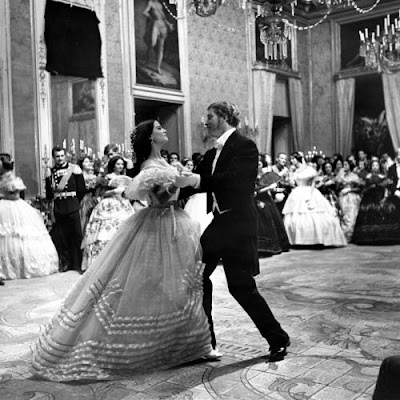 “If we want things to stay as they are, things will have to change.”
- Tancredi Falconeri

Some have hailed Luchino Visconti’s sumptuous adaptation of Giuseppe Tomasi di Lampedusa's only novel as the finest film ever made and there’s a strong case for it. The Leopard recounts the life of the mid-19th century Prince of Salina, Don Fabrizio Corbera (Burt Lancaster), an ageing aristocrat initially in denial of the dead soldier on his lawn and the wider significance it represents as Garibaldi’s Redshirts sweep into Sicily. Insisting instead that nothing will change for his privileged caste, Don Fabrizio confidently assures his priest that his decadent world of hunting, picnics and balls will be free to carry on regardless of the outcome of the disagreeable recent spate of skirmishes. However, the prince also knows that his homeland is riven with a self-destructive urge for oblivion and is nothing if not “a country of comprise”. Don Fabrizio soon finds himself forced to make a series of pragmatic decisions in order to safeguard the legacy of his seven children as the “jackals and hyenas” circle to drive old “leopards” like him to extinction. Against his own wishes, the prince votes for Victor Emmanuel and the unification of Italy to ensure that the revolutionary mood of the peasants of Donnafugata does not spill over into violence. Later, he arranges for his dashing nephew Tancredi (Alain Delon) to marry Angelica (Claudia Cardinale), the daughter of gauche, nouveau riche landowner Don Calogero Sedara (Paolo Stoppa), instead of his own daughter Concetta (Lucilla Morlacchi), knowing full well she is in love with Tancredi. Finally, Don Fabrizio rejects a prestigious senatorial position with the new government, surrendering instead to provincial irrelevance and mortality with a sigh for a lost age of splendour. 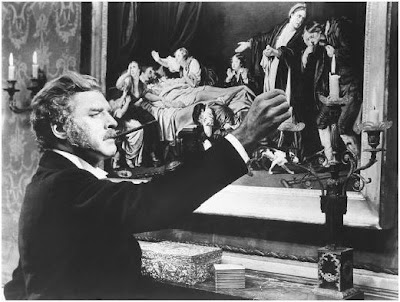 Lampedusa himself was the last in a line of Sicilian princes, a solitary cove who spent his life quietly following intellectual pursuits and pondering the possibility of writing a novel about the opulent lifestyle of his grandfather, Don Giulio Fabrizio Tomasi, during the Risorgimento. Lampedusa finally commenced the work in 1954 as a means of combating depression, brought on by the death of his mother and the destruction of the family palazzo in Palermo during the war, finishing the work a year later only to face the disappointment of seeing it rejected twice by Italian publishers. After the author’s death from lung cancer in 1957, Il Gattopardo was published posthumously to huge acclaim after being championed by novelist Giorgio Bassani and Visconti’s film followed five years later, taking the Palme d’Or at Cannes but met with bemusement at its New York premiere. 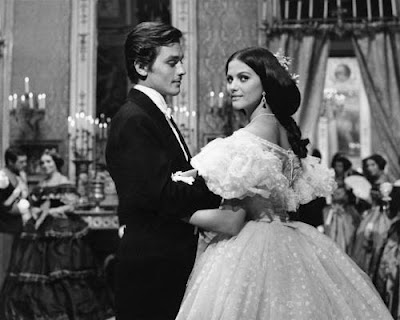 A great shame Lampedusa never lived to see his masterpiece achieve the immortality it so clearly deserved. Visconti certainly does him proud, his film a lavish, epic examination of the dawning of modern Italy and an elegy for its past. Visconti may have been a Marxist but he was also the son of a Milanese duke so his sympathy for the subject shines through. He manages to capture the last hurrah of the old nobility in meticulous fashion, owing a huge debt to the exacting work of his production designer, Piero Tosi. The oppressive heat, sunburnt hillsides and rustic majesty of Sicily itself are also superbly caught by Visconti, largely using natural light, just as Stanley Kubrick would a decade later in Barry Lyndon (1975). Outdoor scenes, notably the argument between the prince and his gamekeeper Don Ciccio (Serge Reggiani) seem an obvious inspiration for the Sicily passages in Francis Ford Coppola’s The Godfather Part II (1974). Well known for its exquisite concluding ball, running for 45 minutes and intended to fatigue and overwhelm the audience just as it does Don Fabrizio, The Leopard’s early battle scene between Garibaldi’s troops and local forces is also utterly enthralling. Painterly in execution, the bold uniforms of the protagonists are juxtaposed with fallen stonework and flaming debris as local people flee the soldiers’ musket fire in terror while a mob of widows lynch a policeman in a revenge attack. 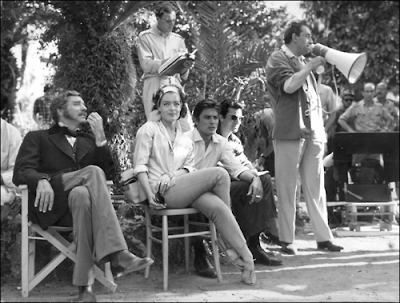 As for the stars, Lancaster proved a highly controversial piece of casting in the lead - third choice behind Nikolai Cherkasov and Laurence Olivier and originally dismissed by US critics for lacking stature in the role - but delivered one of his best performances, managing to embody this man out of time despite some ropey voice dubbing occasionally working against him. American actors always seem to benefit from Italian direction – think of Clint Eastwood and Sergio Leone, Jack Nicholson and Michelangelo Antonioni, Marlon Brando and Bernardo Bertolucci and, more recently, Sean Penn and Paolo Sorrentino. Frenchman Delon is cool and nicely understated while Cardinale (phwoar) apparently managed to juggle shooting scenes for The Leopard with Fellini’s 8½, which was in production at the same time. Incredible.
Posted by Joe at 19:34