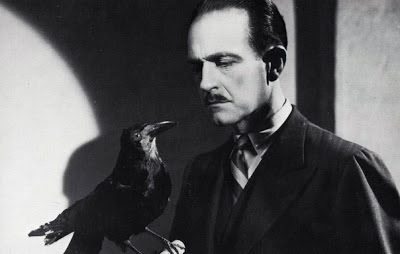 A mysterious figure begins sending poison pen letters to the great and the good of the small French town of St Robin accusing them of various misdeeds, signing his mischievous epistles simply as "The Raven". The first recipient is Dr Rémy Germain (Pierre Fresnay), the new town physician, whom the anonymous tipster alleges has been carrying out illegal abortions and conducting an affair with Laura Vorzet (Micheline Francey), the young wife of a colleague. As more and more taunting letters arrive, Dr Germain sets out to unmask the vigilante agent of chaos responsible. His suspects include his own hypochondriac mistress Denise (Ginette Leclerc, below), the town wit Vorzet (Pierre Larquey) and even 14 year-old schoolgirl Rolande (Liliane Maigné). 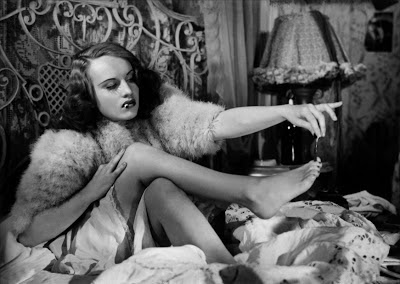 A whodunnit in the sense that Michael Haneke's superficially similar The White Ribbon (2009) is a whodunnit, Le Corbeau is really a savage critique of French provincial life. Screenwriter Louis Chavance peoples the microcosmic St Robin with weak, corrupt, morally compromised leaders and a hysterical populace governed by fear and mob mentality. St Robin's is a society ready to crumble at the first hint of insinuation and The Raven duly obliges with an inky terror campaign that teases out the secrets and communal tensions lurking beneath the bourgeois respectability of its surface. A vision of a rotten town (and, by extension, country) akin to anything in American pulp fiction or noir and a grim meditation on the destructive power of accusation and hypocrisy, it's a wonder that director Henri-Georges Clouzot managed to get it made. 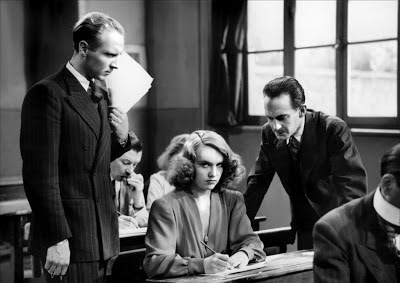 Clouzot was then in the employ of Continental Films, a Nazi-controlled studio charged by Joseph Goebbels with producing "mindless entertainment" with which to distract the French public while under occupation. Ironically, Continental was much less concerned with propaganda and censorship than the Vichy government, so Clouzot was allowed to proceed with his dark satire unimpeded, right up until the final cut offended everyone in sight (despite its deeply and deliberately ambiguous nature). Le Corbeau was hated by both left and right-wing critics for undermining the French character and French social institutions, by the Catholic church for its pungent cynicism and morbidity and by the Nazis for its attack on the informant culture they had sought to cultivate since seizing power. Unsurprisingly, the film was ultimately banned while Clouzot himself was prohibited from making films for two years in 1945 as punishment for collaborating with Continental. However, Le Corbeau was soon re-released and hailed as a masterpiece, allowing Clouzot to go on and become known as the "French Hitchcock" by directing such classics as The Wages Of Fear (1953) and Les Diaboliques (1954).
Posted by Joe at 21:28