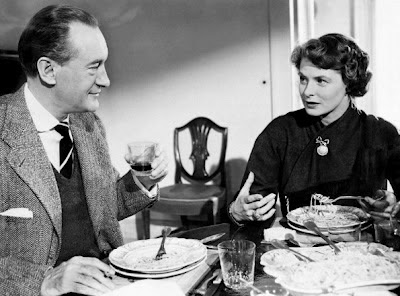 Roberto Rossellini’s bleak relationship drama stars Ingrid Bergman (his wife at that time) and the redoubtable George Sanders as Katherine and Alex Joyce, an English couple married for eight years who travel to Italy to sell off a Neapolitan villa they have recently inherited from a deceased uncle. Plucked from the reassuring superficiality of their London social circle, the pair quickly realise how rarely they have been left alone together since their honeymoon and how little they understand one another. He unwisely declares himself “bored” early on and insists that the trip is purely for business purposes while she fantasies about a young poet she once knew who lived in the area and spends her time visiting local museums and tourist attractions, surveying the ruins of antiquity where she imagines her old flame once sat and penned his odes with a wistful sigh. In the evenings Alex and Katherine reunite to exchange passive-aggressive barbs and casual cruelties, with both parties subtly seeking to arouse the other’s jealousy. This brittle, embittered husband and wife finally begin to discuss the practicalities of divorce before unexpectedly rediscovering their love just as it threatens to be swept away. 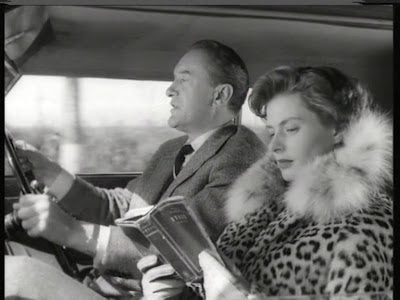 Bergman’s affair with Rossellini on the set of Stromboli (1950) had scandalised the hypocrites of Tinseltown when the story broke and effectively led to her exile from Hollywood. By the time the pair came to shoot Journey To Italy, however, their marriage was beginning to fall apart at the seams. The resulting film inevitably contains traces of unhappy autobiography then and can be a difficult watch at times, but ultimately remains immensely rewarding. Rossellini tosses the guidebook out of the window, forgoing the conventional narrative structure of romance melodramas and instead allowing his simple, emotional story the luxury of unfolding naturally, realistically and at its own pace. This gave audiences time to breathe and reflect in a way they had rarely, if ever, been allowed before, hence the film’s well deserved retrospective acclaim and the bemused reaction of contemporary popcorn grazers. You believe in Sanders and Bergman as a couple (they had previously appeared together in Rage In Heaven, 1942) and both are superb at conveying the sort of bile that often lies beneath the surface of good old fashioned British reserve, distilled from years of unspoken resentment, blame and disappointment. Hidden behind a protective mask of detached cynicism, their respective anger occasionally erupts in snide asides and cutting critiques that are utterly credible and all the more painful for it. However, Journey To Italy ultimately concludes with an optimistic flourish, showing us just how easily love can be rediscovered and regained when all the shouting's over.
Posted by Joe at 21:53