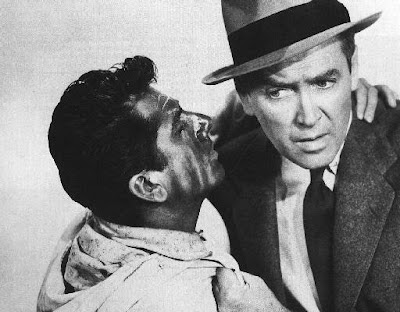 For a man who's been dead since 1980, Alfred Hitchcock has had a busy summer. Not only has the BFI staged a retrospective of his complete works at London’s National Film Theatre and overseen the restoration of the ‘Hitchcock Nine’ in honour of the London Olympic Games, but the director’s seminal 1958 thriller Vertigo has just been voted the greatest film of all time by contributors to Sight & Sound magazine in the latest installment of its ten-yearly poll, toppling Citizen Kane (1941) for the first time since 1962.

As richly deserved as these accolades are, I can’t help but feel that Hitch makes an unlikely figurehead for the Cultural Olympiad. Sure, he’s one of the great Londoners, the son of a Leytonstone greengrocer who bent Hollywood to his will and played a pivotal role in the evolution of the film industry from the silent era onwards, producing some of the most popular, enduring and unusual of films in the process. However, he’s also a uniquely dark figure who did more than most to poison the well, polluting the mainstream and dredging its murky depths. His body of work is filled with psychological torment, murder, characters crippled by sexual hang-ups, innocence under siege and apparently good men imposing their warped ideas onto deathly women. It’s not for nothing that Hitch is most commonly identified by the looming spectre of his portly shadow, an ominous signature promising audiences total immersion in sinister intrigue. His world is a diseased one, a million miles away from the wholesome competition and orderliness of an Olympics the Great British Public has so unthinkingly become infatuated with.

If Hitch were alive today, he would doubtless have used the men’s 100 metre sprint in Stratford as the grand finale for his latest Wrong Man suspense thriller. No doubt a rogue starting pistol would play a part and Cary Grant would end up dangling perilously from the stadium roof above the licking flames of the torch. But alas, the great man is no longer with us, so we have to make do with idiotic toss like this instead.

Hitch’s second crack at The Man Who Knew Too Much, having made the film once before in England in 1934 with Leslie Banks, Edna Best and Peter Lorre, closely follows his familiar template. Although lacking some of the magic of the similar North By Northwest (1959), the film is a solid enough caper starring James Stewart and Doris Day as Ben and Jo McKenna, an American couple who become unwitting witnesses to an espionage murder while on holiday in Marrakesh, Morocco, and are then grieved to discover that their son Hank (Christopher Olsen) has been abducted by the perpetrators to ensure they don’t repeat the dying man’s last words to the authorities.

The original Man Who Knew Too Much was retrieved from the wreckage of an abandoned project Hitch had been working on with Charles Bennett based on the Bulldog Drummond serials and featuring a baby kidnapping plotline. The title came from a collection of short stories by G.K. Chesterton the director owned the rights to but again decided against pursuing. While Hitch was proud of his first effort, by 1956 he needed one more film to complete his commitment to Paramount Studios so commenced a remake in the hope of modernising the original, an idea he had first considered in 1941. He again employed John Michael Hayes to write the screenplay, following on from their successful collaborations on Rear Window (1954), To Catch A Thief (1955) and The Trouble With Harry (1955), telling Hayes the story in outline but refusing to allow him to see the 1934 film in order to ensure the new venture stayed fresh. Stewart was once more cast as the likeable everyman and Doris Day proved herself a talented serious actress, excelling in the scenes in which Jo is told of Hank’s disappearance by Ben and when she stops and listens to the London Symphony Orchestra conducted by Bernard Herrmann playing Arthur Benjamin’s Storm Clouds Cantata at the Royal Albert Hall, weeping with emotion as she is finally granted a moment’s pause to reflect on everything she’s been through. Only Hitch would have conceived of interrupting a pacy chase sequence (in which no words are spoken) with such a human interlude and it’s hugely effective. 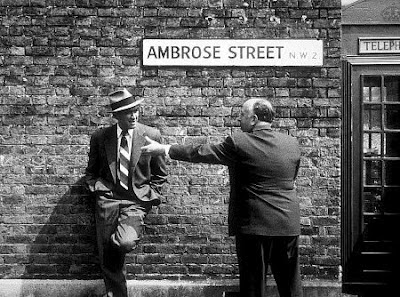 While no masterpiece, The Man Who Knew Too Much has much to recommend it and a number of memorable sequences, notably the ingenious crashing symbols assassination plot involving ghoulish hitman Rien (Reggie Nalder), which was inspired in part by H.M. Bateman’s 1921 Punch cartoon, ‘The One-Note Man’. Some of the jokes at the expense of Moroccan customs in the Marrakesh episodes might appear a tad xenophobic for modern sensibilities but one has to remember that the film was made before affordable global air travel became the norm, so humour at the expense of still unfamiliar foreign rituals is inevitable. Jo is paranoid and distrusts the locals because she cannot speak their language and thus feels exposed and vulnerable, a familiar sensation and one that Roman Polanski would exploit in Frantic (1988). There’s also some excellent light physical comedy from Jimmy Stewart in the restaurant scenes, where he struggles to curve his bandy legs around a low table to sit down and eat with just the three fingers of one hand. A brawl in a Camden taxidermist’s shop is another fine moment, delightfully macabre, prefiguring Psycho (1960) and in keeping with Hitchcock’s famous sense of humour, as the proprietor rushes to rescue a stuffed narwhal and Stewart swings a fist only to miss his target and see it clamped in a dead tiger’s jaw. 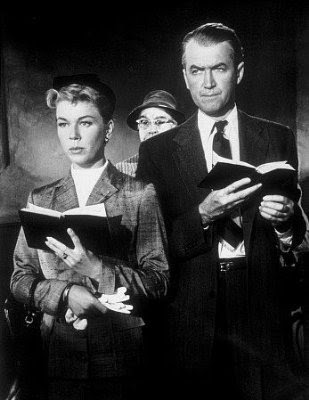 Bernard Miles and Brenda De Banzie make for a suitably unpleasant pair of kidnappers but there’s also some subtle shading of the central relationship to enjoy, which complicates the picture brilliantly. Jo has previously been a successful stage star and singer prior to her marriage to Ben, a gentleman country doctor. She is unquestionably vain and appears to resent him for the loss of her career and he keeps her under control through the regular administration of medication. Hardly healthy and another dissection of the American Dream, recalling Shadow Of A Doubt (1943). Arguably Jo’s love for Hank is a touch disturbing too. Hitch characters like Alexander Sebastian, Norman Bates, Melanie Daniels and Marnie all suffered under the malign influence of overbearing mothers and Hank too looks set to have major problems with women in later life as one-by-one they fail to live up to his oedipal ideal. Bruno Anthony adored his mother in Strangers On A Train (1951) and look how he turned out. Hank will be singing ‘Que Sera, Sera’ from a padded cell one of these days, trust me. Interestingly, Edith Head dresses Day in a grey suit and white gloves for the film's second act, a style that closely resembles Kim Novak’s in the later Vertigo, evidently an outfit Hitch thought looked well on troubled blondes.
Posted by Joe at 16:20