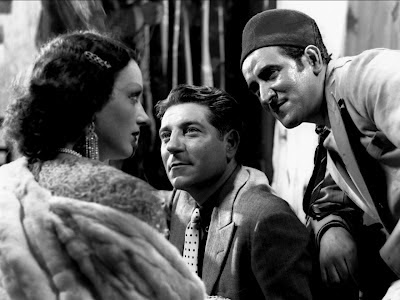 Rarely have I found a still that more perfectly encapsulates the plot of the film from which it's taken. Jean Gabin as fugitive French gangster Pépé, hiding out in the labyrinthine Casbah district of Algiers, stares into the eyes of Mireille Balin's Gaby Gould utterly infatuated, little realising that she is being used as bait to catch him by devious police inspector Slimane (Lucas Gridoux), who looks on knowingly. Currently showing as part of the BFI Southbank's retrospective of the star's work, Jean Gabin: Working-Class Hero To Godfather, Pépé Le Moko was a major commercial success upon its release, the suave central character becoming an instant role model, something for all Frenchmen to aspire to. 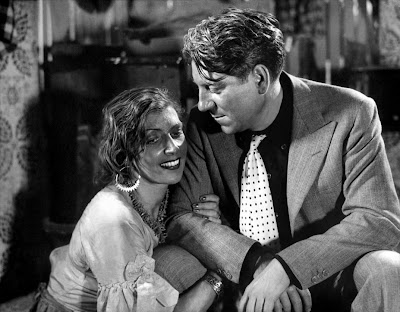 An unmitigated pleasure as well as hugely influential, Pépé Le Moko, based on a novel by Henri La Barthe, benefits from its simple premise, cool protagonist and nicely sketched character parts. From the treacherous Régis (Fernand Charpin) and L'Arbi (Marcel Dalio) to local beauty Inès (Line Noro) and the sage old Grand Père (Saturnin Fabre), Duvivier's vibrant, hectic, lawless Casbah is populated not just with native Arabs but also immigrants from around the Mediterranean, the Middle East and North Africa as well as Eastern Europe and even China. The slum's winding streets, bazaars and rooftops make for a cauldron of the world, a fascinating cultural melting pot and the perfect hideout for a rogue like Pépé. However, like some melancholy Lucifer, this king of the underworld is tired of the prison he has built for himself and longs for home. His tragic romance with a wealthy woman who reminds him of the Paris Métro is touching even if it does come at the expense of the lovely but untrustworthy Inès (above). Pépé's demise at the end, handcuffed at the gates of the port, watching Gaby sail out of his life and into the sun is truly crushing. What follows prompted the Vichy government to accuse the film of demoralising the public, a witless stance it would take against most of the fatalistic Gabin vehicles of the period. 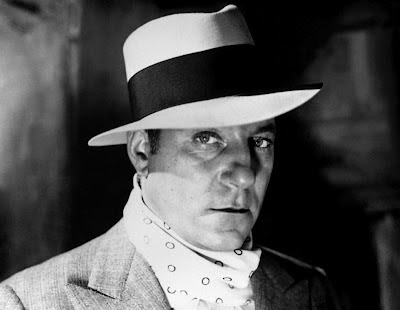 Pépé Le Moko was remade in Hollywood almost immediately after its release as Algiers (1938), starring Charles Boyer, Hedy Lamarr and Joseph Calleia and inspired a number of films noir set in exotic locations, most notably and obviously Casablanca (1942). Among Pépé Le Moko's earliest English-speaking champions was British novelist Graham Greene who praised it lavishly in The Spectator in April 1937, calling it, "One of the most exciting and moving films I can remember seeing... In this film we do not forget the real subject in a mass of detail: the freedom-loving human spirit pulling at its chain". Greene praised Duvivier's fluid shooting style and singled out the murder of Régis as the film's highlight, relishing its "comic horror" and eccentricity: "the little fat eunuch sweating and squealing in the corner between the aspidistra and the mechanical piano, the clash and clatter of the potted music." The film is also thought to have inspired Greene's screenplay for The Third Man in 1949. And, indeed, the popular Warner Brothers' character Pepé Le Pew.
Posted by Joe at 11:19