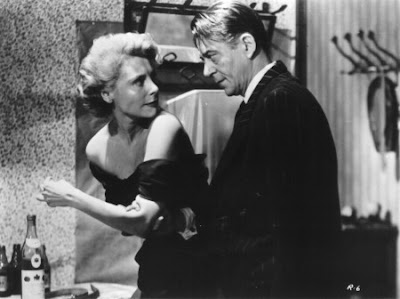 In one of those weird quirks of history you can’t help but smile at, we have disgraced US Senator Joseph McCarthy to thank for Rififi, a French bank heist caper considered by François Truffaut to be the greatest of all films noir. Without McCarthy’s conjuring an atmosphere of mass paranoia and ruthlessly persecuting his political opponents, talented director Jules Dassin wouldn’t have been blacklisted and banished to Europe as a Communist sympathiser and found himself signed on to replace Jean-Pierre Melville at the helm of this brilliant adaptation of Auguste Le Breton’s 1953 novel Du Rififi Chez Les Hommes. Dassin’s first film in five years following the splendidly gloomy Night & The City (1950), shot in the UK, Rififi stars Belgian actor Jean Servais, whose career was then on the skids because of a drink problem, as Tony Le Stéphanois, a cold ass career criminal fresh out of prison with his eyes on one final pay-off before his body caves in to tuberculosis. Plotting and carrying out a spectacular jewel theft with a gang of specialist accomplices on Paris’s Rue de Rivoli, Le Stéphanois appears to be home and dry until a fatal mistake by one gang member places them all in the hands of a rival mob, with bloody consequences. 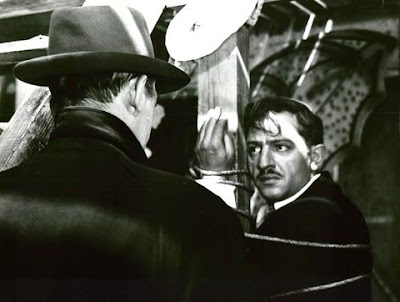 Shot in documentary style using real locations - with Dassin’s crew forced to wait for grey, overcast weather - and with only a low budget and a script hammered out by the director in six days, Rififi turned out to be an exquisite little urban thriller that anticipates the French New Wave in several respects. One of the most influential of all French crime films along with Melville’s Bob Le Flambeur (1956), Le Doulos (1962) and Le Samourai (1967), Dassin’s film remains rightly celebrated for its 24 minute wordless heist sequence, which captures the safecrackers’ entire methodology in intricate, procedural detail with only the ambient sounds of the crime scene in play – no dialogue, no music. I first saw this film at the Phoenix Picture House in Oxford when it was restored and re-released in 2000 and found myself so enthralled and engrossed that it never actually occurred to me once that no character had spoken for almost half an hour. It’s very much the sort of formal suspense challenge you feel Alfred Hitchcock would have appreciated and has been endlessly imitated since, perhaps most notably by Melville himself in Le Cercle Rouge (1970). Two points less frequently raised about this bravura scene is how stylish it is – the hoodlums wear suits and plimsolls rather than the boiler suits and balaclavas Hollywood has since taught us to expect (Dassin himself, playing César Le Milanais, even sports a dapper bowtie and waistcoat!) – and that it was in fact based on real crime that occurred in the French capital in 1899, when thieves broke into a room above a travel agent’s, drilled a small hole in the ceiling and poked an umbrella through to catch the remaining debris as they widened it before sliding down a rope to access the vault. Indeed, the French police were apparently so concerned by the forensic accuracy of this scene that Rififi was briefly banned because of concerns it might spark copycat incidents. 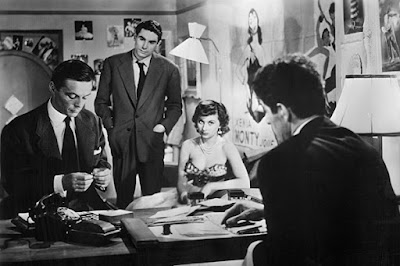 Another interesting aspect of the film is the story of its writing. Dassin was horrified by the source novel, confused by Le Breton’s use of street slang and affronted by the author’s vicious racism. In the book, the rival outfit led onscreen by Marcel Lupovici’s Pierre Grutter is comprised of Arabs and North Africans who are presented as uniformly cruel and grotesque, even stooping to necrophilia at one point. Producer Henri Bérard agreed with Dassin that the characterisation was highly objectionable and that contemporary tensions between France and Algeria could be exacerbated by bringing such material to the screen. Bérard instead proposed that the characters be re-cast as Americans, a joke he thought Dassin would appreciate. However, the director felt such an overt act of political vengeance would appear too bitter and proposed finally that they simply be French, neatly resolving the question with much less fuss. The author, however, who was apparently something of a poser and fantasised about being a gangster himself, hated the screen treatment of his work – which brilliantly superimposes the three act structure of classical tragedy onto the novel - and subsequently threatened Dassin with a gun. The American simply laughed at what was clearly an empty threat and the two ended up becoming friends. How Le Breton could seriously object to Rififi is beyond me. Servais makes for a marvellous anti-hero, sympathetic and yet truly despicable in the scene in which he strips, humiliates and beats his wayward former girlfriend Mado (Marie Sabouret). His demise at the end, heroically rescuing his godson and heir apparent Little Tonio (Dominique Maurin) from a kidnapping at the hands of Grutter’s hoods, racing across Paris bleeding to death from a bullet wound, is truly moving cinema in spite of the character's violence and villainy. Rififi also a fascinating portrait of an underworld and its strict code of honour, a film policier in which the police are largely absent and entirely ineffectual when they do appear, instantly knocked out by Tony while idly inspecting the gang’s stolen getaway car.


Here's Rififi’s theme song, sung by Magali Noël, later to appear in a number of Federico Fellini pictures, which is used to explain the film's title (translating very roughly as “trouble”). Often denigrated, the number serves to glamorise and romanticise the lifestyle of the criminal class depicted and seems like an obvious inspiration for the iconic opening titles of the James Bond series, all silhouettes, sexy girls and smoking guns.
Posted by Joe at 11:04