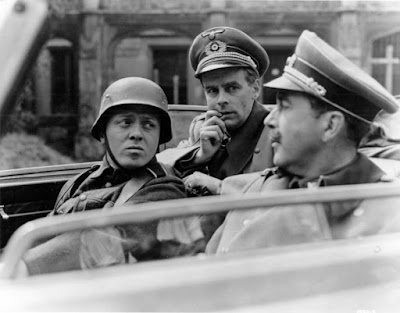 Taking its title and loose gist from William Hogarth's satirical series of paintings A Rake's Progress (1732-35)*, which chronicle a young novice's rise and fall from worldly innocence to corrupt experience, this was the first of the Boulting Brothers' own string of questioning comedies, a lampoon of the British military based on a novel by Alan Hackney. Private's Progress proved hugely popular upon its release, revealing an enduring taste for wartime capers among UK audiences a full decade after hostilities had ceased.

As with its follow-up Brothers In Law (1957), the period's favourite everyman Ian Carmichael stars as a bumbling naif called into an unfamiliar environment and caught out by its peculiar rules and disciplines, making a right old hash of things until he is taken under the wing of a waggish Richard Attenborough. Here, Carmichael's Stanley Windrush is a conscripted undergraduate from an eccentric but well-to-do background appalled by the poor food and hard physical routines of barracks life and demoted to private after failing an officer's exam. Posted to a holding unit, Windrush is suddenly called up to serve under his uncle as part of a top secret assignment known only as "Hat Rack", a job for which he seems suspiciously under-qualified. 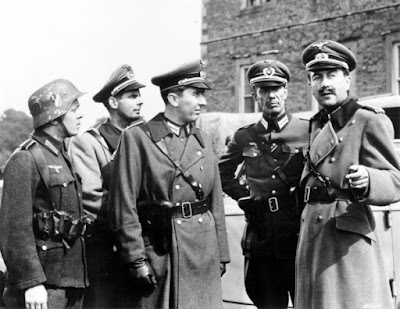 Carmichael is good value as ever and does particularly well playing roaring drunk (as he would in the Boultings' later Lucky Jim, 1957), memorably cheeking a sentry after a night out on the town and giving his name as "Picklepuss" before falling over, laughing hysterically and stealing the latter's whistle. There's also a priceless look on the lad's face when he realises that he's lost his shorts wriggling under a tarpaulin sheet during a training exercise. However, in an all-star cast featuring such stalwarts as Peter Jones, Miles Malleson, Jill Adams, John Le Mesurier, Ian Bannen, Kenneth Griffith and even a young Christopher Lee playing a Nazi officer, two performances stand out. Dennis Price, for one, is a delight as scheming Brigadier Bertram Tracepurcel, hoping to profit from the war by leading an outrageous undercover mission to Germany to recover stolen art treasures before faking his own death and fleeing to South America with a healthy stash of loot and the delectable Adams on his arm. For me, this probably stands as Price's best role after Kinds Hearts & Coronets (1949), which is high praise indeed. The second real corker is, of course, Terry-Thomas in his breakthrough part as the really rather sympathetic Major Hitchcock, a scream in the scene in which he bunks off to the local cinema to watch Noël Coward's stirring naval drama In Which We Serve (1942) only to find that the entire audience is comprised of his own men who are supposed to be out on manoeuvres: "You're all absolute showers!"


The Boultings would reunite many of the key players here to reprise their characters for a sort-of sequel three years later, the trade union satire I'm All Right Jack, which would also give Peter Sellers one of his best-known roles. On the downside, the success of Private's Progress may also have inspired Carry On Sergeant (1958), both of which featured William Hartnell as a no-nonsense CO, and thus unleashed a truly lamentable series of craptacular comedies on an unsuspecting public. You can't win 'em all.

*Another key British comedy of the period, 1960's School For Scoundrels, which again featured Carmichael and Thomas, would also rework the title of an eighteenth century cultural landmark, Richard Brinsely Sheridan's comic play The School For Scandal (1777).
Posted by Joe at 15:37