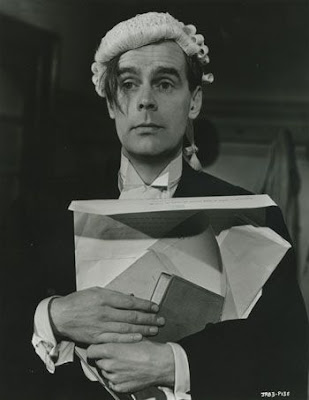 A befuddled Ian Carmichael takes the lead in another all-star British Lion comedy from the late fifties, this time a broad-brush satire of the legal industry from John and Roy Boulting. The film was intended as a follow-up to the brothers' military spoof Private's Progress from the year previously, taking a swipe at another great British institution in all its bewildering briefs, flying paperwork, convolutions, circumlocutions and archaic quirks. "The law is an ass", Charles Dickens once observed, and that's very much the standpoint taken here in a screenplay adapted from Henry Cecil's popular 1955 novel. 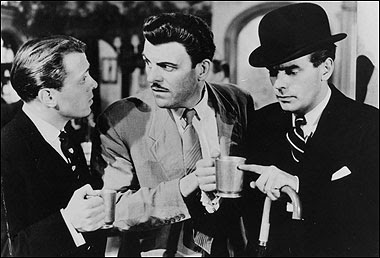 Carmichael stars as naive junior barrister Roger Thursby, who enters the Inns of Court off Fleet Street as a trainee in Miles Malleson's busy chambers, guided along the way by his more worldly flatmate Henry Marshall (Richard Attenborough). Essentially a comedy of embarrassment, Brothers In Law sees Thursby fluff his lines, forced to take guidance on points of law from clearly guilty career-criminal defendants and exasperate any number of judges (especially John Le Mesurier on the golf course) with his inexperience. It's all rather slight and gentle in truth but the film packs bags of charm and an excellent supporting cast including the beautiful Jill Adams as the object of Roger and Henry's affections, Terry-Thomas in a proper character part as cockney geezer and serial swindler Alfred Green as well as minor though amusing turns from such stalwarts as Irene Handl, playing a maddeningly inarticulate witness, Leslie Philips as a smooth tailor and radio panel show personality Nicholas Parsons as a car-obsessed stock broker. Future Billy Liar (1963), Midnight Cowboy (1969) and Marathon Man (1976) director John Schlesinger also makes a brief blink-and-you'll-miss-him appearance. Brothers In Law is available in full here, m'learned friends.
Posted by Joe at 12:43