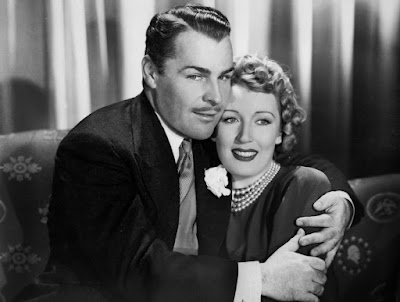 Would you vote for this shyster? Me neither. Obama he ain't. But that won't stop him. No sir. He's already voted for himself 37 times and has half the drifters in town running around doing the same thing for $2 and a bowl of soup. How can anyone even begin to fight a machine with that kind of class behind it?

Preston Sturges sold the script for this whip-smart political satire, then called The Biography Of A Bum, to Paramount for just $10 in exchange for a shot at the director's chair and the rest is history. Aside from launching its helmsman into the big time, the film itself deserves much more acclaim than it usually receives for daring to present political corruption, graft and extortion as an everyday reality of American civic life, something Sturges does in a jaw-droppingly cheery, nonchalant and matter-of-fact manner. Less well known than Mr Smith Goes To Washington (1939), McGinty deserves as much attention for lines like this, in which William Demarest's proto-spin doctor/fairground barker character actually defends kickbacks as a means of ensuring good governance: "If it wasn't for graft, you'd get a very low type of people in politics, men without ambition, jellyfish!" 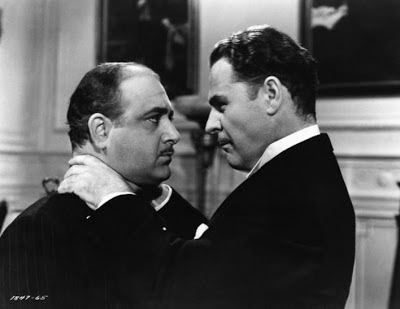 Allegedly loosely based on the career of New York governor William Sulzer, impeached in 1913, The Great McGinty begins with its fallen protagonist tending bar in a tropical banana republic. One night he finds himself forced to intervene to stop a disgraced banker blowing his brains out in the men's room. Pouring the depressive a stiff one, McGinty goes on to regale him with the rags-to-riches story of how he became state governor, starting out as a starving hobo and working his way up as a heavy collecting protection money for "The Boss" (Akim Tamiroff) before being made the latter's poster boy for "reform" in the local mayoral elections. As part of his campaign strategy, The Boss explains to McGinty that he'll have to get married because "women don't like bachelors" and so the boy reluctantly agrees to do right by his secretary Catherine (Muriel Angelus). Sure enough, he takes City Hall with ease before moving on to the governor's mansion soon after. However, this latter day Delilah wins our man over for real and her profound sympathy for the less fortunate turns his crooked little head. Maybe he could tackle the real issues of the day, like child labour and squalid tenements, rather than simply idling away his power and influence commissioning unnecessary municipal infrastructure projects and picking up healthy backhanders from unscrupulous contractors. Of course, The Boss hotly disagrees with this new approach and McGinty's past soon catches up with him, all because of that "one crazy minute" in which he tried to do the right thing for the first time in his rotten existence.

Donlevy is splendidly energetic in the lead (a sort of comic version of his later Paul Madvig from The Glass Key, 1942) while Tamiroff provides marvellous support as the philosophical immigrant fixer and self-proclaimed "robber baron" prone to punch-ups with his stooge candidate. Admittedly the ending, in which this pair break out of jail and flee the country, is somewhat anti-climactic but you can still see the Sturges genius at work throughout, with many of his established character players already in place to flesh out the background. Donleavy and Tamiroff would reprise their roles to knowing effect in the same director's later The Miracle Of Morgan's Creek (1944). Both movies are highly recommended.
Posted by Joe at 20:21