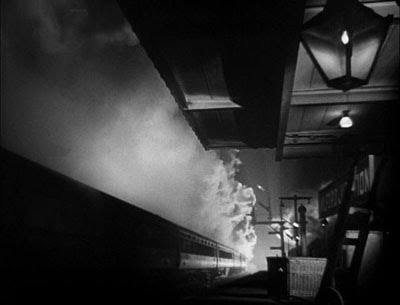 David Lean's Brief Encounter might beat even A Matter Of Life & Death (1946) in the sop stakes, being one of the most excessively sentimentalised films ever to trouble the collective imagination of the great British public. It's an enduring weepie, sure enough, the performances are strong and Robert Krasker's crisp, noirish photography is gorgeous but it's also about as subtle as the doodles in the margin of a schoolboy's exercise book. Those trains roaring into Milford Junction - gushing steam and coal dust, to the bruising thud of Rachmaninov's Second Piano Concerto - might as well have the word “Metaphor!” scrawled along the carriages, just in case audiences hadn't quite grasped their significance.

Every aspect of Noël Coward's script (based on his one-act stage play Still Life, 1936) is needlessly spelt out in this way. Celia Johnson's clipped, first-person voiceover articulates, anatomises and specifies every acute distinction and nicety of her and Trevor Howard's tortured emotions until there's nothing whatsoever left unsaid or in doubt. We are told precisely what each participant is feeling at every stage so that really there's little else for Johnson and Howard to do but look longingly at one another, mouths a-tremble with tender feeling. It might have made a superlative silent film. 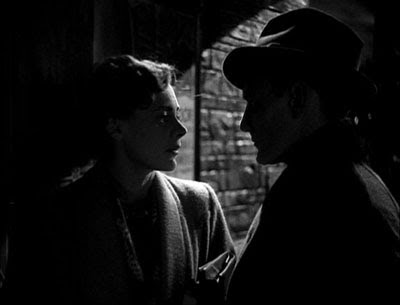 Coward is similarly heavy-handed in skewering the British character. Stanley Holloway and Joyce Carey in the station tea room, Irene Handl as the inept cellist and Everley Gregg as the gossiping Dolly Messiter make for excellent support but they are all nevertheless playing stock types. Almost everyone in Brief Encounter shyly stutters something awkward about the weather at one point or another or otherwise allows the lower part of their face to droop into a frown under the weight of an iron stiff upper lip. Rather than an accurate portrait of British social mores, self-denial and habitual repression put to the test, Brief Encounter is a caricature of it. The fictional film the pair see at the cinema, Flames Of Passion, is another misstep, a spoof of sensational Hollywood romance that just comes across as smug and aloof, as though it were the sort of crowd-pleasing pap that superior artists like Lean and Coward wouldn't touch with a barge pole. 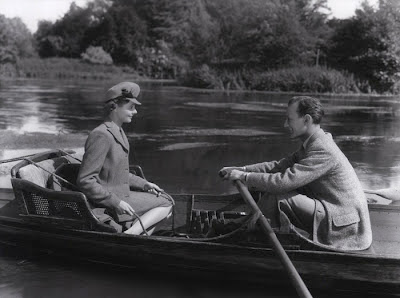 Also, by persistently emphasising that Laura Jesson and Alec Harvey are “ordinary” people (i.e. middle-aged, middle-class, commuter belt suburbanites) and thus the supposed universality of their plight, Coward leaves them with little at stake should they choose to break off their chaste affair. Yes, the impossibility of their being together in a socially-accredited relationship is sad but it is by no means a tragedy. He will head off to South Africa with his unseen wife and sons to an exciting and important new career in a Commonwealth hospital while she will return to dull domestic comfort with her complacent but otherwise cuddly husband Fred (Cyril Raymond) and their precocious children. By having his protagonists do the safe, pragmatic thing and part company with their morals firmly intact, the playwright flirts with danger only to err on the side of caution. One might even call that Cowardly.

I probably wouldn't be so disdainful of Brief Encounter if it weren't so relentlessly lauded and apparently immune to criticism. For some reason, people seem to get misty-eyed at the very idea of unconsummated platonic love (see Lost In Translation, 2003) and always enjoy the simplicity of a straight romantic story economically told (Wong Kar Wai's In The Mood For Love, 2000). Lean's film also carries more than its fair share of the burden for a great deal of nostalgia about the passing of Britain's pre-Beeching steam railways with their branch lines and cosy stations, which is not really its fault. A professional job, touchingly played, but hardly without flaws.
Posted by Joe at 10:37