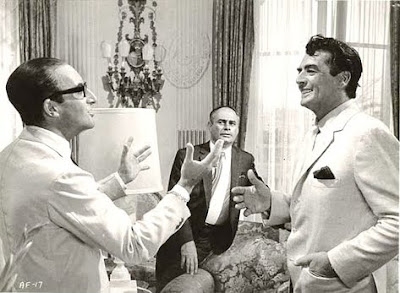 Beat this. A zany sixties caper directed by Vittorio De Sica, godfather of neo-realism and director of The Bicycle Thief (1948), from a debut screenplay by Broadway playwright Neil Simon, with a score by Burt Bacharach and a theme song by the Hollies, starring Peter Sellers, Britt Ekland, Akim Tamiroff and Martin Balsam plus a self-deprecating but apparently plastinated Victor Mature. Phew. Long sentence. 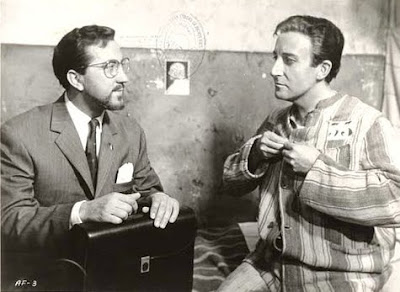 OK, so it's not really very good and full of silly accents and daft disguises but the plot is innovative enough. After a $3 million truckload of gold bullion is hijacked in Cairo, the thieves need cover for unloading their loot in Europe. Master criminal Aldo “The Fox” Vanucci (Sellers), recently escaped from jail, plans the perfect set-up, posing as a Felliniesque film director making a picture about a gold heist in a southern Italian port town and roping in a supporting cast of enthusiastic locals, including sister Gina (Ekland) and ageing Hollywood star Tony Powell (Mature), as unwitting accomplices. The result is intermittently amusing, benefiting enormously from its gorgeous Bay of Naples surroundings. It's bizarre to see Inspector Clouseau and Doc Holliday on screen together while De Sica has a neat cameo as himself shooting a Biblical epic in the desert (“More sand!”). Balsam, Detective Arbogast in Psycho (1960), is a riot as Powell's sceptical agent. Though generally little thought of today, After The Fox seems an obvious influence on Mike Myers' slapstick Austin Powers franchise (1997-2002).