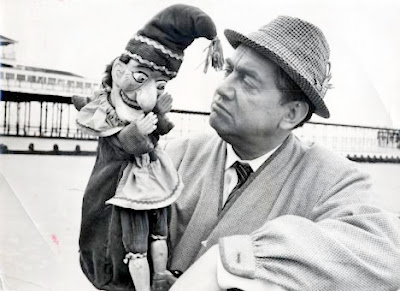 Tony Hancock, the immortal "Laird of East Cheam" in the BBC's Hancock's Half Hour (1954-61), the blueprint for the modern sitcom, stars as Wally Pinner, a miserable beach entertainer living in the fictional resort of Piltdown who is roped into performing at a snobbish society celebration by his naive and socially aspirant spouse Delia (Sylvia Syms).

Having unwisely cast off his regular writing duo, Ray Galton and Alan Simpson, whom Hancock believed had failed to "grow" with him as a performer, the put-upon comedian brought in Phillip Oakes, a poet, novelist and critic who had interviewed him for Books & Art magazine in 1957, to help write a third feature following his inauspicious screen debut in Orders Are Orders (1954) and his solo relaunch in The Rebel (1961), an ambitious, Parisian art satire. Hancock apparently imagined that a more distinguished, intellectual collaborator would help him realise his vision for a "Chaplin-style" comedy while his young director Jeremy Summers, a former Elstree tea boy, declared that the completed script would add, "a new dimension to Hancock's versatility, which, I think, his public will be quick to appreciate". Unfortunately, these nice ideas overlooked the fact that Oakes had no experience as a comedy writer and that audiences wanted the familiar H-H-Hancock of his long-running radio and TV series, not an unhappily married depressive with a chip on his shoulder.

This is the main problem with The Punch & Judy Man. With the best will in the world, you'd have to admit it is painfully short on jokes, bitter and foolishly earnest in its pretensions. There's an unpleasant scene where Wally works out his repressed fantasies of domestic violence by laying vigorously into his Judy puppet during a show (in front of a crowd of doubtlessly traumatised children) and, by the end, all of his prejudices against Piltdown's provincial, bourgeois elite have been entirely justified by the wild, drunken bun fight their exclusive gala has descended into. Delia's illusions are literally beaten out of her by Lady Jane Caterham (Barbara Murray) and only when this poor, sad girl is seen sporting a black eye can the couple begin to rediscover their affection for one another. What on earth were Hancock and Oakes trying to get at? Perhaps a clue comes from these jaundiced remarks by Hancock, alluding obliquely to his own turbulent, alcoholic home life with model wife Cicely Romanis:

"The Punch & Judy Man is a cold, close look at the situation of marriage, which is pretty ghastly anyway. There is no happy ending, only a faint hope. When marriage gets scratchy and when, after some years, you know the other's weaknesses, you also know how to go for them. This works for both sides. The experienced destroyer of individuals who happen to live together, that's really the theme. People keep up the illusion and know how hard to hit each other (in the subtlest possible way) and become expert at tearing each other apart."

Hardly a promising premise for a light, "Chaplinesque" comedy then, but there you are. The end result is certainly a personal piece of work with more nostalgia for the passing of traditional attractions than Tony Richardson's The Entertainer ("We're very progressive here, you know", Ronald Fraser's pompous, leering mayor assures Lady Jane, sounding the death bell for old beachfront novelties like the titular show and John Le Mesurier's quaint Lord Nelson sand sculptures). Partly inspired by Hancock's experiences of growing up in Bournemouth and filmed on location in Bognor Regis, The Punch & Judy Man is at least a worthwhile record of a lost world. Another reason to recommend it is the cameos from Half Hour regulars Hattie Jacques, Hugh Lloyd and Mario Fabrizi plus Georgina Cookson as a lingerie saleswoman. The town's name is also a nice joke as it appears to come from the "Piltdown Man", a famous hoax in which an orangutan's jaw bone was placed together with a human skull in a Sussex gravel pit and then believed for 41 years after its discovery to be the missing link between man and ape. Several silent sequences in The Punch & Judy Man are nicely acted too, including a frosty opening breakfast scene and the "Piltdown Glory" sundae-eating sequence, featuring Sylvia Syms' seven-year-old nephew Nicholas Webb. Hancock, a misery to the last, so hated ice cream that he had to wash his mouth out with vodka between takes. 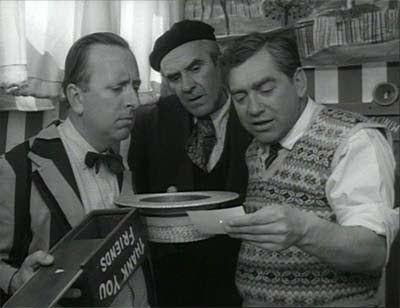 Although this is hardly an attractive introduction to Anthony Aloysius St. John Hancock, he is, rest assured, one of the greatest comic talents England has ever known, a jaded, deluded, perpetually exasperated loser rallying against the universe in his trademark Homburg hat and Astrakhan. Check out Hancock's Half Hour if you've never heard or seen it before. Cliff Goodwin's definitive but harrowing biography, When The Wind Changed (1999), is probably not the best place to start. "Stone me, what a life!"
Posted by Joe at 10:21