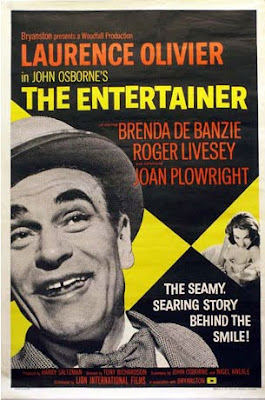 "I have an affinity with Archie Rice", Sir Laurence Olivier once said, "It's what I really am. I'm not like Hamlet". Olivier had first played Rice, a gap-toothed, greasepainted grotesque still desperately trying to peddle a tired old music hall song-and-dance act to a world that has long since lost interest, on stage in 1957. In John Osborne's womanising cockroach of a man, doing whatever it takes to scratch a living in Britain's dingy seaside resort towns, the great thesp found a grim metaphor for the human condition. Away from the limelight, the comedian drains pints of his beloved draft bass and endless bottles of gin and champagne and jokes compulsively to shield himself from the unmentionable horrors of life, not least the looming spectre of the tax man and his soldier son's capture in Egypt. Behind the relentless barrage of bawdiness and forced jollity, Archie is a schemer and a parasite with a toxic influence over the lives of his nearest and dearest, especially Phoebe (Brenda De Banzie), his hysterical second wife. Worst of all, he knows all this and is powerless to stop himself. Archie is, in his own words, "dead behind these eyes", just running through the motions because he happens to exist and sees no alternatives. It's this painful self-awareness that makes him so poignant. There's a little of Archie Rice in all of us, whether we like it or not.

As well as a character study, The Entertainer is also very much a fifties state-of-the-nation address, as betrayed somewhat by Osborne's tendency towards Kitchen Sink speechifying. Rock 'n' roll is in the air and all the young men in the life of Jean Rice (Joan Plowright), her brothers Mick (Albert Finney) and Frank (Alan Bates) and her boyfriend Graham (Daniel Massey), dream of escaping England for the Commonwealth. Mick joins the army, Frank fancies becoming a hotelier in Canada and Graham wants to do business in Africa. Jean herself fears for the future and attends a protest rally in Trafalgar Square to oppose Prime Minister Anthony Eden's misguided involvement in tripartite aggression over the Suez Canal. Like the microcosmic coastal town she visits in search of her father, Britain's imperial power is gently being eroded away by the tide, bit by bit. Like Archie himself, the country has singularly failed to face up to the rot and continues to plough on with the same old pre-war postures in denial of a changing world order. 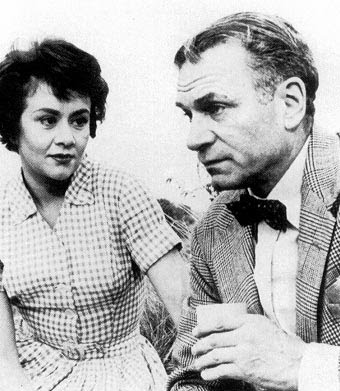 Director Tony Richardson, the man behind other angsty New Wave classics like Look Back In Anger (1958), A Taste Of Honey (1961) and The Loneliness Of The Long Distance Runner (1962), plays things straight, benefitting from Oswald Morris's lovely picture-postcard monochrome photography and an excellent cast, especially Plowright, Bates and Finney in early roles as Archie's offspring. Knowing that Olivier married Plowright in 1961 adds an unavoidable, incestuous frisson to the film and helps emphasise the manipulativeness of his clown, who, needless to say, is a masterclass of characterisation, appalling and haunting, Max Miller as a monstrous metaphor for human degredation and decline at the end of the pier. Roger Livesey is also a treat as Rice's retired showbiz father, a gruff old gent still unable to resist an audience, as is Miriam Karlin as a cynical, chain-smoking showgirl. One further curiosity is an appearance by a young Thora Hird as the brash Northern mother of one of the bathing beauties (Shirley Ann Field) Archie has his wandering eye on.
Posted by Joe at 10:42