I wish life was actually like this. Fred and Ginger tap dancing in roller skates on a rink in Central Park to the Gershwins' 'Let's Call The Whole Thing Off'. What else do you need?


Having said that, this effortless-looking scene in fact took 34 hours of rehearsal, four days of shooting and 150 takes. Who needs that much hassle every day?

Whatever you think about musicals, the Astaire-Rogers films for RKO are perfect entertainments, their pairing a seminal moment in American art. Budd Schulberg called Astaire "the classless aristocrat", a Depression dandy who showed ordinary shlubs that "aristocracy, talent, style" were not in the blood or exclusive to Europeans but freely available to all - a nice summation of his appeal. Not only were he and Ginger wonderful dancers, they were also fine comedians and always had splendid support from the likes of Edward Everett Horton and professional English butler actor Eric Blore, both of whom are on hysterical form here. Horton running around in a top hat and underwear during a harmless fire drill aboard an ocean liner is priceless, as is Blore's crazed phone call from the "Susquehannah Street Jail". Fred's ropey Bela Lugosi impression as "Russian" ballet star Petrov is also one of the many comic highlights of Shall We Dance? 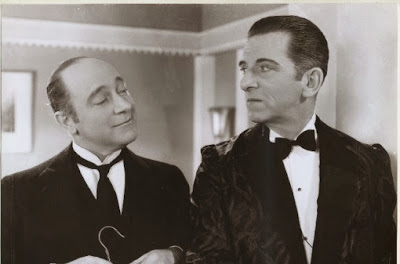 OK, so the plot isn't one of their best (the gossip and confusion about their marital status could all have been resolved with one press conference) and Harriet Hoctor's ballerina-contortionist act is just creepy but it's still a blast from start to finish. I could honestly watch Fred and Ginger doing their thing from now until the end of time without getting bored. Fred's biographer Peter J. Levinson, author of Puttin' On The Ritz (2009), is right though when he says of Shall We Dance? that, "Puritanism pervades the entire script," the result of Joe Breen's meddling over at the Production Code offices. The censor finally demanded no less than 19 changes to Allan Scott and Ernest Pagano's original screenplay, then called Watch Your Step, feeling that any jokes whatsoever at the expense of marriage or pre-marital sex were too rich for his blood and contravened the sacred Hays Code. 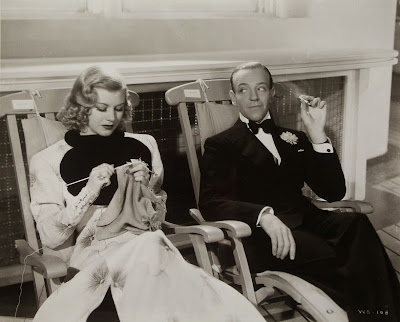 One of the most inventive but problematic set pieces in Shall We Dance? is the musical number 'Slap That Bass', in which Fred throws himself around a spotless art deco engine room aboard the ship, mimicking the repetitive action of the pistons in Chaplinesque style while beaming black workers provide a rhythm section by banging away at the pipes and humming "Zoom zoom zoom." The New York Times dance critic John Rockwell addressed the issue of racism - in this scene and in the blackface, Bill Robinson-referencing 'Bojangles Of Harlem' sequence in Swing Time (1936) - very helpfully when he said:

"Even though it was kind of racist looking, in a way, by doing these numbers you could argue it was part of the process of opening up black culture to mainstream America. The point is that by having scenes like these maybe it's exactly the opposite of what [Astaire] wanted, but it was part of a process of destroying the very world he was epitomising or at least of transforming it."

Here's an interesting production still that captures the collaborative process in action. Standing from left to right, choreographer Hermes Pan, director Mark Sandrich (a trained physicist who had already made The Gay Divorcee and Top Hat with Astaire and would direct him again in Holiday Inn, 1942), Ira Gershwin and musical director Nat Shilkret. In the foreground, Astaire and Rogers are seated beside a grinning George Gershwin at the piano. 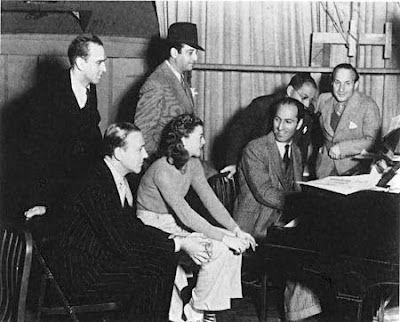