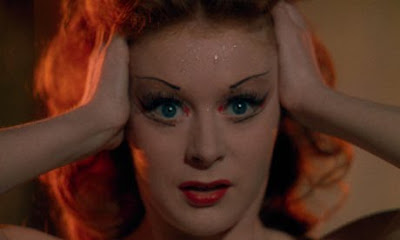 Martin Scorsese frequently cites this post-war British ballet melodrama from Michael Powell and Emeric Pressburger amongst his favourite films and recently oversaw its restoration at the UCLA Film and Television Archive along with his editor Thelma Schoonmaker (who married Powell in 1984 after the pair were introduced by Scorsese). Having been taken to see The Red Shoes by his father when he was a child, Marty fondly recalls, "What really struck me, besides the provocation of the film, the intensity and the passion of the picture, was the fact that it has more to do with the need to create something... the burning need for art." The great director of Mean Streets (1973), Taxi Driver (1976), Raging Bull (1980) and Goodfellas (1990) says he has returned to The Red Shoes again and again throughout his career: "It is a film I am consistently and obsessively drawn to... So many moments, so many conflicting emotions, such a swirl of colour and light and sound."

After a build up like that, I wish I felt the same. The Red Shoes is certainly very beautiful indeed. Legendary cinematographer Jack Cardiff's work has been well served by the loving care of the restorers, who have brought out the best in his sumptuous, dreamy Technicolor palette. The Covent Garden, Monte Carlo and Paris sets are exquisitely vibrant with a shimmering, velvety feel to them and the central 17 minute 'Ballet Of The Red Shoes' is rich and strange enough to bring the film to life, with help from some stirring accompaniment by the Royal Philharmonic Orchestra conducted by Sir Thomas Beecham. But beyond spectacle, The Red Shoes is disappointingly stagy, precious and overlong. Studio head J. Arthur Rank refused to give it a proper premiere when it first appeared and one doesn't have to be a complete philistine to appreciate his misgivings.

The film's failings are no reflection on the performers, however. Professional ballerina Moira Shearer is as engaging an actress as she is a dancer - those tears are real - while Anton Walbrook as Lermontov has the kind of urbane, casually cruel screen presence you just don't get with today's leading men. The famous ending, though - in which Shearer's heroine is so torn between her husband and her work, love and art, that she runs away in full costume and flings herself from a balcony into the path of an on-rushing train - is so hysterically overblown as to be more comic than tragic. Without wishing to trample on a much-cherished favourite here, I have to say it reminded me of Oscar Wilde's notorious put-down of The Old Curiosity Shop (1841), "One must have a heart of stone to read the death of Little Nell without laughing."

Originally a screenplay written by Alexander Korda for his future wife Merle Oberon, The Red Shoes combines a fictionalised account of the real-life encounter between Ballets Russes founder Sergei Diaghilev and his British protégée Diana Gould with the famous Hans Christian Andersen fairytale from 1845. In Andersen's story, a peasant girl, Karen, tricks her stepmother into buying her the (enchanted) red shoes only to end up doomed to dance herself to death as punishment for her vanity. Much gorier than the ballet performed in the film, the fairytale concludes with a desperate Karen visiting an executioner to have the shoes chopped off, only for her bloody, amputated feet to carry on dancing and bar her entrance to church. Lovely. 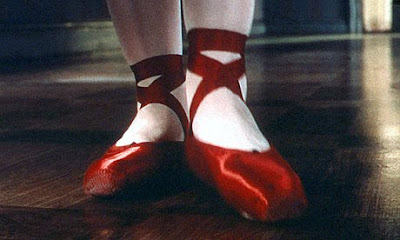