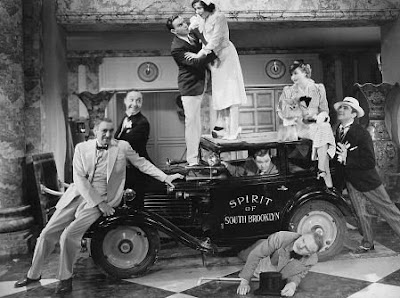 "Hey, what kind of a hotel is this? Quarantine! Foreigners! Scratchy fountain pens!"

I've alluded to the great W.C. Fields a few times before on these pages but never featured one of his films - a gross oversight on my part in dire need of correction. The man is without question my all-time favourite comedian and the fact that he's no longer popular (and apparently in danger of being forgotten altogether, if my generation is anything to go by) sums up everything that's wrong with this rusty slop bucket of a universe, although Fields himself wouldn't be in the least bit surprised at the cards he's been dealt.

W.C. was born William Claude Dukenfield in Philadelphia, 1879, growing up in grim poverty before running away from home, sleeping rough and eventually finding work as an ice man. At 14, and after five years of solid practice, he got his first job as a juggler at the Plymouth Park amusement arcade in Norristown, Pennsylvannia, before moving on to Fortescue's Pier in Atlantic City, where he juggled and "drowned" in the ocean every afternoon before being rescued by lifeguards - a ploy the management thought might help draw a crowd. Fields kept on moving, washing elephants in a New Jersey circus before entering vaudeville in New York and touring Europe at 21. Here he played a royal command performance at Buckingham Palace alongside the great actress Sarah Bernhardt and appeared at the Folies Bergère in Paris on the same bill as Charlie Chaplin and Maurice Chevalier. Continuing to tread the boards back in the US for many years after, Fields finally got his big break at the age of 36 in the Ziegfeld Follies Of 1915, the same year he was invited to try out his carefully cultivated stage persona on screen for the first time in the silent short Pool Sharks (1915). A nine year movie hiatus followed - during which he continued to work for Florenz Ziegfeld and starred in Dorothy Donnelly's comic play Poppy at New York's Apollo Theatre - which only ended when Fields was invited to appear alongside Marion Davies in Janice Meredith (1924). Next, D.W. Griffith's employed him for a brace of films in 1925, That Royale Girl and Sally Of The Sawdust (Poppy retitled), which allowed Fields to further develop his pompous con-man act. His alternate everyman persona in turn was fleshed out in 1926 when he made It's The Old Army Game with Louise Brooks. By the time the talkies came around, Fields had established himself as a reliable turn at Paramount where he had a run of trademark outings including It's A Gift (1934), The Old Fashioned Way (1934) and Man On The Flying Trapeze (1935) before decamping for greater freedom at Universal and excelling in The Bank Dick (1940) and Never Give A Sucker An Even Break (1941). 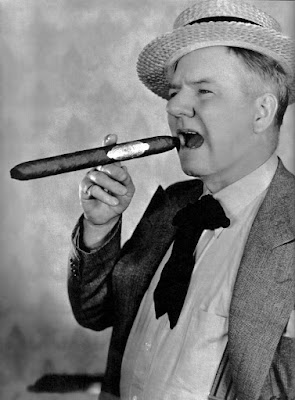 In many of his films, Fields played a scowling, cantankerous windbag under siege on several fronts - henpecked by a vicious mother-in-law, a strident spouse with social pretensions and sniping children in his own home, scorned by "respectable" society out on the street - his only consolations a doting teenage daughter and a regular nip of "red milk". His stock character (usually labouring under an unwieldy name like Egbert Souse, Larson E. Whipsnade or Cuthbert J. Twillie) affected courtly manners in company, telling verbose, fanciful anecdotes to anyone who would listen but otherwise spent his days sucking down roach killer in a saloon or back room somewhere, dreaming up wild get-rich-quick schemes to escape the monotonous drudge of provincial small-town America, epitomised by sleepy Lompoc in The Bank Dick. The old fraud collected unusual place names and esoteric, antiquated words to roll around in his trademark orotund drawl and knew how to accentuate his portly physique with outlandish period costumes. Tight waistcoats, stained spats and straw boaters with the crown torn through were particular specialities. For a middle-aged man with a formidable gut, Fields was an extraordinarily graceful performer who could turn the clumsiest of pratfalls into a balletic tumble or roll of no little elegance. Harmless, everyday inanimate objects presented him with a world of material, an inexhaustible obstacle course of things to trip over, climb up, fall into, misplace or ruin. "Let him try to play golf, and sticky paper promptly wound itself around his club. A snooze on the back porch was turned into a nightmare by the milkman, the telephone, an insurance salesman, and the brat upstairs," as Arthur Knight put it. 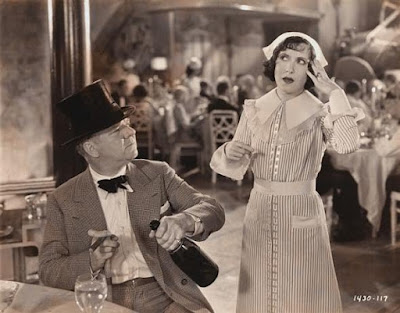 As good a physical comedian as he was, Fields also had a complex, fully-formed moral outlook with which to underscore his often very poignant or even sad characters (1934's You're Telling Me! is a prime example). Inspired by English literature's great comic novelists Henry Fielding and Charles Dickens (it's no accident that he found critical acclaim playing Wilkins Micawber for MGM), Fields distrusted his fellow man, regarding him as inherently preposterous, riddled with hypocrisies and labouring under absurdly out-of-whack priorities. Though he famously hated children and dogs, Fields nevertheless harboured huge sympathy and understanding for the young and less fortunate. His satire was always reserved for the greedy, arrogant and sanctimonious. "A rich man is nothing but a poor man with money," he once observed, while André Sennwald wrote of him in the New York Times in 1935, "Mr Fields is a great comedian because he traffics in high and cosmic matters relating to man's eternal helplessness, frustration and defeat." A lush he may have been, but a lush with a great deal of hard wisdom beneath all that huckstering, braggadocio and bluster. 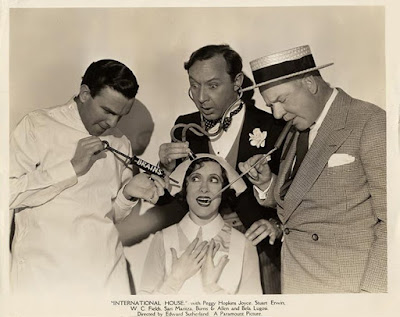 International House, directed by A. Edward Sutherland for Paramount, is not a typical Fields outing but it's still quite a romp. The plot involves a bizarre cavalcade of wealthy investors descending on the titular hotel in "Wu-Hu", China, in order to bid for the rights to a revolutionary new invention, Dr Wong's "radioscope" (a sort of primitive early television that can magically pick up any scene live from anywhere without the need for broadcast stations). Fields crashes the party as steamed clam Professor Henry R. Quayle, landing on the roof in his autogyro after mistaking the Far East for Kansas City (he would later make a similar entrance in his last Paramount appearance, The Big Broadcast Of 1938, another eccentric ensemble, this time crashing down on an ocean liner from a flying scooter). The weirdo cast here includes Bela Lugosi as a temperamental Russian general, Franklin Pangborn as the stressed hotel manager, Stuart Erwin, Sterling Holloway, socialite Peggy Hopkins Joyce and George Burns and Gracie Allen (who would be teamed with Fields again in Leo McCarey's Six Of A Kind the following year). W.C. terrorises the front desk, drives a compact car around the corridors as if he owns the place and orders "a bird's nest and a couple of hundred-year-old eggs boiled in perfume" from room service. Fields was often paired with other acts, with decidedly mixed results (see You Can't Cheat An Honest Man, 1939, featuring the chronically unfunny ventriloquist duo Edgar Bergen and Charlie McCarthy from radio's Chase & Sanborn Hour). However, the portmanteu set-up works well here and suits what is essentially one long variety performance. There's splendid, pre-Code risqué humour throughout International House and a great Busby Berkeley parody, 'She Was A China Tea Cup (And He Was Just a Mug)' by Leo Robin and Ralph Rainger, put on to entertain the guests and duly followed by Fields' calamitous entrance.

A number of other weird and wonderful moments occur in connection with Dr Wong's (Edmund Breese) attempts to demonstrate his machine. He's hoping to catch the Six Day Bicycle Race but instead finds himself watching wacko inventors Colonel Stoopnagle and Budd ("Stoopnocracy is peachy" anyone?) before flicking through a collection of musical acts who together might have comprised the thirties equivalent of MTV. Rudy Vallee croons in his pyjamas, surreally serenading a megaphone tucked up in bed. Child star Baby Rose Marie torches the place up, dancing on a piano and emoting in a style that may well feel queasy to modern tastes, while dapper Harlem bandleader Cab Calloway throws himself around with panache, instructing his boy Al Morgan to slap the stringbass "slightly, lightly and politely." Vallee wasn't too pleased with the idea of being insulted from beyond the screen but it's an excellent gag and Calloway's joyous 'Reefer Man' is a classic example of the jazz drug song.

Amazingly, a small earthquake struck the set of International House during shooting in California and Fields leapt at the opportunity to fake some footage of a chandelier rocking back and forth in order to ensure the film received maximum advanced publicity through the news reels. That's the sort of man we're dealing with here. Way, way ahead of his time and long overdue a revival.
A
Rudy Vallee - Thank Heaven For You.mp3
Posted by Joe at 11:48