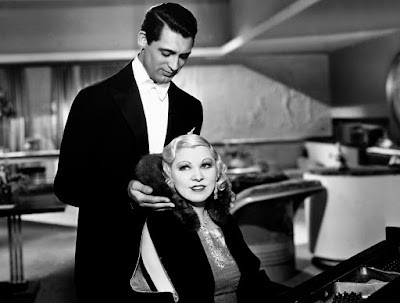 The delightfully named Wesley Ruggles directed this fruity Mae West comedy and it's still a corker 77 years on. West, shimmering sex personified, is on peak form here, her final film before the Hays Office made its 1930 Motion Picture Production Code mandatory and unleashed enforcer Joseph I. Breen, an Irish-American ex-journalist, to spoil the party with his scissors, black marker pens and Catholic prudery. Every roll of West's hips in I'm No Angel, every murmured "mmm" or "oh" is packed with lewd suggestion and she is clearly having a ball taking a lighted match to conventional manners and mores. No one else in the cast can take their eyes off her and the world seems to positively revolve around this extraordinary woman for 90 minutes. Phwoar.

Particularly priceless is the beaming look of amusement on the young Cary Grant's face as Mae defends herself in court in front of an equally besotted judge (Walter Walker). This was Grant's second film with West following the picture that saved Paramount, She Done Him Wrong (1933), and he once said of the experience, "I learned everything from her. Well, almost everything."

The plot, about West's rise from sideshow attraction to wealthy socialite via a stint as a circus lion tamer, hardly matters of course, although the sight of the sexpot star sticking her head between the beast's slavering jaws rivals her shoot-out with the Injuns aboard a moving train in My Little Chickadee (1940) for sheer audacious spectacle. Mae apparently harboured a lifelong affection for lions after being taken to see them at Coney Island by her father as a child. There's strong support here from established character players like Edward Arnold and Gregory Ratoff (Max the producer from All About Eve, 1950) and the songs are a blast, not least 'That Dallas Man' from Mae's extraordinarily limited record collection. 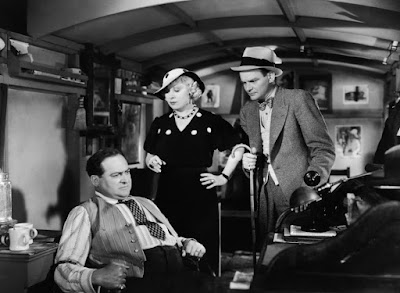 Best line? In a film loaded with West's trademark bawdy quips and double entendres ("It's not the men in your life that counts, it's the life in your men"), it's this weird request to her maid that really had me in stitches: "Beulah, peel me a grape!"